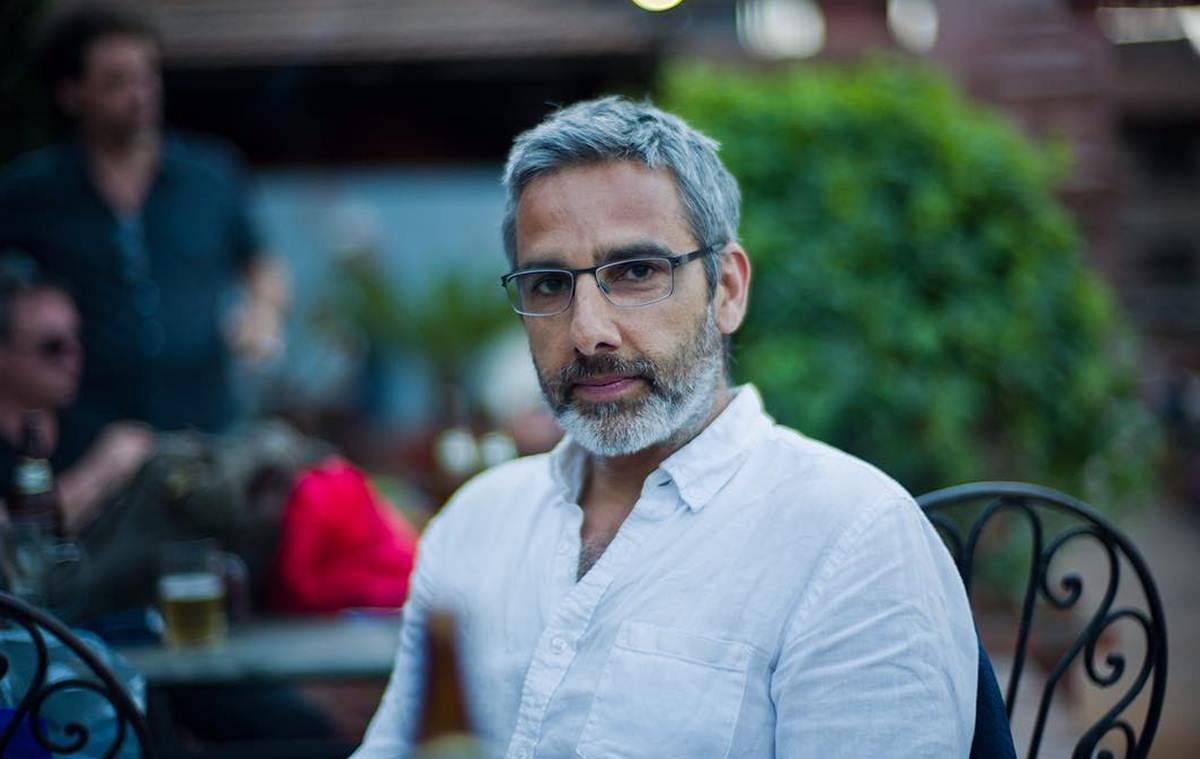 Cinematographer Andrij Parekh has won an Emmy Award for directing an episode of the HBO drama series “Succession.” Parekh, of Indian and Ukrainian descent, was honored with the  ‘outstanding directing for a drama series’ award for the “Hunting” episode. He beat Benjamin Caron and Jessica Hobbs for “The Crown,” Lesli Linka Glatter for “Homeland,” Mimi Leder for “The Morning Show,” Alik Sakharov and Ben Semanoff for “Ozark,” and Mark Mylod for “Succession.” The 72nd Primetime Emmy Awards were held virtually on Sept. 20, and were hosted by Jimmy Kimmel live from the Staples Center in Los Angeles.

The Boston-born, Minnesota-raised Parekh studied cinematography at NYU’s Tisch School of the Arts (MFA in 2001), and at FAMU (Prague, 1998), according to his website. He was nominated for the 1998 Eastman Excellence in Cinematography Award. He apprenticed on “The Yards” (2000) with Harris Savides, and received the 2001 & 2003 ASC Heritage Awards. Apart from TV shows, Parekh has helmed short films like “Dead Roosters” and “Zimove Vesilya,” and has shot over twenty features including “The Zookeeper’s Wife,” “Half Nelson,” and “Sugar,” among others. He has directed three episodes of “Succession.”

Parekh was was named one of Filmmaker Magazine’s “25 New Faces of Independent Film,”  in 2004, and was honored in Variety magazine’s “10 Cinematographers to Watch” list in 2006, In 2010, he was nominated for an Independent Spirit Award for his cinematography on “Cold Souls.” He has recently been invited to become a member of the American Society of Cinematographers.

In an earlier interview with the Indo-Asian News Service, Parekh said that “his Gujarati roots make him good at business, and his Slavic soul infuses an emotional element to his creative work.” He said that being of a mixed race has led him to a cultural place of being an ”outsider” in Hollywood, and “that sets him free from many prejudices. That’s what makes me a good cinematographer and director — I simply watch without trying to interfere too much (with actors). And people can’t pin me down with stereotypes or prejudices. So in many ways I’m free.”

Earlier, on Sept. 19, Australian actress Geraldine Viswanathan starrer HBO drama “Bad Education” was named the outstanding television movie at the Creative Arts Emmys ceremony. The film also stars Hugh Jackman and Allison Janney, along with Annaleigh Ashford, Rafael Casal, and Ray Romano. The film, which opened on HBO on April 25, is directed by Cory Finley. Viswanathan plays Rachel Bhargava, a high school sophomore, who finds a passion for journalism when her puff piece for the student newspaper turns into a full blown investigative reporting.

However,  Indian American composer Siddhartha Khosla lost out to Euphoria in the outstanding original music and lyrics category. Khosla was nominated for the NBC drama series “This is Us.” Others nominated included Priya Swaminathan, executive producer of “Becoming”on Netflix; Subrata De, executive producer for “Vice” on Showtime; actor Dev Patel for outstanding guest actor in a comedy series category for his role as Joshua in Amazon Prime’s “Modern Love”; and Padma Lakshmi for best TV host category along with Tom Colicchio for Bravo’s “Top Chef.”

Dev Dundee: Slumdog Millionaire Star Breaks Up Fight Between a Couple Outside a Store in South Australia