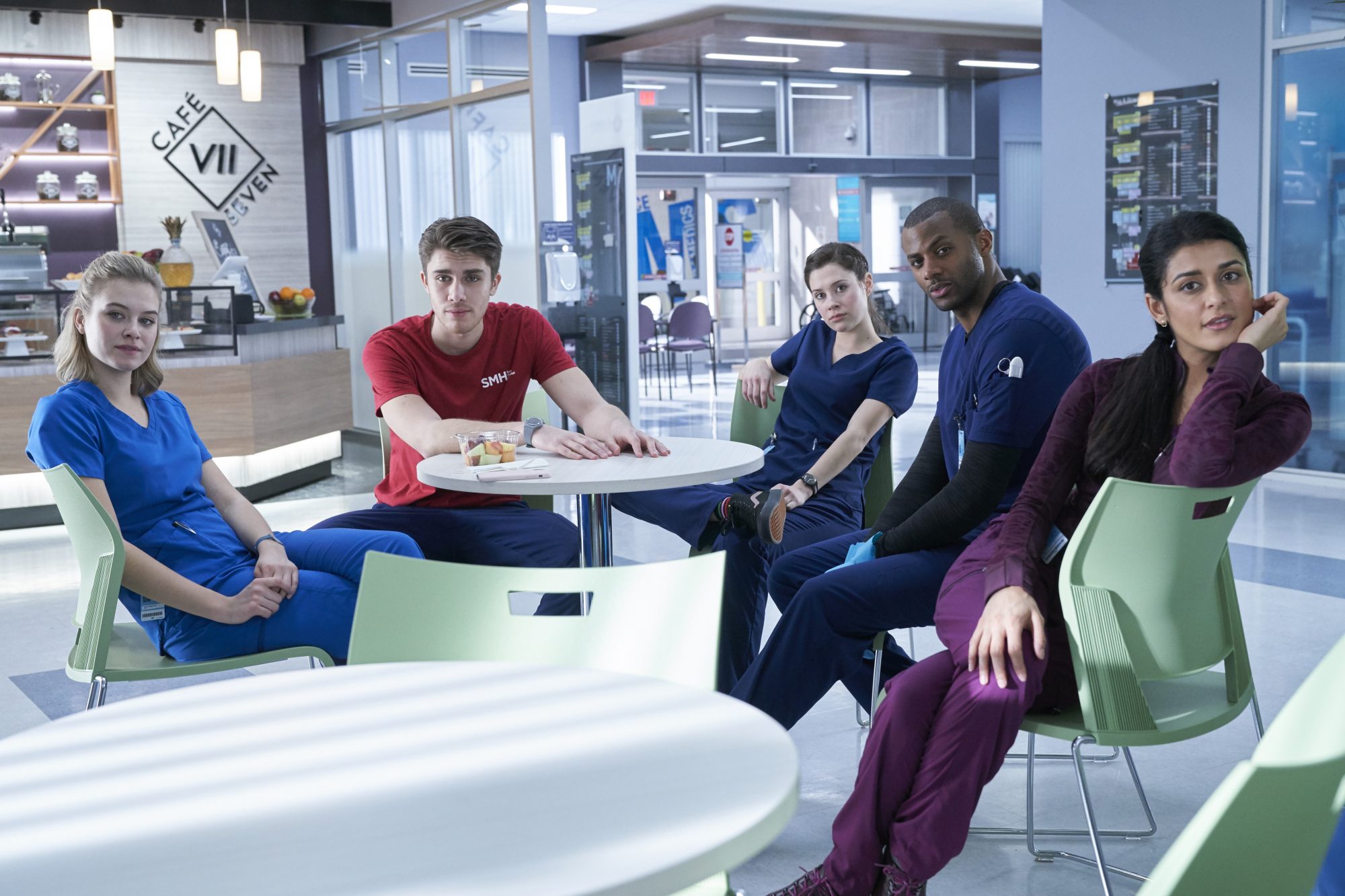 Indo-Canadian actress Sandy Sidhu stars in NBC’s new series “Nurses,” as Nazneen Khan, the whip-smart daughter of a wealthy family in India who moved to Canada to reinvent herself and is now starting her first job.

The show, filmed and set in Toronto, Canada, follows five nurses, fresh out of nursing school, working on the frontlines of a busy downtown hospital, as they learn the ropes of their new careers while navigating friendships, relationships, patterns of the home she left behind and everything in between.

Talking to the Vancouver Sun, Sidhu recalls the audition for the role of Nazneen Khan as being one of the easiest of her career.

“I remember getting the audition and not doing very much prep on it because, instantly, it was like a lightning bolt. I saw the scene, but I also saw the iceberg beneath the scene because I was like, ‘Oh, I know her. I know this. I know the story’,” Sidhu recalls.

Sidhu didn’t have to look far for inspiration for the character.  Sidhu knew Nazneen Khan well in advance of the first audition. Because, in many ways, she tells the Vancouver Sun, Nazneen Khan was her mother.

“My mom is actually an immigrant from India who became a nurse,” Sidhu says, adding, “She was raising three kids while learning English and putting herself through nursing school. My parents are my heroes, so I really did not take for granted this opportunity to play this role.”

According to her bio, Sidhu grew up on an island along the coast of Vancouver, with her parents and two siblings. Her early performing ambitions began at age 14 when she joined her high school’s theater productions, landing several leading roles. Sidhu spent her adolescence taking singing lessons, drawing, volunteering for charities and immersing herself in rehearsals after school.

Sidhu tells the Vancouver Sun that she was aware of her mother’s career as a nurse, but she never fully understood the depth of her impact at the hospital where she worked until she started hearing about it from others in the community.

So, when the opportunity came around to audition for the role of Khan on ‘Nurses’, Sidhu already had an opinion about the character, and who she could be.

“I really had something to say,” she says proudly. The audition, Sidhu recalls, involved just two takes on tape. They booked Sidhu immediately.

“I didn’t even have to fly down for a screen test. It’s kind of unheard of,” she says to Vancouver Sun in disbelief. “They said that when they saw my tape, it was unanimous. They said, ‘That’s her.’”

Sidhu credits the show’s creator Adam Pettle, and its writers, for creating such “an authentic, grounded, funny, brave and courageous character” that, Sidhu says in her interview, honored the personal “journey” that she was experiencing while playing Nazneen.

“I’m really still pinching myself. From Day 1, when I first booked the job until now, it has all felt like a gift,” she says, adding, “I got into the industry for a role like this, for an experience like this. To share a story that, hopefully, will connect people. That’s always the goal with any show or film. You want to bring people together.”

Sidhu however points out to Vancouver Sun that while she’s finding success in her career now — something she’s grateful for — she doesn’t want other actors, or anyone striving to reach their goals, to measure themselves against her experience.

“I don’t want to appear like it was just easy for me. I don’t want people to feel worse about themselves,” she says.

“I had no connections to the film industry when I started. I had absolutely no idea what I was doing. I honestly started just knowing that I love this and I’m going to give it a go. Luckily, I’m stubborn and I don’t give up. And thankfully, through the luck of life, I have been able to piece together a career out of this. I really want people to know and believe that they can do anything that they want to do. I genuinely believe that.”

A 2019 Leo Award nominee for Best Supporting Performance in Hallmark’s “Frozen in Love,” Sidhu trained in classical theater and improvisation at the renowned Lee Strasberg Theatre and Film Institute in Los Angeles.