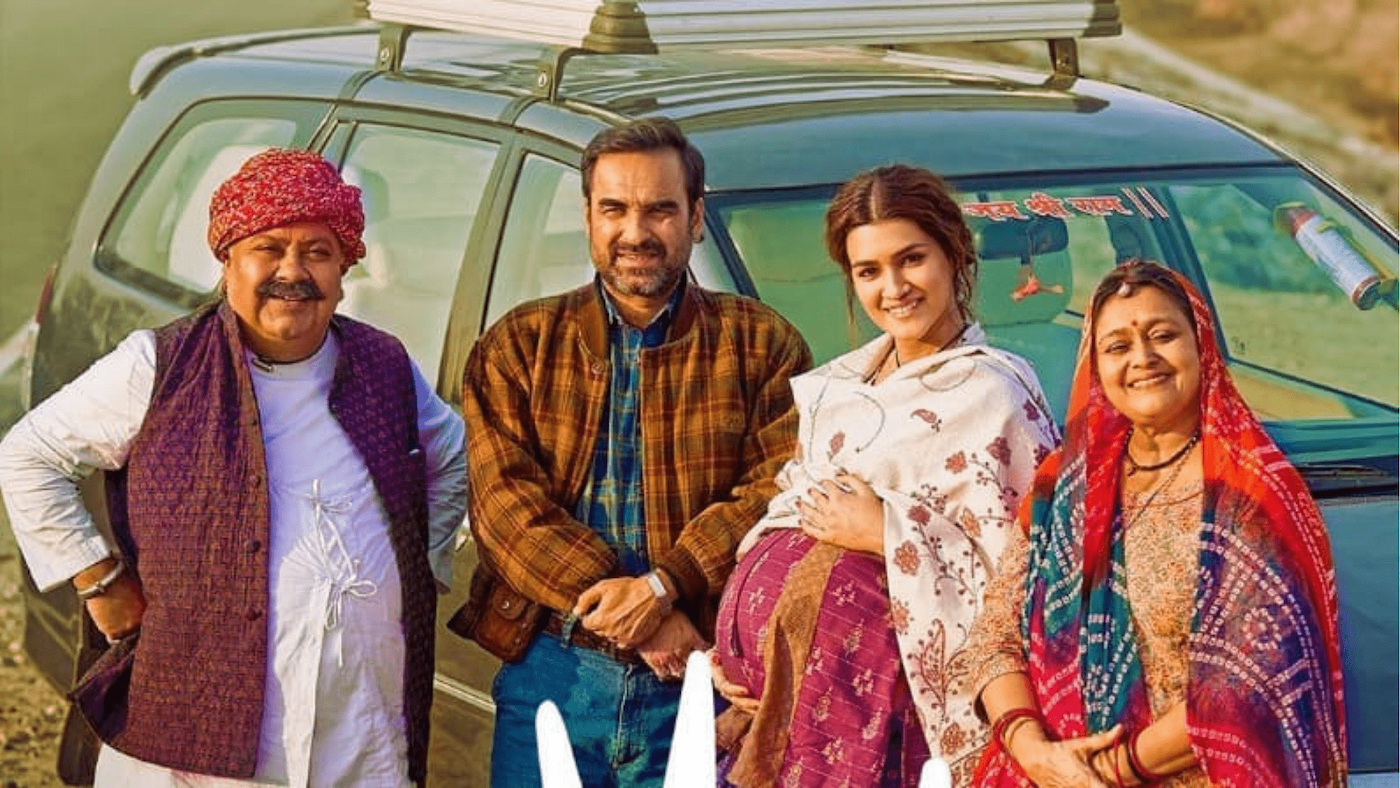 “Mimi” is a recent Indian Hindi film produced by Dinesh Vijan. It is a remake of the 2011 Marathi “Mala Aai Vhhaychy!” When the director Laxman Utekar and Rohan Shankar were writing the script for “Mimi,” they had an opportunity to make an impact but they could not sidestep the emotional mush. The film’s protagonist Mimi is the beautiful and talented dance enthusiast Kriti Sanon who wants to be the next Bollywood sensation. Her father Mansingh Rathore Manoj Pahwa is a music teacher at the Rathore music homeschool in Mandawa, Rajasthan. This hamlet in the Shekhawati region is situated to the north of Jaipur as the crow flies. Everyone has great hopes for the dashing Mimi, especially fans of her performance in Bareilly ki Barfi. But the script has a twist. In her desperation to accumulate cash, and at the persuasion of an oily cabby Mimi puts her plan on hold for nine months. The dancing queen of Mandwa signs a contract to be a surrogate mother for an American couple, Summer (Evelyn Edwards) and John (Aidan Whytock).

Kriti Sanon worked hard for this film, learning the local accent, going to temples, getting her mojuri caught in gobar, and even gaining 15 pounds for the role. Eating everything in sight from the tailor’s khatai, to panipuris, samosas and baraf ka golas. She enters the screen with the same verve as her alter-ego in Bareilly ki barfi but the fireworks fizzle out. But her amazing interaction with her co-star remains. The cabby from old Delhi is the talented and versatile actor Pankaj Tripathi with his sharp on-screen awareness and characteristic understated humor. I wonder if his droll dialogues were written for him or if he improvised them on the go. Paanch lakh ke liye to main hi baccha paida kar doon. Amma ne bahut bacche paida kiye hain, do judwa. Ham bal vivah nahi karte. Das bar namaz padhta hoon (do din ki namaz, ek din mein). Lal mitti ko ubal kar, safed bakri ka bal dal kar pee lena, gora bacha ho jayega. The best one was: Hum driver hain, savari ko manzil tak pahunchate hain.

The two main characters have great camaraderie on screen. Their interaction is funny. But the comedy transforms into a real comedy of errors when Mimi tells everyone that Bhanupratap Pandey is the father of her unborn child. Unpredictable twists and turns bring forth simultaneous tears and laughter. Supriya Pathak and Manoj Pahwa disappear like water in the parched desert sand as Mimi’s parents. Supriya presents a deep understanding of her role as a Rajput mother with her borla and bandhani lugadis. Pahwa as Mansingh Rathore is all false male bravado, and failed expectations. Thoda pani dena, usme jahar mila dena. Typical. The precocious young cousin who helps bridge the generation gap between Mimi and her parents is amusing. Sai Tamhankar from Marathi films as Mimi’s best friend Shama gives a solid supporting performance. Wish I had a friend like her.

The interaction between Mimi and her “gora” son, the little Raj is poignant. Love his Aur batao’ stories under the desert stars. Only someone who has lost a child, in one way or another, can understand the pain of separation. Angana se tori chahak to jaye, mahak nahi jaye. Bhare na karejwa ke ghav. Whether the safed bhoot stayed back with Mimi or flew away in an airplane with his American pari aunty, I will not tell you but the circular gyrations of ghoomar commenced by Supriya Pathak and other women will stay in my heart like home-made ghee in a garma-garam bati.

‘Shaadisthan’: It Could Have Been a Wake-Up Call for Middle-Class Conservatism, Chauvinism

Pankaj Tripathi’s self-deprecating humor and Kriti Sanon’s Rajasthani accent are as delicious as Mewari Ker-Sangri and kachori. Mimi’s bold character falls into a formulaic ending but the humor doesn’t. Perhaps the director Laxman Utekar did not want to expose serious issues surrounding the accuracy of antenatal amniocentesis, the issue with surrogacy and legal adoption in India. Too bad. This movie could have told a powerful tale and Mimi was equipped to tell it. All in all, a better role for Bhanupratap Pande than Mimi Rathore. A movie for family viewing.