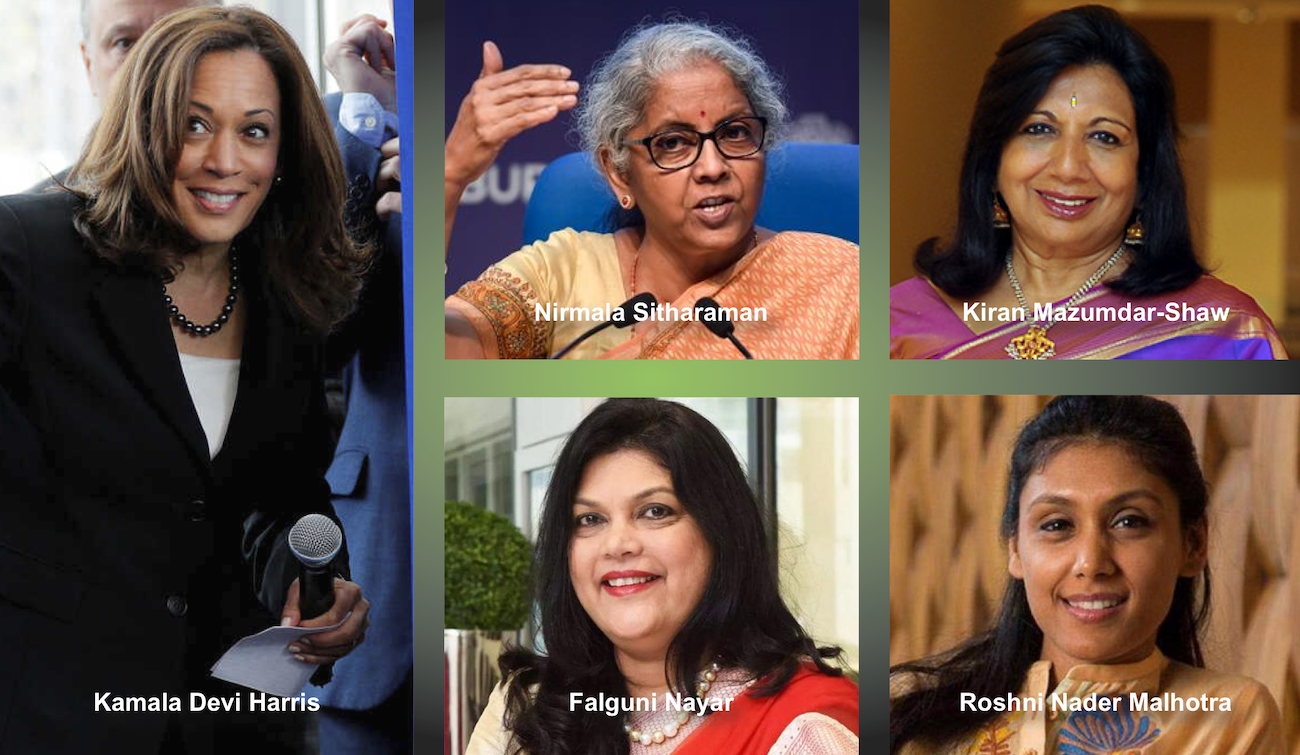 Vice President Kamala Devi Harris, India’s Finance Minister Nirmala Sitharaman and Bangladesh Prime Minister Sheikh Hasina Wajed are among the ‘World’s 100 Most Powerful Women.’ Harris was ranked second with billionaire philanthropist MacKenzie Scott taking the first slot. Forbes says the women on the list have been using their fortune, voice and public platform in a positive way to help others. While the women on the list “come from 30 countries and territories and work across finance, technology, politics, philanthropy, entertainment and more, they are united by a sense of duty.”

Ranked 37th on the list is Nirmala Sitharaman, 62, who was appointed India’s finance minister in May 2019, becoming the country’s first full-time female finance minister. She is also the minister for corporate affairs. Before her career in politics, Sitharaman held roles at the U.K.-based Agricultural Engineers Association and BBC World Service. She has also served as a member of the National Commission for Women.

Joining these two women politicians is Bangladesh Prime Minister Sheikh Hasina Wajed. The longest-serving prime minister in the history of the country, she is currently serving her fourth term. Forbes notes that this is her third consecutive term, after her party, Bangladesh Awami League, won 288 of the 300 parliamentary seats “During what she believes will be her final term, she plans to focus on issues such as food security and access to education and healthcare,” the magazine says, adding that “an ongoing struggle for Hasina, 74, has been establishing a firm democracy in Bangladesh.”

Roshni Nader Malhotra is CEO of HCL Corporation, the holding company for all group entities, and chairperson of the publicly-traded company HCL Technologies, founded by her father, Shiv Nadar, in 1976. HCL became a central player in India’s rise as an IT hub. Nader Malhotra, 39, took HCL’s chairperson role from her father in July 2020. Forbes says Nader Malhotra is “responsible for all strategic decisions for the $9.9 billion technology company. Additionally, she is a trustee of the Shiv Nadar Foundation, which is focused on education and has established some of India’s top colleges and schools.

Kiran Mazumdar-Shaw, 68, India’s richest self-made woman, founded India’s largest listed biopharmaceutical firm by revenue, in 1978. The firm has successfully forayed into the lucrative U.S. biosimilars market, catching the attention of investors. The company has sold 3 billion doses of insulin to date and has Asia’s largest insulin factory in Malaysia’s Johor region. Biocon is working with U.S. firm Adagio Therapeutics to develop an antibody therapy called ADG20 to prevent and treat the coronavirus and its variants. Forbes notes that in September, “vaccine billionaire Cyrus Poonawalla’s Serum Institute of India agreed to acquire a 15 percent stake in Biocon Biologics, a Biocon subsidiary.”

Falguni Nayar, 58, took Nykaa, a retailer of beauty products, public in November 2021, becoming one of India’s richest self-made female entrepreneurs in the process. A former investment banker, she quit her job to start Nykaa, whose marquee investors include U.S. private equity giant TPG Growth as well as billionaires Harsh Mariwala and Harry Banga. Nykaa sells more than 1,350 beauty and personal care brands both online and through its network of stores across the country. Nayar. Nayar’s daughter and son work with her.

Renuka Jagtiani is the chairwoman and CEO of Landmark Group, a multinational consumer conglomerate based in Dubai and founded by her husband Micky Jagtiani. For more than 20 years, she has led the company’s corporate strategy and expansion into new markets. As head of the company, Jigtiani oversees more than 50,000 employees.

Shemara Wikramanayake assumed her current role in December 2018. She joined Macquarie in 1987, and worked within Macquarie Capital for 20 years until being appointed as head of Macquarie Asset Management in 2008. According to her profile in Forbes, she has two sons, and “has been open about how her husband, a former investment banker, helped make her career possible by staying at home.” Born in the U.K., Wikramanayake was raised there and in Sri Lanka before immigrating to Australia with her parents when she was 13.