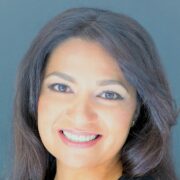 Ending Racism and Casteism: Is Isabel Wilkerson Right to Say a Fresh Coat of Paint Won’t Do, the House Needs to Be Torn Down?

Amid the seemingly unattainable decline of the COVID-19 pandemic, I, like many people in April 2022, found myself in my apartment consuming a steady diet of Netflix and mint chocolate chip ice cream, while nursing a slow-burning itch to roam the planet Earth again.

As my luck would have it, I was diverting myself in some online banter with a European friend who happens to be in the business of film financing. He was also attending this year’s 75th annual Cannes Film Festival. I sarcastically proposed that I would have to come to Cannes to get over my pandemic trauma. Ha, gimme a break. I was NOT going anywhere. He goaded me, essentially saying, “So come.” Two simple words that wrangled me into a state of utter befuddlement. It took about 24 hours for my pandemic-induced vision to clear up, and expose anew the fun, fearless, and spontaneous me that had been hiding for 2.5 years.

And just like that, in true New Yorker fashion, I was going to Cannes in barely 20 days – with no plan. I enlisted my bestie to join me on the trip and we put our PCs to work. In truth, it was a stressful experience to try to scrounge together an itinerary, especially at such a late date.

While looking for accommodation, it’s a good idea to familiarize yourself with the southern region if you are familiar with it. Cannes is correctly pronounced “Can” (as in a can of soda) and not “Kaan” (as in roti, kapada, aur maKAAN [seriously, I couldn’t think of anything else]).

Cannes is a small beach town located on the famed French Riviera which is marked by lovely towns and consecutive bays along the southeastern coast of France. Along the Riveira are famous hamlets and storied playgrounds for the rich and famous such as St. Tropez, Nice (pronounced “Nees”), Eze and the tiny principality of Monaco. To the west is the region of Provence, famous for its wines and lavender fields. All of these destinations make for excellent day trips, or additional stays beyond Cannes.

Cannes has been home to the film festival for 75 years, and for two weeks each May, members of the worldwide film industry, and its myriad supporting trades, descend upon this beach town for the most famous industry trade event. Because it is a summer resort destination, local businesses have just a few months to earn the bulk of their annual revenues, with the most significant portion occurring during the two weeks of the festival.

To the population of mere spectators, the festival is the epitome of glamor, beautiful people, red carpet premieres, fashion, parties and celebrity sightings. It is certainly all of those things, but as I learned, it is so much more – it is an extremely weighted concentration of the business of films and art.

Note: If you will be jet-setting on your private plane and money is no object, skip to #3.

As for last-minute, non-film industry visitors to Cannes, there are some important lessons to be applied so that a visit can be as memorable as possible.

#1 – The early bird is definitely getting the worm

It came as an absolute shock to me how much airfares had exploded in this post-Covid summer travel season. We normally expect to pay more for peak travel times, but for the foreseeable future, last-minute ventures to Cannes (or pretty much anywhere else) are guaranteed to induce some profanity-laced resistance from your wallet.

The same is true for accommodation. Hotels are painfully overpriced during the festival as is, but the clock was ticking quickly to find something within the bounds of decency so late in the game. Of course, we knew nothing about where anything was located, so we took our chances with a hotel that appeared close to The Palais des Festivals et des Congrès (Palace of Festivals and Conferences), which is the main location for festival events. More affordable hotels can be found further away from the beach, the Palais, the town center; and in other nearby towns such as Antibes.

It is a good idea to review the festival calendar on its official website to get an idea of the scheduled events. https://www.festival-cannes.com

Flights to Cannes come in and out of the town of Nice (about 19 miles away) so you will need transport to Cannes and back. There are a few options for this trip. If you have less than two pieces of luggage or have someone to carry your luggage for you; and you are NOT exhausted/jet-lagged from a nine or more-hour flight, take the train or bus.

My inflight neighbor was a lovely woman with a vacation home in Cannes and she graciously advised me to take the bus, because it’s what the locals do. She warned me that taxis are a “rip off” and said the bus was frequent, convenient, fairly quick, and inexpensive. So of course, I listened to her, and that was a huge mistake.

An Uber or taxi door to door from Nice airport will cost €60-80.

#3 – You don’t have to be credentialed to be in Cannes, but you won’t get into any cool Festival events or venues without a credential

The Festival is an industry trade event, and security is taken seriously – as it should be. Unless you have credentials, special invitations or tickets, you will not be allowed into the majority of the events, screenings and venues such as the India Pavilion, where the Desi delegation is obligated to visit. If you stand outside the Pavilion, you will likely see some Indian film or entertainment personality.

Luckily, all is not lost. There are different Red Carpet events literally every day and large screens set up for public viewing. The hotels, bars, shops and restaurants are full of famous and not-so-famous film and supporting industry personnel, so it is easy to be integrated with attendees and experiences. It’s literally all around you.

The best locations to enjoy public Festival events and people-watching are the hotels such as the Martinez, JW Marriott, Majestic and others. Many Festival attendees stay at these hotels, and they are also the locations for screenings, parties, galas, international pavilions, networking meetings, and corporate-sponsored VIP areas.

It is an absolutely delightful sight to see crowds of people gathered outside the hotels with cameras in hand, to catch a glimpse of someone famous in the parade of beautiful and beautifully dressed people stopping outside and posing for photos. With each face that emerges from the hotel, or that walks out of a car, people are snapping pictures and videos and exclaiming, “Who is that?” “Do you know who that is?” “Where is she from?”

The festival is a truly global event and it is easy to forget that films are being produced outside of Hollywood and Bollywood. There are numerous celebrities and personalities from all over the world, so it is a humbling experience to see the vast number of people whom I did not know, but who were there in droves representing their countries and industries.

I was at the Majestic Hotel and noticed a Korean film event was set up in the very room in which I had attended a gala the night before. I am a big fan of Korean films and shows, so I was giddy and thrilled when actor Lee Jung-Jae of “Squid Games” fame glided past me to enter the event for his new film where made his directorial debut in “Hunt.”

Some venues are open to the public, such as the beautiful Italian pavilion (which also happily served complimentary cups of proper Italian espresso), as well as hotel bars and lobbies. The beachfront also has movie screenings set up at night, so it is a wonderful way for families to gather and partake in the festival energy. I happened to catch a showing of the cinematic masterpiece “The Godfather.”

Each night outside the Palais des Festivals et des Congrès (Palace of Festivals and Conferences), chairs and grandstands are set up so that people can view the Red Carpet arrivals. In addition, there is a large screen also set up so that all can see the attendees for that night’s events. Pedestrians can stop and watch and carry on. Red Carpet events happen every single night, and there are many, many attendees, so an observer can get their fill of them quickly.

#4 – Most restaurants and bars close early, so proper reservations are best or the late-night kebab place at the train station might be your only option.

There are so many wonderful dining options in Cannes. While many restaurants can easily accommodate walk-ins, particularly on and around the rue d’Antibes area (which is the heart of the city center), because so many venues are closed for private events, it’s best to make a reservation for dinner. If possible, take a lovely stroll along La Croisette, which is the waterfront promenade, and dine at one of the restaurants and snag a beach chair for €100.

Cannes has no shortage of dining options, from Michelin-starred La Palme D’or to local mom-and-pop treasures such as Mijana Lebanese cuisine. There is something for everyone. A table at Luigi or Vesuvio is a great spot to enjoy delicious meals and watch the festival-related action across the street at Hotel Martinez.

Most restaurants and bars close at around 10 pm, so for late-night dining, drinking or socializing, options are extremely limited.

#5 – The Festival is a business event

The interesting thing about the festival is that it is first and foremost a business convention. Everyone there is hustling and selling or buying something. A screenplay, a contract, a handsome face, a clothing line, a fragrance, a financing package, a distribution deal, a production partner, a charitable donation, a new brand, a potential audition, a writing class, a marketing campaign, a makeup expert, a manager, an agent, a lawyer, a musician, a dancer, a photographer, a story, a dream – that perfect meeting. The festival is ruthlessly about the business of art and film. The glamour, celebrities and premieres are almost a sideshow to a gathering whose essence is pure and simple sales.

Overall, for a last-minute thrown-together trip, the Cannes Film Festival was a marvelous adventure with something for everyone. It was the perfect opportunity to embrace the reopening of the world.

Until next year, au revoir!

Anupa Naik lives in Beverly Hills, California. She arrived as an immigrant to the U.S. as a young child and has lived in Chicago, New York City and Los Angeles. She speaks Gujarati, Hindi, English and Spanish fluently which gets her by with Portuguese and Italia. An avid traveler and self-proclaimed Europhile, she has traveled to six of seven continents and has a notorious knack for spontaneous adventures and often traveling without a solid plan. This has led to plenty of adventures, hilarious misadventures and countless memorable experiences. She is happiest when she is exploring the world and offers an interesting perspective as a vegetarian woman who sometimes travels alone to unfamiliar destinations. Her dream job is to have her own travel TV show.