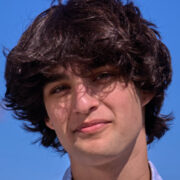 Glancing across the New York Times one morning, a headline covering the humanitarian crisis in Ukraine caught my attention – ‘Putin Oligarch Finds Himself Pariah in West’s Playground.’

‘Pariah’ – what an interesting word. A word so deeply rooted in oppression and violence, and yet so nonchalantly employed. In the 1600s, ‘pariah’ referred to a low-caste individual. During colonial rule in India, the colonists brought the term back to Europe with them. Contemporaries use this word as a pejorative, to relegate people to an inferior status. The etymology of ‘pariah’ in modern English is rarely mentioned and seldom analyzed, though it appears regularly in the media. America may not have colonized India, but this Times headline shows that America adopted the language of colonization as its own.

A study conducted by Pew Research Center in 2019 determined that 78% of Black Americans polled believed the U.S. had not done enough to decrease the racial inequality gap. Only 37% of White Americans felt the same way. The stark difference excessively illuminates one simple truth – for Black Americans, racism is a constant problem, and for white Americans, it’s all in the past.

In India, caste is deliberately based on segregation. For example, many high-caste people report not having friends from low-caste groups, nor believing in inter-caste marriage. Caste discrimination is more deeply rooted in the organization of society, and the ways that historically oppressed and oppressive groups integrate.

To understand the caste system in India, and the race-based system in America, as similar, a deeper dive into their histories is necessary. These systems are positioned on a sense of inherent superiority, and the power that accompanies it. Thus, these systems are fear and shame-based, using violence as a means of control.

During the era of slavery in the U.S., slaveowners would often ‘make examples’ of slaves who were not adequately obedient. Public beatings, murders, lynchings, and rapes occurred to subjugate the subordinate groups. Even today, after the abolition movement, Black people regularly experience lynching and other hate crimes at the hands of white people – harkening back to similar, not-so-ancient fear and violence.

Brutal tactics devised by white slave owners in the U.S. were so abhorrent that the Nazi party in Germany was inspired by them. Adolf Hitler once marveled at the American “knack for maintaining an air of robust innocence in the wake of mass death,” according to the New Yorker magazine.

In India, violence and humiliation continue to be integral to maintaining the caste hierarchy. Low-caste individuals, known more commonly in the U.S. as ‘Untouchables’ are just that – untouchable. Social laws prohibited low-caste members from touching, much less being in the presence of, high-caste members.

Though many forms of caste discrimination have been removed from law, casteist beliefs, ideologies, and obsolete practices still run rampant. High-caste people not wanting to intermingle with low-caste people is something that India struggles with to this day, and in a more structural sense, job and housing availability, education, and general upward mobility remain issues for lower-castes.

Being of a Brahmin background myself, I’ve witnessed such casteist ideologies being tossed around in close quarters. Visiting my family in India, I’ve long known to take their dated opinions about caste with a grain of salt. Similarly, on my white-European side, antiquated and microaggressive beliefs about non-white people are still held.

These anachronistic notions exist cross-culturally as well. Some of my Indian relatives moving to America, having learned about America through a white lens, and having little exposure to non-Indian people, deliberately steered clear of majority-Black neighborhoods. Unwillingness to unlearn bias is a major proponent of casteism and racism in both societies.

The Spy Who Loved Me: ‘Mission Majnu’ is a RAW Homage to India’s Foreign Intelligence Agents

The idea of inheritability is another way that casteism and racism have managed to endure centuries of social and political change. In both America and India, anti-miscegenation laws, those that prohibit members of different castes and races from marriage and procreation, have been used to keep bloodlines ‘pure.’ The concept of eugenics, a crucial contributor to violent antisemitism in Nazi Germany, similarly influenced U.S. domestic policy surrounding interracial marriage. Interracial marriage was finally legalized in 1967 in all U.S. states.

Before then, Black, and other non-white people who were caught in interracial relationships were punished. As a mixed-race person, it’s difficult to imagine growing up during the era of these laws. Yet anyone like me, born just 56 years ago, would have been considered “illegal” in most parts of America. Similar ideals exist in India in various capacities. In 2019, less than 5% of all Indian marriages are inter-caste, according to the BBC. Conceptions of familial purity and separation of castes have seeped into modern days, forcing societal shame upon inter-caste couples.

Last year, I read “Caste: The Origins of Our Discontents” by Isabel Wilkerson. In it, Wilkerson compares and contrasts the U.S. racial hierarchy and the Indian caste hierarchy. She determines that these systems are more similar than they seem. Ultimately, they are systems of power born from human greed and perpetuated by that same thirst for endless upward mobility and power through subordination and violence.

She metaphorically expresses these systems as being a simple house. From the outside, the house is seemingly perfect and strong. Upon further inspection, however, the house is crumbling, and soon the house will be untenable from centuries of cruelty and violence. It’s not enough to slap on a fresh coat of paint – no; the house needs to be torn down. And in its wake, Wilkerson advises a new house be built. This time, with a stronger foundation. This time with drywall and sturdy bricks; with compassion and love. Only then will this house be a home for everyone.

Sahil Novetzke is a senior in high school from Washington state. He is mixed-race and has spent most of his life traveling between the USA and India and developing relative familiarity with both sides of his culture. He has always tried to draw parallels between his life in the states, and his life abroad, and as a person who is interested in social justice and activism, he has thought a lot about racism and casteism, methods of oppression and subordination, and systems of violence, injustice, and power.