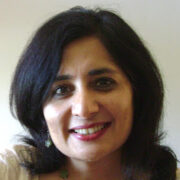 OkCupid: Serial Dater Sunder Ramu is 30 Dates Away to Meet his Target of 365 Dates

On August 8, a group of Yemeni American and antiwar activists held a memorial in the heart of downtown San Francisco to commemorate the deaths of 40 Yemeni children. They were killed three years ago by a U.S.-made 500-pound bomb dropped on their school bus by the Saudi-led coalition that has waged a brutal war on Yemen. At the poignant public memorial that I attended, activists laid 40 backpacks on the ground in Union Square, strewn with white roses, and surrounded by children’s sneakers. As shoppers walked through the busy commercial district, Yemeni American community members shared their sorrow and also outrage about the tragedy in Yemen. This unofficial eulogy for the ungrieved lives of the Yemeni children was also a protest of the ongoing but forgotten war on Yemen that began in 2015, and that has devastated an already poor and struggling nation.

I want to note at the outset that people often think that it is the lives of children and women that are more grievable, largely because of an assumption about the presumed innocence of children and mothers. However, in my view, it is not their innocence that makes children more worthy of empathy, but it is the broader injustice, in this case, the war and suffering that has destroyed an entire society. The U.S.-backed proxy war that has devastated Yemen began under the Obama-Biden administration and it has been made possible by continuing U.S. support for the Saudi-led coalition that has bombed and starved the Yemeni people for six years and the drone war that began even earlier.

The “forgotten war” in Yemen has led to the world’s worst humanitarian disaster in which over 100,000 people have reportedly been killed. Now, with the deadly COVID virus, Yemenis are being killed by the pandemic even as they are already dying due to cholera and other public health crises in Yemen. The Covid virus has spread with a fatality rate in Yemen that is five times the global average. An estimated 20 million people are food insecure, over 15 million people need safe water and sanitation, and the healthcare system has been devastated, while cholera and other treatable diseases have led to mass deaths. Yet this has been a largely invisible tragedy as well.

I spoke at this rally in solidarity with the Yemeni community as an Indian/South Asian American. You might ask: why should South Asians in the U.S. care about this war on Yemen? First, the war is a continuation of the intervention of foreign powers that have constantly tried to undermine Yemen’s sovereignty and fomented division and instability in the country since the era of the British empire. As people hailing from nations that were also colonized and plundered by British imperial rulers, we share a history of Western colonization and struggles for independence and national sovereignty.

Furthermore, India during British rule was closely connected to Yemen, beginning with the extractive expeditions of the East India Company. In the 19th century, the East India Company looked to export coffee, saffron, frankincense, and myrrh from Yemen and identified the port city of Aden in South Yemen as a strategic location for fueling ships plying between India, the Arab peninsula, Africa, and Britain. (Few people know that Yemen is actually the birthplace of coffee, a fascinating story recounted in Dave Eggers’ wonderful book, “The Monk of Mokha”). In 1839, Aden was occupied by the British navy—and ignominiously, with the participation of Indian troops fighting imperial wars abroad for their colonizer—and became the first colony under the reign of Queen Victoria. Until 1937, the colony of Aden was ruled by the British from their base in India, underscoring the shared colonial history linking the two regions.

A Yemeni American scholar, Neama Almeari, has done important research on this history of British colonization of Yemen and how it spurred the migration of Yemenis to the UK as subjects of the British empire. Yemenis were recruited as sailors, or “lascars,” to work in tough jobs on British ships, similar to the migration of Bengali sailors who also jumped ship in port cities in the UK and later the U.S. and created diasporic communities, a history excavated by Vivek Bald in “Bengali Harlem.”

In the current moment, migration from Yemen has been curtailed by the U.S.-backed war, on the one hand, and by U.S. immigration policies, on the other. Yemen has been strangled by the U.S.-backed land and sea blockade that has prevented food, fuel, and medicines from entering the country, and mass starvation and economic crisis have deepened. Trump’s anti-Muslim/African/Arab travel bans left Yemenis stranded in a war zone, some in makeshift camps for internally displaced people and others forced to flee on dangerous journeys given the closure of the airport and major seaports. Moreover, families in Yemen that had relied on economic remittances from overseas Yemenis for survival are no longer able to receive this aid due to the economic crisis impacting Yemeni Americans during the pandemic as well as U.S. sanctions that have restricted wire transfers to Yemen.

I have been doing research in Oakland since 2019 on the impact of the travel ban, the war in Yemen, and the pandemic on Yemeni Americans, who own many of the corner stores in the Bay Area that remained open during the lockdown as essential businesses. These small businesses served their communities and were generally staffed by family members who endured health risks in order to stay open. Yet the multiple crises endured by these Arab/Muslim American essential businesses is little known, as they have also been impacted by a transnational lockdown. While much attention during the Trump administration was (rightly) focused on the crises of family separation at the U.S.-Mexico border, I have heard many troubling stories of Yemeni children separated from their parents due to the travel bans, and families scattered across borders, from Djibouti to Malaysia.

In the U.S., Yemenis continue to be targeted by racist and Islamophobic surveillance and policing programs in the post-9/11 era. They have had to deal with crises of de-naturalization via passport confiscations, immigration delays due to secret blacklists for national security, and surveillance. There have been passport confiscations of U.S. citizens by the U.S. embassy in Sana’a from 2012-14 that resulted in “the exile of dozens of American citizens in Yemen” during a period of “humanitarian crisis and violent chaos.” South Asian Americans who are Muslim have also felt the brunt of post-9/11 counterterrorism and surveillance policies that violated their civil and immigrant rights and created a chilling effect that has had long-term repercussions on the community. This precarity for Muslim South Asians is amplified given the Islamophobia and support for Hindutva nationalism that exists in some segments of the Indian American community.

An Exposé of Dark Chapter: ‘The Kashmir Files’ Uncovers the Despair of a Silenced Generation

On January 25 there was a Global Day of Action for Yemen to mark the sixth anniversary of the war and a car caravan and outdoor rally in San Francisco. Approximately 150 cars drove through the streets of the Financial District, some with hoods draped with Yemeni flags and others with signs taped to their windows, honking as they stopped at intersections. I participated in the protest myself and as I drove by a downtown construction site, some workers spotted the antiwar sign in my car window and yelled, “Send the bombs there!!!” I am not sure if those men on the sidewalk even knew where “there” was and if the distance from the Gulf made it possible to support bombing other brown people or if they simply lacked knowledge of the war in the first place. While the Biden administration stated support for “offensive” operations in Yemen would end, Yemeni Alliance Committee organizers such as Jehan Hakim point out this is an ambiguous position that leaves room for other kinds of attacks on a blockaded and besieged country.

It is time for this tragic war in Yemen to end and for the U.S. public to take stock of the ramifications of their general silence and the erasure of this suffering in the mainstream media. It is also important for South Asians in the U.S. to reckon with the legacy of Western colonization and stand in solidarity with other communities that continue to struggle with foreign interventions that have deformed and destroyed their societies, from Yemen to Afghanistan and other nations around the globe. As the 20th anniversary of September 11, 2001 approaches, I hope that we can see an end to the long War on Terror that has wreaked havoc on so many communities and instead create genuine safety and freedom from fear and violence. As children in the U.S. return to school in many places in the U.S., and I see kids in my neighborhood walking down the street with their backpacks to school, I hope for other children to have the freedom to go to school without fear of being bombed or droned.

Sunaina Maira is a Professor of Asian American Studies at UC Davis and a Mellon/ACLS Scholars and Society Fellow, 2019-20.