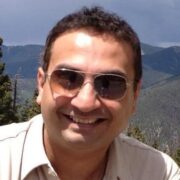 It only took a week for the majority of our country to fall in love with Democratic nominee for vice president, Sen. Kamala Harris, who was thrust into the national spotlight when Joe Biden announced her as his running mate on August 12. That is also the day I changed my Facebook profile picture and added a “Kamala” banner, as my official show of support for the first woman of color to ever be nominated to run on a major party’s ticket.

In the week following the announcement, though, I stumbled across article upon article about her mixed heritage, about how she identified primarily as African American, about how she wasn’t Indian enough. But, Kamala put all the South Asian naysayers to rest during her rousing speech on the third day of the virtual Democratic National Convention, when she celebrated her biracial roots and paid homage to her five-foot-tall Indian mother Shyamala Gopalan, who raised both her daughters “as proud, strong black women with an Indian heritage” and, unfortunately, died from the very disease she came to America to cure.

As I was listening to Kamala’s poised, compassionate, eloquent rhetoric about her predecessors who paved the way, the resilience of essential workers and our chance to change the course of history during this election, I had three major revelations:

Revelation One: Everything that generations of Indian families have been yearning for since they started emigrating to America in 1965 is right here … in this moment. All our parents and grandparents ever wanted was to be seen, to be heard and to be respected. This part of their American Dream may have remained on the back burner, as some aunties and uncles focused their immediate attention on amassing wealth, educating their children and marrying them off into respectable homes, only to end up retiring back in the motherland. But because we now have a half-Indian, half-Black woman, who may very well hold the most powerful office in the free world four years from now, I truly believe every immigrant in America has full liberty to dream bigger, rise higher, achieve better.

Revelation Two: I am clearly a flag-waving, passport carrying, national anthem-singing Indian American because at least a dozen of my non-South Asian friends texted me during Kamala’s speech to ask if I was watching, to which I responded back one word: “Sobbing!”

Revelation Three: The South Asian vote is stronger and more sought after now than in any other national election of the past. Today is the perfect example: in one day, I was invited to attend the online Hindu Delegates Prayer & Meditation Confirmation, the first time Hindu Americans have ever been included in the official schedule of the Democratic National Convention; following that, I joined a virtual happy hour for SAAVE, the South Asian American Voter Empowerment group (www.saavetx.org), where former Texas Congressman Beto O’Rourke and celebrity chef Padma Lakshmi reiterated the importance of engaging the South Asian voting block in order to defeat Trump. After another half hour of power-pointed screen shares and impassioned volunteer pleas, I was sold. So sold, in fact, that I will now be volunteering to text hundreds of unknown Indians around my state to encourage them to register and vote on Election Day. Nothing like the persuasive power of celebrity endorsements.

But the buck does not stop with us. Now that we have the momentum, we need to rise to the challenge. How can we do that? Three simple ways:

On a personal note, I have had one major goal during the Democratic National Convention: to convince my strong-willed parents, who have been American citizens for decades but have never exercised their privilege to vote, to cast their first ballots in the upcoming election (the most important election of our lifetime, as I see it). We sat side-by-side and watched hour-after-hour of moving speeches and well-edited testimonials around the pandemic, racial injustice, immigration, global warming and the economy in complete silence, while I was usually fighting back tears. But tonight, something finally shifted in them. Something that has not shifted in the 30 years we have called America home. At the end of Kamala’s speech, they both looked at me and assuredly asked, “So how does this mail-in voting thing work again?”

Jitin Hingorani is an entertainment reporter, publicist, film festivals director, arts curator, events stylist and luxury travel concierge based in New York and Texas. He moved to Houston in the 8th grade from Mumbai, and has lived in the U.S. for more than 30 years. His passions include independent films, travel and interviewing celebrities. Occasionally, he feels inspired enough to write.