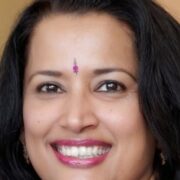 Through Warzones and Wastelands: Pico Iyer’s New Book Lays Out a Peregrinator’s Roadmap to Paradise

Over the years, I have seen so many books written about marriage, relationships, long term partnerships as well as many books on various parenting philosophies and strategies. However, I have yet to see a book that connects the two — a book that explores how intimacy between parents is intertwined with parenting and how issues in one seep into the other.

Even brilliant parenting experts like Shefali Tsabary in her book “Conscious Parenting” talks about self-awareness and self-care but hardly talks about the other person in the parenting team. In my limited experience as a mental health professional, I see the two being very interrelated. Whether you are in a long-term marriage, divorced with shared custody, long-term partnership, step-family, heterosexual relationship, same-sex marriage, or a single parent, my hope is that these findings will resonate with all of you.

There are two people on a parenting team. In most families, it is the two parents. In some families, it could be a step-parent, a grandparent, or a significant other. These two are the foundational beams of the building called “family.” In a relationship, when the two partners have not fortified their partnership, the effects are felt in how they parent their children and/or their pets. Healthy partners have a sense of balance and harmony between them. As they say, “there is no I in team.”

Healthy partners have a sense of “us facing the world”. They support, balance, complement, challenge, and advocate for each other. As every parenting book would say, you have to model a united front for the children. Otherwise, the child will pit one parent against the other and manipulate you. So what happens when the partnership/marriage has issues? How do those issues seep into the parenting dimension? Let us explore the many ways in which such issues can manifest as problems in parenting and muddle the waters.

One of the ways this can happen is through “enmeshment.” This is a concept in Psychology where the boundaries between the parental subsystem and the children subsystem are diffused and there is insufficient differentiation between a parent and child. This happens when one of the parents is using a child for meeting their emotional needs that should have been fulfilled by their partner.

Let’s say, for instance, a woman is lonely in her marriage because her partner is very preoccupied with his/her career. The woman derives great comfort tending to her infant daughter who gives her so much love. Over the years, the daughter becomes the mom’s confidant, best friend, philosopher, and guide. It can happen that when mom and dad fight, the daughter takes it personally. Boundaries between mom and daughter are fudged, and the daughter absorbs her mom’s wounded energy and gets offended by dad’s behavior as a husband.

The child then starts to advocate for the mom with the dad and becomes the third wheel in the relationship. Sound familiar? I have met many a client who cannot move on with their adult lives and differentiate sufficiently because they are so caught up in their parents’ marriage and are playing a protector or guardian role for one of the parents. Others fail to launch and stay home because they are unable to individuate from the enmeshed parent.

Another manifestation is through a concept called “triangulation.”  Triangulation is when the child becomes the keeper of the marriage and takes upon itself the responsibility for the homeostasis in the partnership. In triangulation, the child isn’t quite enmeshed with any one parent but rather takes on the burden of maintaining the family’s peace and harmony. For instance, I once heard a client remark that her husband did not feel the need for couples counseling because he felt that their middle schooler was an excellent mediator and could help them as effectively as any professional.

Another way this can manifest is when parents overshare inappropriately with their child about their marital issues of sexual intimacy, infidelity, emotional intimacy, financial issues, and so on. Many such children continue to play the role of the mediator years after they have left their parental home.

In some other homes, a child gets promoted to the default spouse. Such children can be called “parentified child / adult child.” This especially happens when there is an absentee spouse, or if a parent is single, divorced, or widowed. In such cases, typically the eldest-born child or a male child in some cultures gets prematurely and inappropriately promoted to take on the role of the other head of household. In these cases, the child may start acting as a parent to their younger siblings and in some cases may also start acting like a partner to mom rather than as a child.

Such premature adulting can cause anxiety, fear, over-responsibility, martyr complex and exhaustion as an adult. I have seen such parentified children grow up into adults who never marry, and feel lost as an adult in their family because their siblings are all grown up now and they have no role to play and end up as the primary caregiver for the parent.

Lastly, one other unfortunate manifestation is called “detouring.” Detouring occurs when parents, rather than directing anger or criticism toward each other, focus the negativity on the child and the parent-child conflict thus serving to distract from the tension in the marital subsystem. Many times, the child unconsciously takes on the role of the “problem child,” so the marriage can stay intact. These are cases when the family seeks counseling for the problem child when the real issue is the couple and their marital problems.

Such manifestations are especially present when a teenager is acting out, has substance abuse issues, or is calling for negative attention in the family so the focus stays on them, thus keeping the marriage intact. It takes a savvy therapist to understand where the real issues lie and help unburden the child from playing such a role and turn attention back to the couple.

As you can see from these examples, relationship between the couple directly affects how they parent their children. In a healthy family system, the couple subsystem is strong, their emotional needs are appropriately met by each other so that their parenting becomes only about what is in the highest well-being of the child.

Parenting has nothing much to do with the child. It has got everything to do with you. If you take good care of yourself physically, mentally, spiritually, emotionally, and invest in your partnership/marriage, then everything else flows effortlessly and beautifully from there on. When you parent from such a place of wholesome well-being, then and only then will your parenting be effective, healthy, conscious, compassionate, boundaried, and your children will thrive as a result.

Vinutha Mohan is a California-based licensed marriage and family therapist specializing in trauma. Before her avatar as a therapist, she spent over fifteen years in the corporate world.