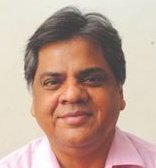 From Shantytown to Space: Jaykumar Vaidya’s Unlikely Journey From Mumbai Slum to NASA

Perceptions in most of the cases are far away from the ground realities, but they are dangerous, not only for individuals but also for the systems or organizations, including the government and the country. If we go by the prevailing perceptions in the country under Covid attack, then the Modi government, like many people, is on the death-bed.

One could understand if this perception is systematically nurtured by the habitual Modi-critics and those living or operating in the still formidable Congress-echo system that includes the national media. It is not so any longer.

Even the erstwhile diehard Modi supporters now say that it is time for Modi to go as he has utterly failed in managing the Covid in the country. They also believe that India’s carefully built international image over the years, for which Modi himself had contributed a lot, is now in shatters. Modi has made India now to beg for international assistance for the Indians to save their lives.

I will quote facts and figures, freely available in the digital platforms but totally overlooked, to argue that the above perception and the realities are totally different. But I do not know whether it is Modi’s immeasurable arrogance and care-free attitude or his aversion to build a talented media-team in his government (in fact, in two years into his present innings, he has not even cared to form a complete council of ministers or cabinet to help him; some of his cabinet colleagues have multiple portfolios, some of them are even misfits for working effectively at the Panchayat levels but made cabinet ministers, and some of them are really competent but denied to utilize their talents) that are contributing to this perception.

To begin with, whatever the people living in Congress-echo system may say, the handling of the first wave of the Corona-attack by the Modi government had been widely recognized. Even the usual vocal critics like the Washington Post, BBC, NPR, Al-Jazeera and Fortune had written articles about how well India had done in bringing infections down, proved the experts wrong and defied the scientists’ dooms-day predictions.

Observers like Syed Iqbal Simnani, VP Technology, Deutsche Bank, wrote recently, “Many commentators are making claims that India’s response to Covid has been bad from the beginning; also it is being asserted that the second severe wave was entirely predictable and the oxygen shortage was a simple solvable problem. Was it? I argue that India’s response to the first wave was much better than the global average. Pandemics are rare events which can overwhelm systems. Due to a much larger population, there was always a risk of a pandemic like Covid overwhelming India’s limited health infrastructure.

And India did react quickly to the first wave of Covid in early 2020, putting in place a very admirable public awareness campaign and a nationwide lockdown keeping in view the systematic risks of a large-scale pandemic. Of course, there were heart-breaking scenes like a very large number of migrant workers leaving cities en masse and for their villages without any transport. There are always lessons to be learned, but under the circumstances, the government of the day did a good job.”

As Washington Post reported, back in early February, hospitalization numbers had plummeted, and India was reporting about as many new cases per day as New York state, despite being 50 times as populous. May be this made Modi overconfident and the government as well as the people overlooked the importance of anti-Covid appropriate behaviors. India started helping the foreign countries with medicines and vaccines, something that is under the most severe attack today.

It is forgotten that some of the vaccines had to be sent abroad as per the terms and conditions under which Indian vaccine makers had got the intellectual property rights that belonged to the foreign companies. In fact, it is because of this that the international community is more ready than ever before to repay the Indian gestures and stand solidly behind India.

It is a huge success of the much maligned vaccine diplomacy of India in February and March that today that around 15 countries, including the U.S., Russia, France and the United Kingdom , are rushing critical emergency use equipment to enable India counter the COVID-19’s deadly second wave. They are sending hundreds of oxygen concentrators, respirators and large quantities of liquid oxygen to help ease the difficult situation facing India.

Did Modi do nothing to improve the health-structure of the country after the first wave? Facts reveal that whereas in the beginning of January 2020 there was only one lab with a capacity of undertaking a few hundred tests per day for Covid-19, today, India has conducted nearly 32 crore tests in total through 2,500 plus labs, hitting a global high of 20 lakh tests per day. There has been similar exponential increase in the availability of ICU beds, ventilators, PPEs, and N95 masks. The production capacity for liquid medical oxygen has been expanded more than ten times, from a pre-pandemic 700MT per day to over 9,000MT per day in May, accompanied by similar increase in cryogenic tanks in hospitals, and oxygen cylinders, oxygen concentrators and PSA oxygen plants. And this expansion is still continuing.

Similarly, much against the accusations that there has been no coordination between the state governments and the central government, Principal Secretary to the Prime Minister P.K. Misra has revealed how “on the contrary, there is a lot of collaboration and dialogue between the Centre and the states – at the political as well as administrative level. Over the last year, on an average, the PM has met and consulted with the CMs more than once a month. This is in addition to bilateral discussions with states facing specific problems. Cabinet secretary has met with state chief secretaries more than 30 times over the last one year. Health ministry has conducted over 100 interaction meetings with states. Everyone – at the Centre as well as in the states – recognizes that we have to work together. We are collaborating all the time. It is very intense and is manifest in all aspects of the response. Unfortunately, the regular intensive collaboration between Centre and the states, and among states, does not get covered enough; but the one-off stories of relatively minor differences in perception that are far fewer get much more focus”.

Of course, going by the impact of the second wave of the Corona in the country, measures undertaken have been proved inadequate and there is a huge scope for improvement. But seen overall, since 2014, the Modi regime’s annual budgets have allocated increased funds for the health sector – average 21.83 percent every year. And what is more, the Modi government has consistently overshot the allocation, spending, on average, over 7.24 per cent more than the sum set aside.

Of course, the government explained this huge increase as “health and wellness expenditure” as it clubbed the amount allotted under various heads of other ministries as well to calculate the expenditure for health and wellbeing. These include: the entire budget for the Department of Drinking Water and Sanitation (D/o W&S) under the Ministry of Jal Shakti, the budget allocated for POSHAN Abhiyaan (or National Nutrition Mission) under the Ministry of Women and Child Development (MWCD), Finance Commission (FC) grants for Drinking water and sanitation and health and the one time grant for COVID-19 vaccines.

I do not have the exact statistics, but the fact remains that over the last 7 years more hospitals, including the AIIAMS, have been created, more facilities provided to the doctors and other health workers and more poor people have come under the health-insurance (Ayushman Bharat schemes). But then for a country of more than 1.3 billion people, all these are not adequate. And it was proved so when the second wave of the Corona-attack turned out to be a Tsunami. I think even if there were sufficient planning, they would have proved to be inadequate.

I agree with Misra that “This is a dynamic situation. Unlike any other disasters such as a cyclone or a flood, the pandemic is not a discreet event that you can undertake a one-time assessment of the impacts. It is also not a linear disaster with a fixed pattern of impacts. Many sectors are affected at different times in different ways. And it is still ongoing. For India as well as for the rest of the world, we do not yet have a full picture of its unfolding impacts. The central and state governments have been responding to the anticipated and unfolding impacts of the pandemic through a variety of measures announced since May last year.”

Just take the India’s huge population factor into account before comparing it with other countries like the advanced ones of the United States, the United kingdom, France, Italy, Japan and Russia. I do not take China seriously as the authenticity of the realities, including health, in that country cannot be relied upon, given its totalitarian system and nonexistent free press.

One may argue about under reporting in India due to low Covid testing in many parts of India. Therefore, let’s look at the case fatality ratio – the number of deaths divided by the number of confirmed cases. India’s CFR of 1.1 percent is less than that of the US, France, Italy and Germany. India’s COVID-19 recovery rate is amongst the highest in the world.

Thus, by any yardstick, India cannot be said to have underperformed in vaccination in comparison to much more developed countries with much better health-infrastructure. And it is all the more so when initially, there was an orchestrated campaign by sections of politicians, media, NGOs and health-workers against the indigenous Covaxin vaccine; they often went to the extent of saying Modi has decided to make India a country of guinea pigs!

All this is not to suggest that India could not have done much better. There have been many decisions of the Modi government that are controversial or at least debatable. But the point is that the systemic campaign to spread the negativity all round is unfortunate. Indian journalists have picked selectively the sensational sentences of the habitual naysayers to create a narrative that suits them, their readership and viewership. And on this basis a perception is created to such an extent that people are not genuinely interested in improving the situation but removing Modi from office.

But then, as I said, Modi himself is principally responsible. His hubris, “I know all attitude”, distrust for genuine talents and love for sycophancy are undoing all his good works. Modi has talents, but he needs talented people outside the charmed circle of his favorite bureaucrats to change the prevailing perceptions about him. It is not too late for him to go for course-correction. He should realize that politics is a cruel game that turns heroes to zeroes and zeroes to heroes before one realizes.

Prakash Nanda is New Delhi-based author and journalist. He is a Distinguished Fellow at the Institute of Peace and Conflict Studies, a Delhi-based think tank. Among his several books is “Prime Minister Modi: Challenges Ahead.”