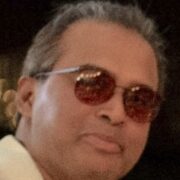 Amy Wax, a neurologist, an attorney, and a professor at the University of Pennsylvania has strong views about “brown immigrants in the medical field” from India. She clarified her thoughts on the Tucker Carlson show on Fox News. I, as a practicing surgeon, as an immigrant from India, as a naturalized citizen of the United States, and as a stakeholder in the well-being of this society and country felt compelled to respond.

Here I break down some key lines in her attack on Indian and Hindu Americans:

Vilification of Brahmins is nothing more than thinly-veiled Hinduphobia, and the obsession with caste and a status ascribed in ancient times prevails only in the ultra-left liberal academic cabal – most of whom are white scholars deploying caste as a way of erasing brown achievement. Rolling her eyes as she speaks of “Brahmins,” Wax’s “casting” of people of Indian origin is like many South Asian Studies professors, to rob our agency and position us as oppressors.

Wax’s use of the term “Brahmin” is a dog whistle to further advance Hinduphobic stereotypes. “Brown” immigrants may succeed by dint of hard work and the immigrant’s drive for accomplishment, and Wax’s attempt to invoke caste shows egregious racism.

Historically, Brahmins, a community of scholars and priests that preserved knowledge systems, may have given rise to its share of immigrants to the U.S., along with many other jaati communities in India. Why certain jaatis were ascribed to the “Brahmin” varna remains unknown, but by all accounts, British colonial masters played a critical role in that nomenclature.

Regardless, these immigrants, similar to me and my parents, were not afforded any sense of entitlement on arrival to the United States nor the use of any special privilege or status as we endeavored in American schools. Here, I was just another brown body finding my way and facing well-described racism and discrimination, very similar to what we heard from Wax.

In an atmosphere where there is increasing polarization among various communities, the expression of such Hinduphobia by a prominent intellectual on national TV further harms the already dire situation.

“…these immigrants criticize our country and show ingratitude.”

Wax displays a common slur against immigrants as if she is saying, “My Patriotism is purer than thou.” I fail to understand why we brown people don’t have the right to criticize and comment about findings in our adopted country. We certainly see Tucker Carlson criticize the government and its institutions daily. Does he not appreciate this country? He has the right to do this, and it is his responsibility to do this. How is this different for us who have earned the right to be here through hard work and followed the legal process to gain the privilege of acquiring citizenship? Why is she creating such divisions by using us vs. them divide? Why is she questioning our intent? Is this what she is teaching at her institution?

As a surgeon in active practice here in America, I attest to the fact that many wonderful things about the health care system in the United States.

However, there are also many things wrong with health care. COVID-19 exposed many faultlines. These include supply chain issues, grinding bureaucracy, the medico-legal system, insurance mafia, onerous regulations and run-away drug prices and costs that are bankrupting families.

A staggering 70% of people in the healthcare industry are predicted to quit healthcare. About 70% employed in this field express burnout. Nearly 70% of Americans are on some type of medication. Drug abuse, anxiety, depression, mental health issues, and rising obesity, should be a cause for concern. There are racial disparities in the delivery model.

It is the responsibility of all stakeholders to highlight, comment and criticize and deliver solutions. We have also witnessed censorship and suppression of dissenting voices, the collusion of scientists to present a political ideology and push policies. As a responsible professional in this field, it is my responsibility to highlight and criticize and debate solutions. We do this because we love this country. And to dismiss our critiques of a health care system to which we contribute is an unacceptable attempt to mute our voice. No Amy Wax, Indian doctors, like all of us in the profession, will not be silenced.

“They come from Shithole countries”:

India has been occupied, pillaged, raped, and looted for nearly 1,400 years. It has suffered genocides and manufactured famines. It is estimated that Britain looted nearly $45 trillion from India during its occupation. However, the real history of India is quite different. As Angus Madison the famous economic historian published, India used to account for nearly 33% of the world’s GDP before the invasions. This sacred land is the birthplace of the first university in the world called Takshashila. It was the center of knowledge, literature, art, sciences, language, spices, textiles, metallurgy, astrology, astronomy, yoga, meditation, Ayurveda, medicine, and surgery and has studied the human life and inner sciences of this life for 1,000s of years. It is the oldest and the only surviving continuous civilization on this planet. It practiced and propagated stewardship of the environment and nature and is also the birthplace of democratic ideals. It has welcomed many refugees from all over the world because of the liberal values of respect and equality that are accepted as natural laws.

India gained independence only 75 years ago and functions as the world’s largest democracy. Colonial hangover, poverty, paucity of resources, overpopulation, religious unrest and threat to its sovereignty plague the country. It is from this created shit hole that India is recovering and regenerating. Today, this shit hole ranks second in the number of start-ups, developed a Covid vaccine and delivered nearly 1.9 billion vaccinations. When Amy says that America has outgunned and outclassed India in practically every way, it is because of good policies and good people who governed this land and facilitated such growth and innovation. It is because of a clean slate to start more than 200 years ago without 1,400 yrs. of baggage This growth in the U.S. came from many immigrants, and many were and continue to be “brown” people.

Third World and the First World

One must ask and learn about the role colonialism played in this world structure and order. It used to be that many in the world looked up to America and admired it as a shining example and an antidote to oppressive colonialism. However, there has been a shift in this mindset that is poised to change the geopolitical and economic position of the United States. It isn’t envy, but rather a healthy engagement in America and about America’s role in the world. Such arbitrary classifications are from a colonial hangover that should be discarded.

I am a citizen of this country and love this land and have earned the right to comment and criticize no differently than Tucker Carlson or Amy Wax. So, yes Amy Wax, we will continue to speak out and speak up and participate in making this country and India a better place for all.

We will not be silenced, Prof. Wax. The antidote to ignorance is knowledge. If you choose, listen to your Indian and Hindu American students. They will educate you.