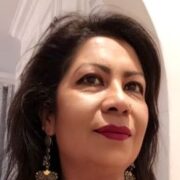 Racism exists in every country and every society. But when Rishi Sunak became the first colored and first Hindu prime minister of the United Kingdom, most saw it as a historic moment. The Whites, Jews, Blacks as well as the often-divided South Asians — Pakistanis, Bangladeshi and Indians — all cheered this achievement.

So, Trevor Noah, your rant was pretty misplaced.

The American comedian of South African origin, who grew up during apartheid, said on “The Daily Show” last month that there had been “backlash” over Sunak’s election. “You hear a lot of the people saying: ‘Oh, they’re taking over, now the Indians are going to take over Great Britain and what’s next?’” he said.

“And I always find myself going: ‘So what? What are you afraid of? I think it’s because the quiet part that a lot of people don’t realize what they’re saying is: ‘We don’t want these people who were previously oppressed to get into power because then they may do to us what we did to them.’”

Noah’s comments came after a white racist caller known only as “Jerry from Lowestoft” called LBC (talk radio station) and confronted host Sangita Myska, two days before Sunak won the Conservative leadership election. The despicable caller told Myska that Sunak is “not even a British.”

The Guardian reported that underneath Noah’s clip from the show, which has more than 850,000 views, social media users have questioned his comments. Some have accused him of “projecting” American views on race onto Britain.” The report added that the accusation could also stem from Noah’s comparison of the caller to Tucker Carlson, “the rightwing Fox News presenter.”

I visited New York for the first time in 1990. During that visit, I learned about Jackson Heights in Queens which was Indianized. Desis called it “Jaikishan Heights,” as one could get all things Indian there. It was not the case with the rest of New York City.

On my way back to New Delhi I stopped over in London, again my first visit to the city. I was taken to the heart of the city – Fleet Street – which was then famous for all newspaper offices. That trip included dinner at Lahore, a restaurant frequented by the then cricketer Imran Khan and other Asian celebs for a lavish Pakistani/Indian dinner. But it was not uncommon as every other London street had world cuisine. That’s the difference between New York and London.

Noah doesn’t understand UK politics as well. It is very different and more nuanced than the U.S. We already have a Pakistani-origin Mayor of London, Sadiq Khan. We have had two consecutive home secretaries, Priti Patel and Suella Braverman of Indian origin, and Sajid Javid of Pakistani origin as chancellor of the exchequer, among other posts he held in the Cabinet under various prime ministers. And these are all from the right-wing conservative party!

I agree with popular historian Tom Holland who hit out at Noah’s comments, saying: “As ever, the inability of American liberals to understand the world beyond the U.S. in anything but American terms is a thing of wonder. “(The likelihood of the right-wing party in the U.S. choosing a Hindu as its leader is, I would agree, effectively zero.)”

Other prominent people commented as well, demonstrating that Noah’s rather American outburst on racism is something we Brits don’t take lightly. Javid, in a tweet, resounded that Noah’s comments were “so wrong” and that Britain “is the most successful multiracial democracy on earth and proud of this historic achievement.”

Downing Street told The Guardian that “Sunak did not believe Britain was a racist country.”

The response against Noah’s ignorant diatribe from this side of the Atlantic was so fierce that he had to finally say he did not claim “the entire UK is racist.”

Good he did, because unlike what he tried to portray in his program, there was no “backlash” over Sunak becoming the prime minister.

However, he did defend his segment, saying that he was reacting to racists: “That’s why I said ‘some people,’” he said. A sneaky way to get yourself out of your ignorant attack, right?

In conclusion, all I will say is, Noah, you got this one totally wrong!

Understand British nuances, its colonial past and its colonial guilt before coming at us with your very American thinking. We do not shoot kids in schools, we don’t charge ahead to attack our Parliament. At this moment Labour is ahead in the polls against the Tories, because we, the people, resist racism and hatred, even though none of us across the world can wipe it off. Next time, before making sweeping comments, please try and understand the UK, its politics and society.