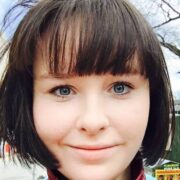 My Heart Sank: Among Indian Meta Employees Laid Off is a California New Mom on Maternity Leave

The recent Hindu-Muslim violence in Leicester has sent shock waves through the local community, the United Kingdom and the globe.

Having been born in the city and grown up in a small town just 14 miles away, like most people in the area, I was disturbed to hear that communal violence had spread in what has historically been a harmonious place. Leicester has always been heralded as a beacon of multiculturalism, a model city where people from all backgrounds, religions, and areas of the world have settled together and continue to live in kinship.

For me, Leicester was the big city I would visit for special occasions; we’d drive to see the stunning lights and celebrations at Diwali, and perhaps visit the market where people of all creeds and colors would assemble to barter for prized goods. If I was fortunate, we’d go to watch Leicester City play football, joining the other thousands of people to proudly sing ‘Come on Leicester’ in a joyous chorus, united against our only foes — Derby County, Nottingham Forest, and Coventry City.

Nonetheless, I instantly knew this story was about far more than a cricket match, as the media were reporting at that stage.

In fact, a mob of right-wing Hindu extremists had marched through a majority Muslim area, shouting the nationalist slogan ‘Jai Shri Ram.’ Having studied the rise of Hindu nationalism (Hindutva) in India and watched countless hours of footage of Hindu extremists chanting this phrase as they commit atrocities against India’s religious minorities, especially Muslims, I understood the root of the violence lay with Hindu nationalist ideology.

I never thought I would hear this nationalist slogan or see these attacks on the streets of Leicester.

Hindutva ideology is an extremist, right-wing Hindu ideology, that intends to turn India into a Hindu nation with restricted rights for its religious minorities, especially Muslims and Christians. It is central to almost everything India’s ruling Bharatiya Janata Party (BJP) government does, whether it be Home Minister Amit Shah’s use of the word ‘termite’ and ‘infiltrator’ to refer to Muslims, the Citizenship Amendment Act (CAA) which excludes Muslim refugees from gaining citizenship even if they come to the country after facing religious persecution, or the National Register of Citizens, which can remove citizenship from millions of India’s Muslims.

Whilst it was somewhat shocking to see all of this play out so close to home and in a city that has always seemed to rise above divisions, it is important to remember that Leicester has invariably been somewhat affected by events in India. This is not particularly surprising for a city where 22.3% of the population is ethnically Indian. Amid the 1984 anti-Sikh Pogrom in Delhi, Sikhs were attacked on the streets of Leicester. Equally, during the 2002 Gujarat riots, presided over by the then Chief Minister and the current Prime Minister Narendra Modi, there were protests in the East Midlands city. But nothing on this scale has ever happened before.

Leicester is not alone when it comes to this surge in communal violence rooted in Hindu nationalism. In the United States, a bulldozer with a picture of Uttar Pradesh Chief Minister Yogi Adityanath’s face and the slogan ‘Baba Bulldozer’ was among one of the many floats at an Indian Independence Day Parade in Edison, New Jersey. In India, the bulldozer symbolizes dispossession, destroying Muslim homes and livelihoods in the BJP-ruled states. Understandably, the presence of this float was deeply offensive to Indian-American Muslims. In Anaheim, California, an Independence Day event turned violent when protesters who were carrying signs embellished with ‘Protect India’s Muslim Lives’ and ‘Abolish Caste’ were manhandled by a group of men while chanting the nationalist phrase ‘Bharat Mata ki Jai (Victory for Mother India).

As religious communities in India are becoming polarized by the divisive ideology of Hindutva, the diaspora across the globe is seeing such issues increasingly mirrored in their own communities. After all, Hindu nationalist organizations, including the BJP, have been able to take advantage of social media and reach Hindus, regardless of their location, to spread hate speech and exclusionary beliefs. In the aftermath of the violence in Leicester, the Police found that social media accounts based in India were responsible for fanning the flames.

Furthermore, the response by the Police and Council in Leicester has been lacking, as they have yet to acknowledge the threat Hindutva poses not only to the community in Leicester but to peace in the entire country. The initial march was allowed to go ahead by Leicestershire Police, even though they acknowledged there had been previous clashes dating back to August 28.

Going forward, the Mayor of Leicester, Sir Peter Soulsby, has ordered an independent review, but for now, Leicestershire Police and Leicester City Council seem to believe that the solution to the violence is to rely on community leaders without addressing the root of the problem— the Hindutva ideology.

The City Council and police responses echo that of Western governments, who have turned a blind eye to the rise of Hindu nationalism in India, the increase in anti-Muslim violence, and the threat this fascist dogma poses to what is still perceived to be the world’s largest democracy. Perhaps this is due to India’s economic potential as one of the five emerging global economies or the orientalist perception of communal violence as an eternal phenomenon; these two communities are somewhat destined to hate each other.

Nonetheless, the United Kingdom, European Union, and the United States’ failure to address Hindutva is nothing short of a dereliction of duty. Not only as nations that claim to stand for fundamental rights, like religious freedom, but as countries that have a duty to protect their citizens from the toxic divisions Hindutva is creating within the South-Asian community worldwide. Unless these nations acknowledge the threat Hindu extremism poses to India and the Indian diaspora, violence and naked displays of hate like that witnessed in Leicester, Edison, and Anaheim will inevitably erupt in the future.

Aisling Lynch-Kelly is a Leicester native and a researcher at the Indian American Muslim Council’s India Genocide Monitoring Desk.