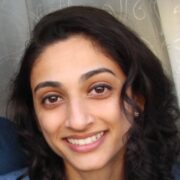 U.K. Chancellor Rishi Sunak Missed the ‘Party’ and is Well Poised to Move Into 10 Downing Street

Hindus have been eager contributors to the academic and spiritual wealth of America for a century. Our yoga has reshaped the American business and wellness landscape. We have staffed and led research initiatives in medicine, physics and engineering. Yet for all our contributions, we still suffer constant moral supervision from a handful of academics and journalists. And to the average non-Hindu, it is the work of the journalist that most shapes their view of Hinduism.

Old habits die hard. Western journalism still gazes eastward through a colonial lens. When the kingmakers of the media world take it upon themselves to define Hinduism and control the narrative on its practitioners, Hindu voices and struggles are drowned out.

Newspapers still ogle at “the Hindoo”, repeating the same tropes that were common 100 years ago. A 1911 piece from the circulation The Progressive Farmer ran a story called “The Caste System in India” with an excerpt as follows: “And yet it is in its social aspects, in its enslavement of all the women and the majority of the men who come within its reach, that Hinduism presents its most terrible phases. For Hinduism is Caste and Caste is Hinduism.” Stories like this and other articles from newspapers printed in the 19th and 20th centuries are collected and curated by the Twitter page Hindoo History.

This line could have been ripped from any recent article on caste and Hinduism run in the west. A September 2021 article from the Economist titled “India’s Caste System Remains Entrenched 75 years after Independence” opens brazenly with “The evil of India’s caste practice is almost as old as the gods, and is the most noxious and evolved example today of how humans attempt to impose superiority and suffering on others by virtue of their birth.” Presenting caste discrimination as the crux of Hinduism and defining the religion through this singular frame is reductive. The language seems little changed from 1911 to 2021.

Though its definition seems to shift daily, I still identify as a liberal. I am an advocate of green environmental practices and having a safety net for the vulnerable. I value free speech and think that people deserve a second chance, even forgiveness when they make mistakes. Inevitably, I have looked to progressive journalism, titans such as the New York Times, NPR and the Washington Post, to champion the values I strive to live by. And increasingly, this has been the source of my discontent.

The spring 2021 covid wave in India was horrific, despite India’s initial success at curbing the spread of the coronavirus in 2020. The irreverent coverage of covid deaths in India, with grisly images of funeral pyres and sobbing relatives, was a blow to those of us scared for our families back in the motherland. Showing images of concentrated pyres was meant to underscore the incompetence of the Indian state, and the Hindu families caught grieving simply added to dramatic effect. A far cry from the respectful distance observed during covid coverage of the funerary traditions of the Abrahamic faiths. Note that it was the funeral pyres, not graves, that made sensational headlines. The Hindu community took notice and voiced its frustration. Take a look at the images in this Vox article that insisted on the righteousness of using photos of Hindu cremation, calling these photos an important act of “resistance” against a “Hindu-nationalist regime.” Suck it Hindus.

2021 continued to deliver blows. In October, militants belonging to Kashmir’s majority religion targeted and killed several Hindu and Sikh Kashmiris in the valley. Many of us felt hesitant to publicize the targeted killings ourselves, as this often invited the ire of the “you-only-care-when-its-your-community” squad. The Washington Post did cover the killings, as did the New York Times, but without the context that would have made the story more complete. The Post’s article “In Kashmir, militants target minority civilians, stoking fears of a return to violent past” made no mention of the violent past Hindus feared, the 1990 murders and ensuing exodus of Kashmiri Hindus at the hands of religious separatists, aided by terror groups in Pakistan.

Curiously, an op-ed ran several days later in the Post titled “India’s government made Kashmir even more dangerous for religious minorities” aimed to blame the targeted killings of Kashmir’s Hindus on the Indian government. I’ve been involved in activism long enough to recognize victim-blaming.

The November 2021 targeted killings of Hindus in Bangladesh received slightly more attention, certainly in part because the Hindu community was fed up with global indifference at this point. But aside from a vague acknowledgment that the violence occurred, I did not see any recognition that this event was linked to broader themes of Hindu persecution and erasure in the Indian Subcontinent, the land now known as South Asia. I was hoping to see some mention of the 1971 Bengali genocide at the hands of the Pakistani army, an operation that specifically targeted Hindu men and saw hundreds of thousands of women raped. Silence once more.

At the very minimum, a community should be able to explain its own beliefs. After all, letting people tell their stories and lived experiences is at the backbone of activism. But when it comes to the Hindu community advocating for more respectful depictions in textbooks, it is non-Hindus who are presented as the dissenting experts by the NYTimes.

The recent Dismantling Global Hindutva conference was notably devoid of any nuance as it failed to present the perspective of the thousands of American Hindus who raised concerns about the rigid portrayal of their religion by the multinational conference. Reading any of the mainstream news outlets quoted above one would think that the Hindu community was comprised solely of anti-truth saffron lynch mob held at bay by a beleaguered academic vanguard of activists such as the South Asia Collective.

I feel like progressive America does not care about my people. While it celebrates re-examining America’s history of slavery in the 1619 Project or the ugly truth behind mission schools for indigenous children in Canada, it shuts down honest discussion on Hinduism’s struggles with Middle Eastern and European colonialization in India. Our push to make sense of our persecution at the hands of religious bigots such as Aurangzeb and Tipu Sultan is superficially labeled “saffronizing” history. Discussing the iconoclasm and Abrahamic supremacy that saw the destruction of Hindus temples in Ayodhya and Varanasi is forbidden. Examining whether narratives on caste, such as the snippet at the beginning of this article, were weaponized to aid in proselytizing during European rule is prohibited.

So much for truth and reconciliation. Hindus aren’t allowed to have that.