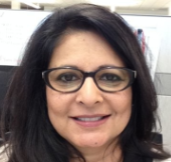 Asana in Alabama: Is the Introduction of Yoga Into School Curriculum a Gateway Drug to Hinduism?

Madam Vice President! Madam Speaker of the House! Hearing these words spoken on Wednesday evening was not only historic but a proud moment in the fight for equal rights for women in this country. My first thoughts were of my daughter and envisioning a brighter future for her, full of greater opportunities and a path to achieving everything she is capable of and rightfully deserves.

History shows us that women have already held the highest leadership roles in other countries. Indira Gandhi, Golda Meir, Benazir Bhutto, Angela Merkel and others have all been elected to the top offices in their countries. But surprisingly this is not yet true in the United States of America. That role seems to allude us, but now, in the line of succession to the President, two women hold positions two and three.

Progress is being made, but as I learned in my engineering classes, once does not make a trend! We must be able to sustain these victories until they become the norm and not something we have to call out and take special notice. A woman President is in our future and will happen through the efforts of strong women like VP Harris and Speaker Pelosi.

As I watched President Biden’s address, I kept my eyes on these two powerful women and saw a better future for my daughter and her generation. I know that we have come this far because of the struggles of countless women before us. I thought about my maternal grandmother, who was widowed in India, at a very young age, left to take care of her three young children.

The multiple struggles she went through to give her kids a safe home, food, and a good education are struggles that I did not have to experience, even though I became a single mom early in my daughter’s life.

I thought of how hard my own mother worked to study and surpass all expectations and become the first in her community to get not only a college degree but a Master’s in chemistry and eventually become the head of R&D at a global cosmetics company. The drive, the tenacity, the commitment is something I still see in my mother and it is also present in Vice President Harris and Speaker Pelosi.

India@75: Memories of Growing Up in Independent, Impoverished, and Innocent Country of My Childhood

Women have struggled for centuries to get a position in society that is rightfully theirs.  We are not there yet but we have made tremendous progress.  I see hope in my daughter’s generation, who see people as equal, whose thought processes do not dwell on differences but look at equality. This generation is more aware of similarities and looks at Diversity, Equality, and Inclusion as their mantra.  And I believe this positive way of thinking and living is spreading to other generations.

Watching our Vice President and Speaker of the House take these historical positions, I feel hope for women, I feel gratitude for all of the women (and men) who have fought this good fight to bring women the equality they duly deserve, and I feel a sense of accomplishment for women for coming this far.  The fight is not over, be the path has been paved and we need to take it further.

Swati Joshi is a daughter, sister, a mother of a smart, successful young woman; she’s a semiconductor professional, and a political activist.  She is one of the founders of DFW for Beto and Project 51.  From 2016 to 2018, Swati organized multiple candidate forums for Beto O’Rourke and local North Texas candidates and GOTV events to get voters registered and promote voting at every election.  In 2019, Swati joined They See Blue (TSB), a national volunteer organization focused on mobilizing the South Asian community.  She currently leads the TSB North Texas and TSB Arizona Chapters and is on the TSB_G7 Strategy Team.