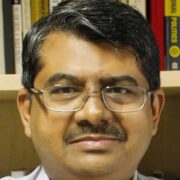 “The Kashmir Files” is a bold and persuasive expression of the Hindutva nation. Indian Muslims, according to this narrative, constitute a separate nation, which cannot accommodate Hindus.

The film is a powerful denunciation of the value of Sarva Dharma Sama Bhava – the view that all religions lead to the same goal. This idea was realized and embraced by saintly personages such as Sri Ramakrishna and Swami Vivekananda.

Sri Ramakrishna not only followed the paths of devotion (bhakti), discrimination (gyana) and Tantra Sadhana, he even lived the life of a Sufi Muslim and a Christian. After exploring diverse paths, Sri Ramakrishna echoed the old Vedic insight – ‘as many are the paths, so many are the ways’.

His disciple Swami Vivekananda not only propagated the catholicity and necessity of different faiths but also said that one could learn from the other.

This was the lived conviction of Mahatma Gandhi too. It is for such reasons that the Indian constitution accords respect to every religion, consistent with what is considered a dominant value in the Indian and even the Hindu tradition.

“The Kashmir Files” fundamentally defies Sarva Dharma Sama Bhava. The film holds that Kashmiri Muslims constitute a nation that can never accommodate Hindus. Kashmiri Muslims do not appreciate the success of Indian achievers. They wish to convert all Kashmiri Pandits to Islam.

They cast an evil eye on Kashmiri women. They are savage in their tactics. They shoot a man in front of his father and wife and even make the wife lick the blood of her life partner. Their killing of Pandits is reminiscent of Hitler’s desire to exterminate the Jewish population. The majority community of Kashmiri Muslims is committing Hindu genocide. The list of attributes accorded to Kashmiri Muslims by the Hindutva brigade goes on like that endlessly.

The time, therefore, has come for the Hindutva establishment to take on the Muslim nation.

If one went by this logic, the Muslim genocide of Hindus justifies starving Jammu and Kashmir of communication technologies and incarcerating its leadership before the dilution of Article 370. Therefore, the reading down of Article 370 would be the perfect way to deal with an ethnic ‘anti-national population’.

In the same line of thinking, Kashmiri Muslim ethnonationalism justifies Jammu and Kashmir’s recognition as one union territory, where redrawing electoral constituencies can make the Hindu vote more potent.

On the other hand, Buddhist-majority Ladakh has also been accorded the status of a separate union territory. As union territories, both Ladakh and Jammu and Kashmir are more directly under Delhi’s supervision.

The film ignores the fact that Hindus and Muslims found peace till 1990.

A.S. Dulat, a former chief of the Research and Analysis Wing (RAW), recently refused to watch this movie. He noted that militancy intensified only after the release of five Jammu and Kashmir Liberation Front operatives in December 1989. This occurred in the aftermath of the release of Rubaiyya Sayeed, daughter of the then home minister Mufti Mohammed Sayeed, by her kidnappers.

The film failed to note how the elections of 1989 were rigged, which, in fact, is known to have spurred militancy. The rigged elections had been preceded by a series of events controlled by Delhi, leading to the seating and unseating of former chief minister Farooq Abdullah. These events effectively delegitimized the National Conference. There is not even a mention of the Armed Forces Special Powers Act (AFSPA) and how Kashmiri Muslims have been killed and jailed without any legal recourse.

Kashmir is treated as a static anti-India realm. There is no mention of Prime Minister Atal Bihari Vajpayee’s successful initiatives in favor of Kashmiris that were similarly pursued by his successor Manmohan Singh.

There was bipartisan support for the liberal approach at a time when India was considered an emerging economy with the capacity to redistribute wealth. It is easily forgotten how the policy of porous borders with the Kashmir administered by Pakistan only strengthened India. Predictably then, even Vajpayee is considered evil, just like Gandhi and Jawaharlal Nehru.

The Hindu nationalist narrative needed to make all secular-liberal intellectuals appear anti-national. The director found a convenient protagonist in a Leftist professor: a ploy to tarnish the image of Jawaharlal Nehru University (JNU) and secular intellectuals.

It is well known that the present government has attacked JNU fiercely – perhaps because it is an institution that upholds the idea of India enshrined in the constitution.

No wonder then that two important cabinet ministers are still from JNU, as are many more civil servants. Having lived the life of a student and a teacher at JNU, I can attest to the fact that most professors and students at JNU will not dispute the fact that Kashmir is an integral part of India. They are also not regularly dating Kashmiri terrorists, unlike what the movie would like us to believe. And JNU’s scholarly achievements are considered spectacular by institutions that rank Indian universities.

“The Kashmir Files” provides three reasons why we should forget the Vedic legacy of Sarva Dharma Sama Bhava. As per this narrative:

Indian citizens should open their eyes to see how far even the imperfect practice of Sarva Dharma Sama Bhava has brought India.

Mohammed Ali Jinnah and many Western scholars in 1947 were convinced that India was just a colonial construction that would soon wither away. Will Hindutva nationalism fulfill that colonial prophecy?

(This story was first published in The Wire and republished here with permission.)

Rahul Mukherji is a Professor and Head of the Department of Political Science at Heidelberg University in Germany.