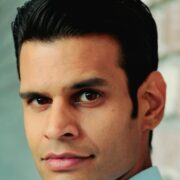 “The Kashmir Files” is a necessary, yet dangerous film for Indian audiences. Our current generation does not like to see things as grey that reality is, but as black and white, which is why I use the term dangerous. I say necessary because a lot of tragedies that were obscured to please one side or the other have been brought to light through this powerful albeit horrifying film. This is not a movie. This is a documentary with actors.

As a film, it edges toward perfection, when it doesn’t veer into biases that it is seemingly striving to correct. Vivek Agnihotri is a masterful filmmaker and had this movie been made 100 years in the future I would say it would be our Oscar contender. But right now in such a politically charged environment, it’s dangerous to show this as a representation of India to the world.

Anupam Kher’s groundbreaking performance as a broken refugee suffering from dementia after seeing his family slaughtered in front of him was heartbreaking. And dare I say, his performance at par with that of Meryl Streep in “August Osage County” playing a character with similar mental health issues.

Mithun Chakroborty is a powerhouse. It was a pleasant surprise to see how phenomenal he can be while portraying such a scarred, tough and realistic character.

Pallavi Joshi is excellent as the professor who claims people use the term “Azadi” as a narrative to gain power. Although I disagreed with the way the character was shaped, the actor did remarkably well. Joshi’s character was almost villainized, making her seem like she has her own political agenda not connected to her own heart or beliefs but merely power. She captivated us with each line and frame.

I loved Pushkar’s (Anupam Kher’s) friends — Puneet Chaddha and the amazing Atul Srivastava — who you would never believe is not the journalist he is playing and the shackles that bind them from doing what is right and siding with their friend.

The film opens with a soon-to-be college politician, Krishna Pundit, fighting for Kashmir’s Azadi. He brings his Kashmiri grandfather’s ashes to spread in his native land with the help of his four closest friends — a journalist, a politician, a doctor and the Kashmiri police general. It tactfully jumps between the horrific events of a younger Anupam Kher and his family being kicked out of their homeland and the present day where his closest friends talk about the situation and their regrets. They are remorsefully contemplating the tragic fate of their good-natured companion who was forced to leave Kashmir due to the massacre going on in the region.

Unfortunately though Agnihotri tried to show only one side’s tragedies, which I do understand have been hidden from historical documents and textbooks. But it seemed like one group’s tragedies outweigh those of another. One group’s tragedy does not minimize another’s suffering. Again I understand we haven’t heard this side, but if you are trying to encompass reality in a theory of everything, then you must include all factorials and all those who suffer the consequences.

It feels like the second half of a story as a reaction to the first half of a narrative that has been set up. The film goes out of its way to call one side’s tragedies a mere narrative while highlighting those of another. And I do understand why. The events of genocide this film explores have never been brought to light. But a film is a universe and its reality is what many audiences walk out believing. And I can, unfortunately, see this as an unintended call to nationalism, again pitting Hindus against Muslims.

What happened to the Hindu Pandits in Kashmir is horrific. It opens up new and valid arguments about where Kashmir belongs, because of its deep historical connection to generations of both Hindus and Muslims. I don’t have an answer to this nor does the movie try to provide a blanket solution.

It does briefly attempt at addressing the horrors that Muslims have faced in Kashmir as well, but not adequately. It showed that terrorists were dressed up as Indian Army soldiers causing havoc upon the people in the form of murder, rape, and pillaging. But at the same time, there were tragedies that Indian Army soldiers inflicted upon non-Hindus, which were ignored. The film says that terrorists kill Muslims as well and anyone who goes against them. But it is not shown.

I’ll end on this: I had written a play called “Radicals” about the Kashmir conflict three years ago which we put up at the Hollywood Fringe Festival. About 15 minutes in I decided I should scrap the script I was working on for the film version of it. But then roughly an hour in I realized how crucial it is to make the points of view of both sides heard.

I know it’s easy to say that peace should be prioritized over land, but that is sadly the only way out. And to be completely honest, there is no clear solution because people will always contest to whom their home belongs. What happens if Kashmir is given independence? Does Pakistan invade it? Do they have the resources to survive autonomously as a state? Will it be a fair referendum without threats or bloodshed? These are all questions that remain unanswered.

I wish there was a blanket solution. There is only one solution – working towards peace and harmony as these lines we have drawn are imaginary. We use them to enact our dissatisfaction of “never having enough.” It is a sickness in the mind of humanity that won’t be solved unless they look inwards. Then, we will see each other as reflections of ourselves in different circumstances and not as enemies or victims. This is why I say this film is both dangerous and necessary.

In a world of contradictions, this film fits right in. Either you pick humanity, or you pick death, seems to be the conclusion to draw here.

That said, it is a must-watch that calls upon our empathy and humanity and it is not for the faint of heart. You will be shown, eyes open, the violent, tragic, and heartbreaking way in which things unfolded in the heavenly land. This is a good story about how one group of people suffered in Kashmir.

Again this is only my humble opinion on a sensitive topic that needs to be discussed. And our understanding and scope for fair action will continue to evolve with time and factual information.

Rishi Jaiswal is an Indian American director, actor, screenwriter, and producer based in Los Angeles. He is the founder of Aikyam Entertainment, a production company aimed at sharing South Asian narratives with international audiences, whose latest feature film “Unmasked” is gearing up for its American release this Summer. In 2019, Rishi wrote and starred in the award-winning play “Radicals” about the Kashmir conflict which graced the stage at the coveted Hollywood Fringe Festival addressing issues of Islamophobia and the effect of war on civilians in front of American audiences. Growing up between India and America, Rishi brings his unique perspective to the subjects he tackles- telling stories that help bring people of different backgrounds together through empathy and cultural understanding.