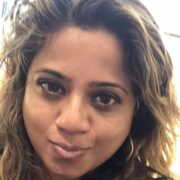 FBI Still on the Hunt for the Most Wanted Indian Fugitive in the U.S. who Brutally Killed his Wife

News of this sporting icon passing two nights ago threw me into a moment of reconciliation between past and present. A sporting light who was a beacon of passion and unmatched talent, yet also of personal chaos and struggle had been extinguished throwing fans of football all over the world into deep mourning. Including myself.

Why was this news so upsetting? In a way, that passing of other celebrity sportsmen and women was not. After sitting with the sad news for a while, I came to realize that he meant more than just one the most skilled players in the sport, he represented defining memories of joy, hope and excitement, and then of despair and loss for so many.

My first introduction to Maradona was through my father, who is an avid sports fan. The happiest memories from my childhood were of sharing long and lovely afternoons with him, watching sports. I did not have any brothers and by virtue of that I was his default son. Being the deep sports aficionado that he is, he would take the time and pain to explain to me the intricacies of the games I was watching and in turn infused a deep-seated appreciation for great sportsmen and great sport.

I grew up in India until I was 17, at which point I followed my family to America. In the 1980s, whilst growing up in Delhi, there were two great events that are etched in my memory for having given me the most memorable times of watching sports. They were the 1983 Cricket World Cup, when India won at Lords for the first time, and the 1986 FIFA World Cup played in Mexico, that included that epic quarter final match between England and Argentina, where el Diego executed the infamous ‘Hand of God’ goal. The Argentinians went on to win against the Germans.

The furor and drama of that game are some of the most distinct memories I have where I learned of the love, the passion and the hysteria that sports could evoke. It was something special I shared with my father that no one included no one else. I owned those times possessively. Years later we would come to America, and he infused that same love of sport, this time with American football.

Maradona, amongst the many sportsmen that my father influenced me to love, intrigued me the most. Watching him on the football field was like watching a dancer. He would glide across it effortlessly, weaving around defenders, and you would almost wonder just how he was moving the ball? When he would inevitably get near the goal, it was always just a tap, or a nick, especially with his left foot.

A beautiful and elegantly executed kick would dance the ball into the goal, landing in that perfect spot that no goalkeeper could get to. Everyone around him would be left stunned. He did not have the scientific execution, cold precision or brute force of players today, but it was this etherealness that was so difficult to pry away from and that kept one mesmerized.

There is a famous story about when Pele asked Maradona about Messi, and he replied “Yes, he’s a good guy, but he has no personality, he isn’t a natural leader.” That was the other side of Maradona, his ability to just excite and motivate his teammates and infuse a frenzy in his fans and lovers of footballs, no matter that they belonged to opposing teams. He was always dramatic on the field, challenging umpires and participating in animated celebrations around goals or dramatics around penalties. Off the field, his life was challenging, but that I came to know only later. The demon of fame at such an early age sadly got to him as it does to so many geniuses that are called to at an early age.

Much time after he stopped playing, I would have another introduction to his country Argentina, when I took up dancing Tango. It took me to Buenos Aires, where Maradona had grown up in one of the city’s poorest neighborhoods. I would travel back every year in august to continue training in this dance and I grew to understand the argentines and their world view.

Central to their existence, in a much-troubled country economically, is their football. It is more than a religion, it is like oxygen to its people, critical in helping them to continue to exist. It has been emotional to watch over the last days, millions coming out onto the streets of Buenos Aires, in the middle of the pandemic, to celebrate the life of and lay to rest Maradona, their highest priest.

Priyanka Mathew is a Principal Partner at Sunderlande, an Art Agency that offers the highest caliber Modern South Asian Art. She brings a unique flair for helping clients connect the dots between historic significance, monetary value, and emotional connection with works from leading South Asian artists. With a career spanning two decades in the international auction and gallery worlds, the former Senior International Specialist and lead auctioneer for the South Asian department at Sotheby’s believes deeply in connecting people with art that speaks to them.