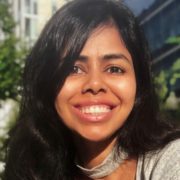 Two weeks ago, I watched the video of a black man being killed by the police, even as onlookers kept urging the police to stop or the man will die. The man himself was begging the officer to stop, his last words being, “Please, I can’t breathe”. The police officer continued to kneel on his neck long after he stopped breathing. The version I saw was a 6-minute clip with some portions speeded up. As I watched the low-res video on Twitter, my heart got stuck in my throat and I too couldn’t breathe for a few seconds. We now know that the victim’s name is Gregory Perry Floyd Jr, or George Floyd.

Watching someone die on camera like this wasn’t my first. I have watched more gruesome videos of mob lynchings in India. I have watched how Tabrez Ansari was fatally thrashed by a bunch of goons who laughed and jeered as they made him chant ‘Jai Shri Ram.’ I have watched Pehlu Khan, a cattle trader, being similarly beaten so violently that he died two days later. I have watched how Mohammad Afrazul was hacked to death, then his burning body dragged around the village, while onlookers made videos. I know how a teenaged boy, Junaid, was lynched on a moving train as he was returning home from his Eid shopping two years ago this month. I thought I had seen it all. And yet, watching George Floyd being suffocated to death by men in blue left me numb.

Is it then the destiny of the oppressed to forever be oppressed, with the State being complicit in crimes against them? Is democracy a modern joke none of us have caught on yet? Will people who have been historically, systemically oppressed ever have any real power?

Pretty soon, I started getting my answers. Protests broke out across the U.S. As expected, much of the focus of the initial media coverage was on vandalism. The official autopsy report of the victim saying “no signs of traumatic asphyxia or strangulation” was a laugh. In one of its initial stories The Washington Post interviewed a friend of Derek Chauvin’s, who had knelt on Floyd’s neck, described Chauvin as a “nice guy,” “always mellow,”but also “tightly wound.”

I saw direct parallels with the goings-on in India, where largely peaceful protesters against the anti-Muslim Citizenship (Amendment) Act have been charged with inciting riots in Delhi last February, which weren’t really riots, but state orchestrated anti-Muslim pogrom, much like what had happened in Gujarat in 2002. As of now, bright young students, public intellectuals, journalists and all dissenting voices have been clobbered in jails on flimsiest grounds.

I live about half a mile from the White House, and a day after the killing, we started hearing police choppers buzzing about and sirens wailing all around. I watched the protestors march the streets from our apartment’s window. There were stories of violence and vandalism by the protestors, but my Twitter feed told me a different story. When D.C. Mayor Muriel Bowser announced a second night of curfew on June 2, I knew I had to see for myself the truth about the protests and the protesters. Were they just an opportunist bunch, looking to loot shops to get their hands on the latest sneakers? I wanted to know the purpose of the armored truck installed at the crossing next to our house, also visible from our apartment window.

On June 3, my partner and I put our four-year-old in a stroller, wore face masks, armed ourselves with hand sanitizers, extra masks, and a camera, and braved into the streets, not sure what to expect. Additionally, I carried my sketch pad et al, hoping I’d get some opportunity to draw what I see.

Four blocks from our house we ran into a mile-long march of protestors. Masks on faces, they came in all colors, smiling with their eyes. On the sidewalks people sprayed sanitizers, handed out water bottles and snacks, masks — you name it. My heart ached with hope. The short walk up to the White House was a living dream of love, inclusivity, solidarity, diversity. In my head were the visuals of Shaheen Bagh, Lucknow Ghantaghar, the marches in Kerala, and everywhere else in India, of protesters marching to assert their more basic right, their citizenship, which is now threatened by the CAA.

At Lafayette Square, the crowd was thick and energetic, chanting, marching, singing, dancing. The White House was already barricaded. Outside Saint John’s Church, where President Trump had held The Holy Bible the previous evening under heavy security, people carried banners of verses from the Bible. I tried to live-tweet, but the internet connection was weak. But I did manage to read some tweets which claimed the church had been vandalized, which was a lie.

I wanted to stay and sketch, but we had to head back home as our son was getting restless in his mask; I was also terrified of any of us catching the potentially deadly virus. This was the first time since the lockdown started in March that we had come out in a crowd like this; our grocery store visits were made with protection that would shame a baseball player.

I made a couple visits to the White House the following few days, got a few sketches done. The police were at every nook and corner, though not interrupting anything. I wondered about the need for such heavily armed security for these peaceful protesters; the uniformed men and women really didn’t have much to do. I would come back well before the curfew time. And then I’d watch the videos of evening vigils on Twitter. I was waiting for the coming Saturday, June 6, when a million protestors were expected to fill the streets of D.C. I wanted to be a part of a historical resistance in motion. And, like I wrote to my Facebook friends, I may have missed Shaheen Bagh’s famous biriyani, but I wasn’t going to miss the White House hotdog/pizza for anything.

The Saturday crowd exceeded my expectations. News of even more beefed up security measures for the day had me slightly alarmed: if a million people truly get angry, it can get scary pretty fast. I have lived in D.C. for a year, I have been to Fourth of July celebrations, I have been to all major public events, but none of it had prepared me to see so many people together. For justice. And peace. Every category of people showed up.

We in India have normalized and internalized systemic violence against the most vulnerable people, so here at the White House, placard after placard of forceful messages against state violence and abuse of power spoke deeply to me. Tears flowed easily under my sunglasses onto my mask as I heard people chant “White Silence is White Violence”. I yearn for my privileged Hindu upper-caste sisters and brothers to chant “Hindu Silence is Hindu Violence”. I learned about all the stories of persecution of the African Americans I didn’t know, and became emotionally aware of lives of people that were just news stories for me.

George Floyd has united all of America. Well, most of America. As I sat in front of the barricaded White House last Wednesday with my sketches that celebrate the protesters, I wasn’t grieving, I was full of hope. George Floyd has set the narrative. The media and the governments have been forced to take note. Historians, academicians are giving the protesters tips on how to topple statues and sphinxes that represent racism. Lovers of monuments and museums are explaining that the purpose of a historical building is not to stay clean and ivory white just as it did when it was first erected, and this so-called vandalism is in fact recording of history too, and probably for the first time it’s being recorded by the oppressed; no one has to ‘fix’ it. This is the third weekend of protests in D.C. As I write this, I can see the protesters marching on the road next to our apartment. As long as there is resistance, as long as people come out on the streets without fearing state power — and even a pandemic — there is hope. Hope for justice and peace.

Sarita Pandey is a digital media professional and volunteers for human rights advocacy groups. She lives in Washington, D.C.