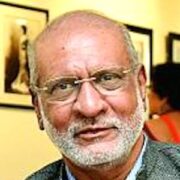 I saw S.S. Rajamouli’s “RRR” on Netflix this week. It was everything I expected it to be. Extremely well-made and lavishly mounted. The story, however, was absurd and the distance from reality was of solar proportions. Its abuse of history was vulgar.

The early part of the movie is set in Hyderabad’s old Adilabad district populated in those days by mostly Gond Adivasis. Hyderabad, being a princely state had no British administrators. The only British officer serving in Nizam’s government was the Revenue Minister.

At about the timeline of the movie, it would have been W.V. Grigson, ICS, a man who if anything loved the Gonds. He was the author of the masterful anthropological study “The Maria Gonds of Bastar” (1938) which is still the last word on them.

The movie depicts a very cruel and despotic British rule where an English family shanghais a young Gond girl to Delhi. And one part of the movie is about one of the heroes (NTR, Jr.) who goes to the imperial capital to rescue her.

In reality, Nizam’s administration was mostly Muslim (only about 11% of the officers were Hindus and others, my father being one of them). Nizam’s Hyderabad was a Muslim state imposed on a predominantly Hindu population. So, if there was to be an officer out on a wild blood-thirsty shikar, the odds would have been that it would have been a Muslim.

Nowhere in our history or collective memory have we had, as depicted in the film, such vile and blatant cruelty by the bureaucracy. We have had bad governance, and corrupt officers but the cruelty of this sort is reserved for the movies.

What I find unpardonable about “RRR” is that it borrows two genuinely heroic personalities from our pantheon, Kumram Bheem and Seetharama Raju, and distorts their life stories and struggles to make them the protagonists of the comic strip tale.

I met the granddaughter of Kumram Bheem, the legendary Gond leader who revolted against the plains people’s rule in Osman Ali Pasha’s time, just last month. She lives in a small hut near the huge concrete memorial and museum dedicated to Kumram Bheem. She works as a cook in the nearby Adivasi school. I wonder if filmmaker Rajamouli and his cinematic band thought of asking Jangubai’s permission to so misuse her grandfather’s life and personality. Forget about royalty.

Alluri Sitarama Raju (4 July 1897– 7 May 1924) was an Andhra revolutionary, who waged an armed campaign against British colonial rule in India. Born in the then heavily densely forested Vizagapatnam district of the old Madras Presidency, he was involved in opposing the British in response to the 1882 Madras Forest Act which restricted the free movement of Adivasis in their forest habitats and prevented them from practicing their traditional form of agriculture called podu.

Rising discontent towards the British led to the Rampa Rebellion of 1922, in which Alluri played the major role as its leader. He was captured and executed by the British on May 27, 1924, at Chintapalle, where even today the troubles relating to Adivasi lands continue.

Kumram Bheem was a revolutionary leader in the Hyderabad State of British India from the Gond tribes. Bheem, in association with other Gond leaders, led a protracted low-intensity rebellion against the feudal Nizams of Hyderabad in the eastern part of the princely state during the 1930s, which contributed in the culmination of the Telangana Rebellion of 1946. He was killed in a police action in Jodeghat on October 27, 1940, at the age of 39.

An Exposé of Dark Chapter: ‘The Kashmir Files’ Uncovers the Despair of a Silenced Generation

Thus, even the timelines and geographies of Bheem and Raju hardly overlap. The movie was made with utter disregard for the life and times of our two heroes, the history and sociology of their times, and cruelly exploits their personalities with the callous disregard of upper castes even now.

The movie credits do say it’s a fictional work. But when you appropriate the lives and personalities of two genuine heroes for a tawdry commercial excess, it doesn’t absolve the makers of distortion. They too have behaved just as badly as the British depicted in the movie. Perhaps, they can make amends somewhat by committing a part of their earnings to the Adivasi cause?

What amazes me most about “RRR” is how a team whose movie projects white people in such cruel and vile terms, so cravenly seeks the approval of those very same white people. They managed to pick up a Golden Globe for the song Naatu, Naatu, Naatu! But who awards the Globes is another story. How they are awarded is an even bigger one. Let’s not go there now.

I have no comments on the quality of the song which is in the run for an Oscar. Possibly my tastes are of a different time?

Mohan Guruswamy is an Indian author and political commentator, and the chairman and founder of the Centre for Policy Alternatives.