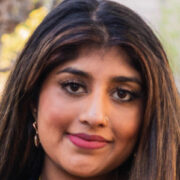 Labeled America’s great “sleeping giant,” the Asian American community has undoubtedly been a significant focus of post-2016 politics. AAPI (Asian-American Pacific Islanders) organizations and activists continue pushing for increased visibility of Asian Americans, a demographic that has long faced discrimination, extreme inequalities, and violation of civil liberties. Yet, there is something quite unsettling and historically inaccurate about the narrative that Asian Americans are for the first time becoming politically engaged (as Sen. Corey Booker implied, “It’s kind of exciting, this sleeping giant in American politics is about to wake up and to really flex”).

Despite the reality of a recent history of low voter turnout among Indian American and other Asian populations, a journey into the early 20th century in the United States paints an entirely different picture: Indians as anti-imperialists, as revolutionaries, and as a growing political body — a body that was never given the chance to materialize, as the British government and the United States worked together to incarcerate, deport, denaturalize, and forcibly push these early Indians out of the American civic body.

It was March 16, 1918, when Sailendranath Ghose and Agnes Smedley were arrested and imprisoned for Espionage against the United States government. A seemingly unlikely pair, Ghose, a New Yorker, Indian revolutionary, and recent graduate of Calcutta University, had just two years prior landed on American shores and found an ardent ally for Indian independence with the New York University student and self-identified communist Agnes Smedley.

Amid the First World War and on the heels of the Bolshevik Revolution, Smedley, Ghose, and dozens of other Hindu revolutionaries capitalized on increasingly internationalist politics to bring forth their demands for revolution against the British empire. (All South Asians are referred to/misnamed as Hindu in early archival sources. Many early members of the Independence movements were Sikh.)

Together, Ghose and Smedley had penned letters to the U.S. Secretary of State, to foreign ambassadors, and newspapers throughout the country. Their letters spoke of freedom and liberty and invoked ideals of self-determination and justice: principles that President Woodrow Wilson and the United States proudly echoed as they shifted from an isolationist platform — their vision of America as an independent and neutral power — to one focused on Great-Power status.

Ghose and Smedley write:
“We rejoice that the government of your country stands for peace with dignity and justice. True and lasting peace means the removal of the causes of war. The causes of war, whether political and economic, can never be removed unless and until the nations of the world, great or small, are free and independent to shape their own destiny. In view of this, complete freedom and independence of India … is essential… Imperialism, which inevitably leads to aggression, is the root cause of war. British imperialism insists upon keeping the millions of India in subjection, violating the principles of equity, justice, and humanity. Under the present system of alien rule, enforced upon the people against their will and consent, it is impossible to have liberty, self-government, and development of the people of India. Free India means freedom for the people of Hindustan, crushed and pilloried for generations by the tyrannical and piratical acts of an alien people. Free India means free China, free Persia, nay free Asia. And if Asia is to unite with Europe to co-operate in furthering the cause of humanity, she must meet her on equal terms — she must be free and independent.”

For such actions, the pair were charged for “falsely acting as representatives of a foreign government without prior notification to the Secretary of State.” Both were first indicted in New York, and later in Grand Jury of the Southern Division of the U.S. District Court for the Northern District of California, with Ghose spending 9 months in Tombs Prison, and Smedley being held for eight weeks.

As is often forgotten, the victims of the first “red-scare” were not only communists but immigrants, including Indian nationalists seeking political protection within the United States’s borders. The San Francisco-based organization Friends of Freedom in India warned that deportation of such politically oppressed people would result in their execution if sent back to their homeland. Indeed, Ghose and Smedly were accompanied by numerous Indian nationalists, mainly part of the Gadar Party, and their allies who were similarly arrested and indicted on charges of Espionage and Sedition.

Bluma Kraus, a young Russian woman, was imprisoned because she was close friends with the “Hindus” and introduced them to her friends. Most notably, Taraknath Das, a naturalized American citizen, and fellow at the University of Washington served 22 months at the Leavenworth prison for violating American neutrality laws in 1915 before being tried for deportation and revocation of citizenship due to advocating for Indian Independence.

The U.S. government was vigilant in prosecuting these revolutionaries. From 1914 onwards, 17 Indians were indicted. In the United States, the British-Indian conflict found new grounds. When the trial for Das ended, the San Francisco Chronicle reported that Britain had spent $2.5 million to “secure the conviction of the 16 Hindu Nationalists on trial.” The British secret police were present in New York and San Francisco, with Mr. George Denham, a British secret service officer, working directly with the prosecutorial teams. The British police were said to have even “coerced American citizens in an attempt to secure witnesses against the defendant when they came to trial”, and brought “Indian witnesses under the military guard all the way from India” to testify against the nationalists.

Fomenting Hinduphobia: Does the University of Pennsylvania Care About Civil Rights or Academic Integrity?

At the center of these trials was the matter of the Hindu-German Conspiracy, what French Strother elaborately described as “a world-embracing plot, engineered from Berlin, involving a half-dozen American Cities, and ending in Java and India, intended to use the United States as the base for military operations for the German conquest of India.” The U.S. Department of Justice and the British government worked closely together to unearth the link between Indian nationalists within the United States and their German opposition. Two well-known Indian leaders and Gaadarites — Har Dayal and Ram Chandra — were openly cavorting with the Germans, with Dayal fleeing to Berlin when on bail. The U.S. government also found secret codes between the Germans and Indians. As uncovered by investigators, the Germans were to aid the activists in shipping arms back to India. Sukumar Chatterji, an Indian nationalist, admitted to receiving money and aid from the Germans to help “foment a revolution.”

The post World War I climate and the threat of deportation likely pushed some of these “radicals” to adopt a new sort of movement — one more tempered and focused on immigration rights and civil liberties. This was possibly an attempt to alienate themselves from leftist groups and become more politically palatable; it could also just be that many earlier activists found a new calling in an environment that was especially hostile to Indians. From 1900-1930, numerous riots and massacres broke out against Indians in the Pacific Northwest.

In 1923, the U.S. Supreme Court ruled that Asian-Indians were ineligible for citizenship, resulting in the denaturalization of around 50 Indians. The politics of Sailindranath Ghose echoes this transition. By 1927, Ghose was a member of New York’s Civic Club, a product of the Harlem Renaissance that brought together Black writers, pundits, and White publishers. He built a relationship with the Black thinker WEB Dubois, and shifted his focus to immigration rights and passing the Hindu-Citizenship Bill S4505.

Madhumitha Krishnan is a recent graduate from U.C. Berkeley who will be a Gardner Fellow from 2021-2022. She is an aspiring historian and a hopeful public servant, with the goal of working to secure the rights and liberties of migrants and marginalized people. She is passionate about reclaiming agency in how we tell our stories and our pasts.