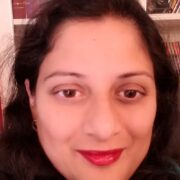 ‘America is not a racist country at all, at least there isn’t as much discrimination as in India.’ Let’s face it — when first-generation Indian Americans speak about America being a land of opportunity, a land where ‘anyone’ can succeed merely on their hard work and merit, and most crucially when Indian Americans deny that they have not faced any racism in America, they are always speaking relatively. Relative to India, where discriminatory speech is open and hurtful — from fairness ads and preference for fair skin— to ‘honest’ conversations about how ‘lower castes’ and OBCs are undeserving of their ’quota’ jobs; to a dismissal of the woes of the average man and woman as being a result of ignorance and backward mentality rather than of circumstance.

First-generation Indian Americans have grown up hearing how their fairer cousins were automatically better looking, where the first step in arranged marriages was to approve of the particular shade of brown the potential bride (primarily) and sometimes the groom sported. A country where a darker partner was automatically deemed to have married out of their league (never mind other qualities of intellect, humanity, etc) if their spouse was fairer than they were. Even Bollywood heroines make the ubiquitous journey from being ‘dusky’ to fair via several visits to dermatologists — Madhuri Dixit, Priyanka Chopra, Anoushka Sharma, Deepika Padukone — have all grown progressively fairer over the years.

Then again, first-generation Indian Americans have also been part of conversations where upper caste people sat around and debated the unfairness of caste reservations in universities and government jobs (it is no coincidence that the bulk of earlier immigrants from India until the turn of the millennium was upper caste) and how the reservation system denied meritorious and deserving members of the upper castes from working hard at jobs and occupying seats in higher education that were now occupied by lower castes, who were lazy and ignorant at best, unscrupulous and conniving at worst. The language surrounding the reservation system in India is identical to the language surrounding affirmative action in the U.S., except for the fact that in India we are talking about castes, while in the U.S. the action pertains to races of disenfranchised people. But that is fodder for another day.

Since the turn of the century, of course, with the expansion of educational opportunities in India precisely through the reservation system, there are more people from lower castes in the U.S. People who are accustomed to conversations hastily changing as they walk up, or whispered conversations that shut down suddenly as they approach. People who understand the veiled inference that their presence is indicative of patronage rather than merit.

Of course, the centuries of colonial rule in India ushered her into the industrial, capitalist world of social classes predicated on wealth and status. Hence the middle class which claims to be the bulwark of India, and its conscience to boot, speaks dismissively of the lower classes. The blue-collar workers and laborers are deemed morally deficient, ignorant, easily led by unscrupulous politicians, etc. Much as middle America claims about blue-collar America.

The point I am making, albeit circuitous, is that we Indian Americans readily absorb all manner of frameworks of inequality whether related to ancient institutions like caste, or colonial imports like race and class. We excel in the belief that we can only feel validated if we prove ourselves superior to our fellow humans, whether this superiority is based on caste, class, race, region, language, or education… the list is endless. So, we talk about how Tamilians are naturally gifted in sciences, Bengalis are the intellectuals (albeit effete), and Punjabis are the jocks — all laughably colonial inventions which we have internalized in a Stockholmian manner worthy of a criminal genius! And we feel comfortable in our superiority.

When we arrive in the U.S., we find a country awaiting us, where words become extremely important. The basis for litigation, accusations of racism, potential loss of jobs, etc., we learn that we must be extremely careful about how we talk about other races of people. Brought up in the bowels of a society where codes of inequality take so many forms that they are an insidious part of everyday conversation, we internally castigate the ‘too politically correct’ society of the U.S. which does not permit us to voice our ingrained everyday racism and sexism.

Hence, when we judge American society about its own racism, first-generation Indian Americans do not see common evidence of the kind of flagrant, in-your-face racism that we are accustomed to hearing in India. And having internalized our colonial masters’ prejudices, we are too willing to accept the stereotypes of Black and Latino people that the U.S. perpetuates. How many of us, newly arrived in the U.S., are extra careful in ‘Black’ or ‘Latino’ neighborhoods? Rather than making the logical connection between lower-income groups and higher crime rates as a result of institutional persecution and lack of resources, we automatically side with the institutional version of describing certain races as being more prone to crime.

Not only do we often unconsciously make racist judgments about other groups of people, but we also rarely hear any blatantly racist epithets. Little realizing that we have the Civil Rights Movement and the activist movements of the 70s and 80s to thank for a society that does not openly admit its biases against us (again, this is the subject for another day), we are relieved that racist epithets are not daily hurled at us. Remember, we are still judging relative to India, and compared to India where no one seems to filter their prejudices in a group setting, the lack of open discrimination can seem like the lack of racism itself. Any news about racism directed towards other groups of people (usually Blacks and Latinos) can be rationalized within our own racist views of them. Therefore, for most first-generation Indian Americans, the frequent injustices to Black and Latino peoples are simply the consequences of their actions rather than the evidence of centuries of cruel oppression.

Why Everyone Invested in India’s Democracy Must Read Niranjan Takle’s ‘Who Killed Judge Loya?’

But is this necessarily accurate? Does a society that does not verbalize its racism as frequently as in India necessarily mean that it lacks racism? Should we judge a society relative to another society, or in terms of absolute human values? In other words, to use a comparison, the average homeless American owns more property than the average homeless Indian. Does that mean that homelessness does not exist in America? Similarly, if we are accustomed to overt and blatant racist, sexist and unequal speech, and we do not hear this speech, does it absolve society of all racist acts and microaggressions?

(Top photo: An undated photo from the 1980s. A group of Indian students from Columbia University protest violence against Indians in New Jersey. Photo by Corky Lee. Courtesy, Smithsonian.)

Jyoti Mohan is a historian of South Asia and the South Asian American diaspora. Her research currently consists of deeply satisfying hours, retrieving lost histories of South Asian ancestors in America. When not poking around in the dusty annals of history, she is equally interested in the contemporary developments in the South Asian American community, particularly the second generation. To this end, she tries to ‘walk the walk’ and participate in civic and community activism to change and bring awareness of complex issues which affect our community like race, gender, sexual orientation, mental health and the evolution of a South Asian American culture. She spends a lot of time goofing off too. With her menagerie of dogs, rabbits and kids, she has a fulfilling chaotic life where she alternately wishes she could run away with just her dogs, and can’t believe that she lives such a full, noisy, wonderful life! She can be reached at Jyoti_mohan@hotmail.com.