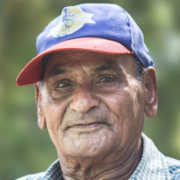 Music in the Time of Covid: A.R. Rahman to be Honored at Children’s Hope India Gala

It is not uncommon to find Indian Americans who support Prime Minister Narendra Modi and believe that President Donald Trump is remarkably like NaMo. However, if we examine closely, nothing could be further from the truth. Let us examine this in a methodical manner.

Common Decency: Donald Trump seems to relish insulting anyone and everyone except his most loyal sycophants. The list of his targets is endless and includes elected leaders of the foreign nations. In particular, he has targeted America’s traditional allies such as Prime Minister Trudeau of Canada, Prime Minister Turnbull of Australia all the while exchanging “love letters” with the North Korean dictator Kim Jung Un and admiring Russian strongman Putin. On the other hand, Prime Minister Modi believes in maintaining proper diplomatic protocols and refrains from personal attacks on either his domestic opponents or even on foreign leaders adversarial to India. As a result, the U.S. today stands diplomatically unpopular in the world while India has enjoys excellent foreign relations around the world under NaMo.

Work Ethic: Donald Trump is known to watch several hours of TV every day and play golf at every opportunity no matter what crisis the nation is going through. NaMo is known to be an extremely hard working Prime Minister.

COVID-19: Donald Trump has been criminally negligent in how he has handled the pandemic. Callous, uncaring, and unscientific are the only descriptive one can use when over 200,000 citizens die in the most advanced country under his watch.  He even refuses to wear a mask in the public and holds indoor rallies packed with people. In contrast, NaMo introduced a countrywide lockdown right at the onset of the pandemic thereby effectively flattening “the curve” even in a developing country like India. NaMo never ever appears in the public without a mask, setting an excellent example for people to follow. Trump even bullied and blackmailed India into sending huge amounts of hydroxychloroquine to the U.S.

Foreign Policy, Afghanistan: President Trump has effectively surrendered Afghanistan to the mercy of Taliban and its sponsors Pakistan and China. This backstabbing comes at the cost of poor Afghan people and, also their friend India. NaMo had assiduously backed the democratically elected India-friendly government in Kabul by giving over $1 Billion in civilian aid. Not only is all that aid going to waste, it is highly likely that the Taliban will next target Kashmir.

Foreign Policy, Iran:  By abandoning international agreement on restraining Iran from developing nuclear weapons, Trump has created an unstable situation. India may now have yet another country with nuclear weapons in its neighborhood. He forced India to abandon Chabahar Port development, railway project and buying highly subsidized Iranian oil. All those benefits have now gone to China. NaMo had skillfully navigated the intense rivalry between Arab countries and Iran to the benefit of India.  Now that is all in ruins, thanks to Trump.

Environment:  Trump does not believe in the science of climate change, has eliminated a host of environmental laws created over many years and walked out of the Paris Accords. NaMo takes climate change very seriously. He has taken India on the path of a large-scale solar and wind power generation whereby India is now the World Headquarters for International Solar Alliance.

Healthcare Equity:  Trump has deliberately and vengefully tried to damage and cripple the Affordable Care Act (Obamacare).  This has hurt the most vulnerable poorer sections of the American society. He had promised to replace it with “most beautiful” alternate plan which he never has even attempted to do. Under NaMo India is embarking on an ambitious target of achieving Universal Health Coverage for all during. Everybody will be entitled for comprehensive health security in the country. It will be obligatory on the part of the State to provide adequate food, appropriate medical care, safe drinking water, proper sanitation, education, and health-related information for good health.

Corruption:  Trump and his family are suspected of tax evasion and has repeatedly refused to release his tax records. His businesses have benefited from government activities while he is in office in contradiction to the existing laws. Numerous of his associates and appointees have been indicted and/or convicted of corrupt practices.  Trump himself underwent impeachment for his connection to the Russian meddling in the 2016 Presidential election. Had it not been for equally corrupt fellow Republican senators, he would have been convicted of high crimes against the nation. Have you ever heard of NaMo being corrupt or of his tolerating any corruption?

Truthfulness:  It is a well-known fact that Trump lies every time he opens his mouth.  He even lied that NaMo had asked him to mediate between India and Pakistan on the Kashmir issue which NaMo openly has denied. Trump also wants to meddle in resolving the India-China border issue without India asking for his help.

There are many other stark differences between President Donald Trump and Modi. In fact, it would be hard to find any similarity between the two. On July 10 BJP officially asked everyone not to associate Modi’s or BJP’s name with the Trump campaign. That is called “distancing”!

Let us now very briefly examine what Joe Biden will bring to the table instead.

Leadership qualities: Biden has the maturity to work with those who disagree with him and has demonstrated that leadership for over 36 years as a Senator and 8 years as Vice President. As a result, he commands respect among the leaders across the aisle and around the world. No wonder that he has been endorsed by more Republicans than any other Democratic candidate in recent memory. He will heal the divisiveness affecting this country due to Trump’s politics and bring civility to political discourse in our adopted beloved country.

Fairness and Racial Justice: Biden has respect for all faiths, ethnicities, and races. In fact, he is extremely popular among all minorities. By choosing a highly qualified woman of color – Kamala Devi Harris – he has demonstrated his commitment to racial equity. He will leverage her prosecutorial experience to bring about balanced and sensible judicial and police reforms. He will balance law and order with racial justice.  He will assure that racists do not run amok threatening us or our brown skinned children.

Health Care: Biden has presented concrete plans to tackle the Covid-19 pandemic based on science. It includes a plan for administering vaccines in an orderly fashion and reinstating the potential pandemic monitoring system dismantled by Trump. He will safeguard the Affordable Care Act and improve upon it. He will ensure that prescription drug prices become affordable to the most vulnerable population.

Foreign Policy: Biden will bring back sanity to the American foreign policy.  He will honor our international commitments and rebuild alliances. He will rebuild the State Department gutted by capricious Trump and foreign policy will once again be run by true professionals, not by daily changing whims of one ill-informed but arrogant man. Biden will not be a puppet of a foreign leader like Vladimir Putin and will present a consistent opposition to China, not solely based on the trade policy but also based on respect for international norms and human rights.  He will not undermine and belittle U.S. intelligence agencies. In short, Biden will be an excellent leader and a respected head of state the world over

Relations with India:  India and the U.S. have many common strategic interests and similarities. Biden has worked extensively in the past as President Obama’s VP and will continue to do so on becoming President. Kamala Harris will bring a special touch to those relations with her years of childhood connections to her maternal family. There is nothing to worry about Biden-Harris policy towards India.

Science and Environment: Biden is the only candidate to have ever been endorsed by the Scientific American and several Nobel Prize winners. This is because they know how respectful he is towards science. He is deeply committed to mitigating dangers posed by climate change to future generations without causing immediate economic harm.

Personal values:  Biden has led an exemplary life as a family man who has suffered enormous personal losses. Yet he has remained very compassionate, honest, truthful, and full of empathy. There could not be a starker contract between him and Trump on this single issue.

As 2020 elections are on our doorstep, Indian American voters need to ponder their choices very seriously. Do not fall for the Republican propaganda that Modi and Trump are great friends and are remarkably similar. They are not! Modi is perfectly capable of working with Biden and the Democrats. Hence vote rationally and vote for persons who are best of our adopted homeland — Joe Biden and for our own Kamala Harris.

N.K. Vivek is a retired tech executive living in Palo Alto, CA. He is passionate about the future of America and believes in changing the views of South Asian voters. He is an active member of They See Blue.