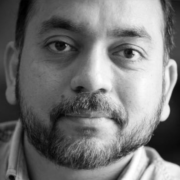 Hindu extremists in India stayed true to their touchstone of hate and bigotry and added another day of infamy in India’s modern history. They have been calling brazenly and openly for the genocide of Indian Muslims in their religious gatherings. However, it took BJP’s national spokeswoman’s despicable attack on Prophet Muhammad to wake up the world and the 2 billion Muslims to this hate fest that has become a daily occurrence in India.

The reaction was swift – over a dozen Muslim majority nations summoned the Indian ambassadors and registered strong protests and condemnation of the BJP’s mouthpiece that has been spewing venom for a long time. Indian goods were pulled from the shelves in a boycott and several employers threatened to fire Indian workers who were sympathetic to the Hindu extremist groups. The carefully cultivated diplomatic and business relationship with the Muslim world lay in tatters.

With billions at stake in the trade and the future of millions of Indian expatriates under the cloud in the Gulf countries, even the BJP found itself cornered and ended up suspending its national spokeswoman, Nupur Sharma, and expelling another rabble-rouser, Navin Jindal from the party. BJP self-implicated itself by calling its national spokeswoman a “fringe element.” If the spokeswoman was a “fringe element” then what about the party that she represented? Given the furious backpedaling happening in the BJP, this was not a time to ask cogent and critical questions.

While BJP’s unprecedented and humiliating backtracking may have cooled off some of the anger from the Muslim countries, it further inflamed its base that has been nurtured on the formula of hate, bigotry, polarization, and demonization of minorities. They felt betrayed by BJP’s stance. Furthermore, the BJP government issued a statement reiterating India’s commitment to respecting all religions and religious personalities and ensuring equal treatment for all Indian citizens irrespective of the faith they professed. This was diametrically opposite to the path that the RSS had charted for converting India into a Hindu Rashtra (Hindu nation).

Given these massively impactful developments in the last few days in India, the jury is still out if the BJP’s action against the “fringe” elements in the party will expand to include more of the Sangh Parivar elements that never tire of demonizing, harassing, and encouraging violence and genocide against minorities. As usual, Modi maintained stoic silence in face of this storm that engulfed India. Silence is golden but being silent in not condemning hate and bigotry makes one an accessory.

The Richness of Earthly Realm: What is the Real Meaning of Wealth That We Seek When Celebrating Diwali?

India and Indians have a lot of soul-searching to do. The hate genie that was let out of the bottle at the ruins of Babri Masjid in 1992 has grown to such strengths that putting it back into the bottle may take generations. Perhaps this sordid episode involving BJP’s spokeswoman may very well be the defining moment when Indians reclaimed India from those who are tearing its social fabric apart. We owe it to our future generations to keep India grounded in love, peace, and brotherhood/sisterhood that has been the glue that held Indians together.

Zafar Siddiqui was born in Hyderabad and currently lives in Minnesota. He is a community activist involved in building bridges of understanding between the Minnesota Muslim community and the greater Minnesota community. He serves on the board of several non-profits. He can be contacted at ezwriter02468@gmail.com.