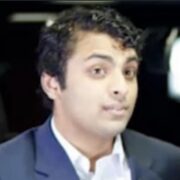 Right now, if you look on YouTube there are numerous people posting videos of driving over 250 mph on public highways in Germany. Now, this is to an extreme, average speed on a derestricted autobahn is around 100 mph. Over there it is perfectly legal to do so as a majority of the freeway system doesn’t have a maximum speed limit. In the United States, all states have a maximum speed limit at or below 80 mph.

Let’s go over the facts, the death rate on the German autobahn system is 1.98 per billion km driven compared to the U.S. which is 3.62 per billion km driven. Why is it this way? For one thing, 90%+ of American roads have speed limits set below free flowing traffic. Traffic theory dictates speed limits should be set at or above the 85th percentile of free-flowing traffic. This is due to the fact that statistically drivers in the top quartile of speed are the safest. Drivers are more attentive, and it is easier to change lanes. Less than 15% of fatal accidents in the U.S. involve a car going above the speed limit. Over 90% of fatal accidents driver inattention and/or falling asleep.

I’ll tell this straight up the primary reason speed limits exist is to jack up auto insurance rates and revenue generation. They serve no safety purpose and actually a negative safety effect. Safer drivers (on a per mile basis) are more likely to get tickets. My first car Audi A4 was the safest statistically on the road yet most ticketed. Consider this: it costs $5,000+ for the average speeding ticket when taking into account fines, government spending (court, DMV and law enforcement costs) and insurance cost increases.

Right now, drug policy in the United States is focused on primarily through criminalization. This is enforced through fines, probation, jail and/or prison. In Western Europe, drug policy is focused on through addiction treatment. This is done primarily through medication and/or hospitalization. As of now, premature death rates from drugs are significantly higher in the United States. The War on Drugs is a failed policy since President Nixon pushed for it.

For one thing it vastly increases profit margins for drug cartels along prices for the user. This leads to more “crimes” being committed by those who produce, deal and use drugs. Latin America’s homicide rates have rocketed since the War on Drugs due to increased drug cartel activity. Users are more likely to steal to get money for drugs due to the higher prices. It’s not just effects on the dealing, production and user but also the system. Do you know we spend more per year imprisoning a person than it costs to study a year at Harvard University?

On top of that there are significantly higher budgets for the law enforcement and court system due to the War on Drugs. Another issue, enforcement of drug laws discourages addicts from seeking treatment. Right now, the United States has the highest inmate population in the world and this is a sad circumstance. We want our people to be free, happy and in liberty. We want justice and proper policy and laws. We should invest heavily into vocational education of prisoners like Norway to reduce recidivism rates (going back to prison).

One thing I wanted to note, in the United States more people die prematurely from drugs than from car accidents. The estimated economic toll from premature drug deaths is over $1 trillion a year. There were court cases in Montana that reduced and at a time completely removed speed limit enforcement for several years during the 90’s. What was found that no enforcement was better than limited enforcement. The estimated economic toll from USA car accidents is over $500 billion.a year. On the issue of policy and laws we must consider the social, health and economic benefits and drawbacks.

What are the lifestyle, productivity, revenue, life expectancy, enjoyment/suffering effects of such policy and laws? In addition, we must consider moral and philosophical issues. What are stated intents and expected outcomes of the policies and laws at stake? What are the real intentions and outcomes? Are we inhibiting free will and/or voluntary exchange of goods and services? Is society better off? Are individuals better off? Are the majority or minority better off? Or are these entities worse off?

Rahul Ghosh is a futurist and an aspiring sci-fi writer. He graduated from UCLA at the age of 17 but opted not to go to any graduate school. He delved into the world of trading currencies, securities and commodities as he likes to play with numbers.