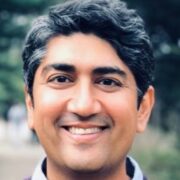 Late to the party but didn’t want to miss out on the #Obama Birthday bash!

Aside from my parents and Haley, no person has had a more profound impact on my life than Barack Obama.  In 2008, almost overnight, I quit an established career as a journalist to become an unpaid intern on a presidential campaign. And that was just the start.

The change you brought to this country did not end when you left office.  It has just begun as everyone who worked for you continues the work, each impacting the world in our own way but with the same audacious hope and the fierce urgency of now that you first unleashed all those years go.

The top photo is my favorite picture of my time at the White House, working on a speech about immigration reform that really did change my life — deepening, in ways that still echo, my sense of self as an American who is the child of immigrants. (If you want to read about it, there’s a chapter on it in #WestWingers — Gautam Raghavan I’m always pitching our book.)

The Remains of the Day: Story of the 1947 Partition as Told by the People Who Were There

Aneesh Raman is Senior Advisor on Economic Strategy and External Affairs to California Governor Gavin Newsom. Raman previously held a number of positions in the Obama Administration, including as a speechwriter to President Obama, making him the country’s first Indian American presidential speechwriter.