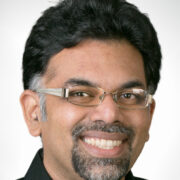 Back at Foggy Bottom: Biden Nominates Richard Verma as Deputy Secretary of State for Management and Resources

“Is it the deity saying this, or the actor?”

So asks the cold, greedy young landlord in a memorable scene just a few minutes into the movie “Kantara.”

If you have seen the movie, you know what happens next. If you haven’t, I will explain the context hopefully without spoiling anything for you. The scene pertains to the second key moment in a long, multigenerational tale of the relationship between the Gods, land (the forest, to be precise), and humans (the “tribals,” as well as the more privileged rulers).

This brash landlord with 1970s mustache and sideburns has just set in motion a challenge to the bond that existed for generations between Panjurli, the boar-deity, the landlord’s family, and the people whom he now seeks to displace from their homeland.

Panjurli, who we might say speaks through the performer as a medium (or, perhaps we could also say, there is no ‘medium’ in between and the deity and the performer are really one) naturally will not allow a breach of ethics and refuses the landlord. In response, the landlord insinuates the unthinkable in that devout gathering – that it’s not really the deity speaking, as everyone there believes and has always believed, but just an actor, as our modern minds would perhaps lean us towards assuming. Devata? Or Nartaka?

I will leave this example aside for now to take up a question that I have felt the need to consider many times in my profession and life. When we say something, or someone says something to us, how do we decide on what is real, and what isn’t? In my case, I have thought of it not only in the usual contexts of daily life, but also in contexts slightly similar to the scene in “Kantara” too, situations where gods, actors, humans, all seem to merge into one another and you can’t say what is what (or maybe you can, and simply don’t want to because your modern “rational” friends might laugh at you).

In the wake of success of “Kantara,” many viewers have shared stories on social media about things they have witnessed that one might call, at best, “possessions.” Clearly, many of us educated in English-medium schools do not have even the cultural competence or vocabulary to describe what happens, for example, when someone you know as a neighbor or relative, all too human, becomes a God through some kind of ritual or tradition.

Sometimes, it’s not really that, but only a “performance,” such as a play or dance drama, perhaps. Modern cultural programs are performed and consumed largely under the expectation that this is a modern, maybe “secular” interaction between the performer and the audience. One appreciates the “art” of it, at best, and that’s that. Some might also expect to see not just art but also some “politics” expressed around it. All this is still, of course, in the realm of what we call performance.

But what, I suspect, has made the experience of “Kantara” so vivid, intense, and intriguing for many fans of the movie is the fact that it depicts a reality that has been lived, and continues to be lived, by millions of people. Many devout people do gather around certain individuals, gurus, Gods, “godmen,” avatars, whatever one calls them, with the shared understanding, or belief, if you will, that what is unfolding before them is not just a human exchange.

In my novel “Saraswati’s Intelligence,” part one of my ongoing (really ongoing, because I have not yet managed to complete writing the third part), fictional trilogy about Hanuman, I pictured an exchange between Princess Vaishnavi and Hanuman in which Hanuman asks the Princess if the mantras at the ancient temple give the rishis the power to “play God.” The Princess replies: how do you know that it’s actually not God playing you?

So many worldviews, so many generations of lives, memories, struggles, all play out every day in our lives and minds; quietly sometimes, more obtrusively so once they become collective, public, or political questions and forces.

I suppose I have only one way to respond to the landlord’s question in “Kantara.” As a rational, modern observer, perhaps I ought to say that, of course, there’s no “God,” really, that it’s only the nartaka who speaks, but then he is deemed to be God by those who believe he is on the strength of his conduct. There is nothing really outside the “human” here, but we could acknowledge that a certain local cultural tradition uses labels like “devata” for such a shared ritual encounter.

But then, I might also say that my life too is full of memories and experiences and perhaps imagined worlds, to be so dry and anthropocentric. The true assessment then is not that a human dons the role of a god, but that the god who has assumed the role of so many humans (and other beings), now allows a certain expression through the medium of a sacred character or role.

I have no answers, only some thoughts to muse out aloud. But I do have one image that has somehow stayed with me these past few days since watching “Kantara” (and its spectacular, thrilling and so deeply moving last scene). It has to do with a phrase that extended family members and friends used to say about my father.

A full vessel. Someone so content and peaceful that they do not get angry, sad, needy, or greedy.

I used to think that this phrase referred to each of us as individuals, as persons limited to their bodies and lifespans. And yet, somehow, in the wake of the fiercely imaginative and recklessly ecstatic moments of transgenerational continuities in “Kantara,” I can’t help thinking that the term nindu kunda is not just a one-body concept.

I have started to imagine the notion of fullness, of peace, contentment, joy, perhaps, as a multi-generational project, sprawling across time and the lives of ancestors and descendants.

When you feel a moment of peace and fullness, perhaps it’s not just your or your brain chemistry for the moment but really a project that has been in the making for generations before you.

And then, you build it up some more in the course of your lifespan not only for yourself, but for those who will come after you, from you, for sure, and perhaps also for those who have come before you, who have still managed to exist to this day in you, as you, and maybe, for you.

We tend to think so much of life and relationships and the roles we choose to play in the static terms of the present. But there is more when we look beyond space to time as well. In some cosmic Varaha or Trivikrima or Maha-Vishnu-span of time, beyond our eyes but not beyond our capacity to imagine, are our ancestors and progeny too, all interlinked, somehow.

Is it the devata or the nartaka? From one point of view, it’s all just the Ananda, the bliss, the contentment, the nindu kunda filling up one life to another across time. From another, it’s the roles we play, child, student, adult, parent, elder, worker, boss, consumer, citizen, work-life stuff. I think there is nothing any less in being the nartaka too. We all play our parts, in life, or in art, or in movies. I think of my mother and her roles as the goddess Satyabhama, or as Ravana’s queen, Mandodari, or other “characters” from a transgenerational cultural imagination that can never really be reduced to what our modern episteme wants us to pretend it is. I hear stories of how actors prepared for their roles, fasting, sleeping on the floor, distancing, even if temporarily, the vices that make us, or keep us, only human. Pavitra patra. A sacred role.

How I wish we could remember that is what we are playing in our real lives too. Child, parent, friend, all a pavitra patra.

The parts, the containers, a column of clay pots of the sort you picture in Krishna’s childhood stacked up all the way to the stars, they will come and go, transient, being dissolved and recast below again and again.

The fullness, meanwhile, flows on. And on and on.