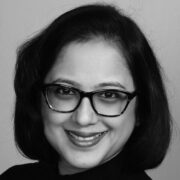 After focusing on professional and personal growth, building stable careers, and accumulating significant wealth for decades, the Indian diaspora in the U.S. is ready to turn a new leaf. Now that they are financially secure and well established in their adopted country, the community has come of age. They are entering not only a diverse range of professions, shattering previously held stereotypes about Indian Americans, but also sweeping into philanthropy in a way that has not been witnessed before.

Indian Americans have been expanding their philanthropy from giving to family and community to contributing to broader-based social causes both in India and the U.S. over the last decade. This trend has encouraged research like the one carried out by the Bridgespan Group in 2015. It found that this community can give to India at levels that could dwarf official U.S. development aid there.

A more detailed survey in 2018 by Dalberg and Indiaspora dug deeper into the giving behavior and motivations of the Indian American donor community and made some amazing discoveries. The survey found that while Indian Americans are great at donating time and volunteering, they lag when it comes to donating money, compared to the rest of the American population. The estimated donation rate of Indian Americans is 1.5% of income per year, compared with the American donation rate of 4% per year. This results in a “giving gap” of $2-$3 billion between the current giving and what the diaspora would give if they matched the US average.

While some might be disheartened by this gap, Indiaspora, a nonprofit established to transform the success of Indian Americans into meaningful impact worldwide, sees it as an opportunity to bridge the gap. Ashish Shah, Senior Director of Philanthropy and Community Engagement at Indiaspora believes that the decade of 2020 is very crucial to elevate the diaspora community’s level of giving. He said that one of the key goals of Indiaspora is to double diaspora philanthropy in the coming years as part of their social impact work.

While discussing the major trends in philanthropy and why he is optimistic about the Indian Americans stepping up when it comes to giving, Shah pointed out how the younger Indian Americans are poised to amass wealth faster than those who came to the U.S. in the 1970s and 80s. “They are also getting more strategic about their giving. While the top three causes remain education, health, and poverty alleviation, now added to that list are climate change, rural development, and sanitation,” he said.

The philanthropic space has matured in India, too. There are now more nonprofits working in India that offer more opportunities to Indian American donors. There are also new financial tools that have made it easier to give to charity and development work. Online giving campaigns enable crowdfunding for small donors and are rather effective. Indiaspora’s “ChaloGive for COVID-19” initiative to fight hunger reached its initial goal of $1 million in just ten days from launch with an outpouring of support from the diaspora community in 2020.

Another change coming over the philanthropic ecosystem is that “charitable giving is no longer the exclusive domain of billionaires at the top of the pyramid and retail ‘macro donors’,” observes Shah. “A large ‘middle of the pyramid’ is developing that is made up of intermediaries, catalysts, and changemakers.” Indian Americans now have professional careers in philanthropy and are well represented in leadership positions in influential foundations. For example, Rajiv Shah is the president of The Rockefeller Foundation and Ankur Vora is the chief strategy officer at the Bill and Melinda Gates Foundation.

Indian diaspora in America has entered an age of collaboration as well. In 2019, 11 nonprofits came together to form the India Philanthropy Alliance (IPA), a collaborative to advance humanitarian and developmental goals in India. Now with more organizations in its fold, IPA raises more than $135 million annually in philanthropic donations, including more than $60 million in the US, and has impacted more than 70 million people.

Building the culture of philanthropy among Indian Americans has led to a greater acceptance of the community into the mainstream and has also enhanced the soft power of the Indian diaspora. It has strengthened the relationship between the US and India as well. That’s why organizations like Indiaspora are critical because though its areas of focus include philanthropy and social impact, the nonprofit also puts in a lot of effort in raising awareness about U.S.-India bilateral relations and facilitating non-party civic engagement within the diaspora in the U.S.

In today’s fluid global environment, diplomacy is no longer an exclusive turf of the state. The concept of soft power was added to the lexicon of foreign policy by political scientist Joseph Nye for a reason. Defined as the ability of a country to persuade others to do what it wants without force or coercion, soft power is considered important to influence international relations in addition to wielding hard power (backed with strong military and economic prowess).

The Indian diaspora’s philanthropic contributions make it a crucial soft power asset because of its unique positioning. They give not only to India but also to their local communities to express gratitude for the support they receive near home. HungerMitao, a movement founded by Raj and Aradhana Asava in Texas is a striking example of how the Indian community stepped up to fight hunger across the U.S. during the current Covid-19 pandemic. This gives the diaspora leverage to engage the U.S. public opinion and politicians in their adopted land and educate them about their country of origin.