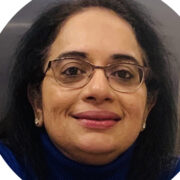 Empathy, sharp intellect, joyful and a profound sense of justice, the hallmarks of who Sen. Kamala Harris is shined through as she debated Vice President Mike Pence on Wednesday night. Carole Porter, her longtime friend once said to me, “Kamala today is the same as she was as she rode the school bus with me in elementary school and stood up for her friends at school.” As children, Kamala and her sister Maya successfully rallied their community to support the creation of a children’s playground in their apartment complex even though the idea was shot down by their landlord. Perseverance and being fearless is in Kamala’s DNA. Public service is a natural choice for her that her many career firsts stand as proof.

Kamala’s unflinching opening statement of the debate effectively summarized why the incumbent ticket lost its right to be re-elected — “The American people have witnessed what is the greatest failure of any presidential administration in the history of our country.”  She moved on with the same determination as she won $20 billion settlement from banks to their customers, and unperturbed by how Pence was interrupting her, Kamala stuck to her guns. She made a strong case of articulating Joe Biden’s policies and holding Pence’s feet to the fire on accountability that the administration had failed the American people by withholding the truth about the pandemic for six weeks and the ensuing consequences of the pandemic. It is this sense of justice that has been the founding tenet of her career “Kamala Harris For the People.”

As she weaved her responses brilliantly with facts about policies and referenced Biden’s stand on the issues, her sincere fondness, affection and deep respect for him was very evident and you could see she would be the staunch ally for him as he was to President Obama. There was much talk about her selection as running mate being based on race and gender, but the debate showed once again, she was just the right fit for the job. As she skillfully pushed back to being interrupted by Pence saying, “Mr. Vice President, I am speaking,” she stood her ground firmly with a smile on her face and an expression on her face that was emblematic of her confidence.

This is not a debate theatric — that’s how Kamala often inspires women of color to speak up. She reminds as they walk into a room, they are not alone even if looking around a room it may seem so. “We are all in that room with you, as you carry the voices of so many of us.  So, chin up, shoulders back, use that voice, know the power of that voice.” On Wednesday night, she showed us once again how to do it deftly.

While the media and instant post-debate polls declared her the winner, her long-standing supporters knew that would be the score. Astute with facts and with laser-like precision she successfully prosecuted the case against the Trump administration while also showcasing how a Biden-Harris administration would build back better. Even though neither candidate answered the question on transfer of power due to the age of both presidential candidates, she showed any remaining skeptics that she is ready and capable to be President on day one, but for now perfectly balances the ticket.

Her fighting spirit comes from a dual racial legacy of indomitable black women and brave Indian women who fought for civil rights, women’s right to vote and independence from British colonialism. Nurtured by a family of fighters for justice, she is the champion we need as our country simultaneously tries to address healthcare, racial, environmental and economic inequalities exacerbated by the Covid-19 pandemic.

A genuinely affectionate person who believes in her core that “we have so much more in common than what separates us” she is the perfect architect to reunite our country along with Biden who is widely acknowledged as a bipartisan leader and as evidenced by outpouring of support from Republican leaders. Being bridge builders and having empathy will be the most important qualities we need at the helm of our country as we heal the broken spirit of Americans and bring back joy to America.

The job ahead is of course more herculean to rebuild our country’s economy and restore our leadership in the world. And rightfully, as Biden says, the job of President is too big for any one person. As he was given a lot of latitude by President Obama, it is clear that Kamala will also have an opportunity to be a reliable partner for President Biden as she has proven to be aligned with his values. She will not only be the last person in the room to honestly speak her mind but will defend him staunchly. After the Vice Presidential debate, I can truly say, Biden found his Biden.

Anu Kosaraju is cofounder of ‘Indian Americans for Biden-Harris’ and a community organizer partnering with several grassroots groups to mobilize Indian Americans who are the swing voters in 2020 given their high numbers in battleground states.