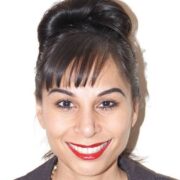 This is a fascinating topic for us to explore. Being a second generation American, born to two immigrant parents who came to this great country decades ago, I call myself an American thru and thru. This means, I was educated in American institutions for higher learning, identify with American roots, understand the constitution, have a full understanding of the American revolution, along with the rich heritage we as Americans have fought on the battlefield to attain. I also live and die for these values.

Freedom, liberty, and all of the benefits you and I experience today, came from blood sweat and tears on a bloody battlefield with nothing but faith. A new nation was fighting against the largest known military on the planet, the British military — and won. God was clearly on the side of our founding fathers. God has blessed America with great bounty, being the breadbasket of the world, and being the leader in a broken world.

The rights we have as Americans are second to none. There is nowhere else on earth that one can attain the American dream. What is the American dream? It is life, liberty and the pursuit of happiness. These bedrock principles are express today by individual freedom and lack of government regulation. The lack of red tape from the huge bureaucracy. The people have the power and the government does not. This is the pinnacle of America.

One can go out and open a business without layers of red tape, unfavorable laws, governmental opposition, years of applications, and taxes to murder them — this is capitalism. One can go out and buy their dream home by choosing their banker, from a pool of competing banks, brokers, and institutions. This is perfect competition in economics. Privileges we have as Americans are second to none. There is nowhere else on earth that one can attain the American dream.

Our income taxes and taxes across-the-board are lower than any other nation. The government makes it easy for its citizens to succeed, because then the country succeeds.
These foundational principles can be echoed in the Republican party, which is known as the GOP (Grand Old Party).

Most people of Indian origin who come here get sucked into the lies of the Democratic Party by way of critical race ideology. The left leeches off innocent immigrants who come here for the American dream by getting them to vote liberal — and then they eat up all their income by high taxes. This should come as a wake-up call to all those doctors and high-income earners from the Indian community.

Fiscal conservatism is a term that means we tax the people less and allow them to spend their own money wisely. After all, you know how to spend your paycheck better than Uncle Sam does, right?

Laissez-faire is Adam Smith’s principal which means the free market system will dominate. Get the hand of the government out, and let the people determine their destiny. Let the market correct itself, let it do what it does best. By the government getting involved via raising taxes, adding new regulations, limiting the people, more mess is created.

Unfortunately, when South Asians migrate to the United States, they aren’t educated on the constitutional history, values, and framework on which this country was founded. They automatically vote left, and associate themselves with the Democratic Party, because of the race card.

I have a great respect for the Indian community in the United States, they are one of the most successful minority groups. However, this is their greatest shortcoming. I urge all Indians to be more informed, when casting their vote. Simply voting for the Democratic Party because of the color of your skin has no tangible value to it.

Historically, the Democratic Party believes in raising your taxes from hard earned income. All of you Indian doctors out there, they want to spend your money and give it to people who do not want to study as hard as you did. They want more regulations in place which will make it harder for you to be self-employed, open that new company — take note all you IT tech guys, and entrepreneurs, who come here for the American dream. All of you small business owners should know that the Democratic Party wants the government to ultimately replace you.

In short, they want to sabotage your American dream. They are socialists, operating off of a framework similar to Russia and China. They are enemies of the American Constitution and want to continue undermining our values from 200 years ago which has made America a blessed nation. Of course, it’s not all about quantifying your income; social factors are important too. Let us remember this is the same party that supports gay marriages which sabotages family values, has “an anything goes” policy in terms liberal social values including social unrest, violent protests, criminal activity, government ownership of the people, and ultimately taking power out of the hands of the people and putting in the government control.  From what I understand, most of you left India for several reasons on this list — so why do you vote for the socialist party of America?

Geeta Chopra is the television host of three leading TV shows at PTN, Sakshi TV, and ManaTV.  She is also a public speaker and writer. She graduated with a Master’s degree from the George Washington University.