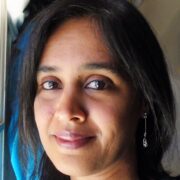 The summer of 2022 was unusually hot. The mother of all Delhi summers if you will. The sun burnt the city to a crisp. The heat hit us at dawn and wouldn’t let up even after sunset. April was a killer. As was May. World Press Freedom Day—designated to celebrate press freedom across the globe—dawned on 3 May. The irony of this celebration was as blinding as the summer sun. In India, nine journalists were arrested in 2022. Twenty-two were jailed in 2021. They were hauled off to prison from different parts of the country including Kashmir, Bhopal, Kerala, Jharkhand and Uttarakhand. Their crime? Doing their job. Reporting on crucial issues like caste atrocities, communal violence and state inaction, and abuse of power by the armed forces in conflict areas. But India is the world’s largest democracy, you say. Aren’t journalists locked up like this only in dictatorships?

The list of dissenters in India who spent 2022 behind bars is long: Sanjiv Bhatt has been in prison since 2019. The former Indian Police Service officer had filed an affidavit in the Supreme Court against the then Chief Minister of Gujarat, Narendra Modi, about Modi’s alleged role in the 2002 Gujarat riots. Activist and student leader Umar Khalid has been in jail since 2020. Khalid was arrested for allegedly being one of the conspirators of the February 2020 riots in northeast Delhi. The prosecution is yet to decide what the exact case against Khalid is though. On 25 June 2022, the Gujarat police arrested well-known activist Teesta Setalvad from her Mumbai residence. The charge? She had allegedly faked documents about religious riots in 2002. Setalvad, a prominent Modi critic, had to spend two months in jail before the Supreme Court ordered her release on interim bail. But India is the world’s oldest democracy, you say. Aren’t critics of the regime jailed only in dictatorships?

Academic Hany Babu spent 2022 in jail. This Delhi University professor was arrested by the National Investigation Agency (NIA) in connection with the Elgar Parishad case in 2020. Including Babu, 12 people—activists, lawyers and academics—have been arrested in this case. The NIA alleges that ‘incriminating details’ about Babu’s involvement in the Maoist movement were found on his computer. His laptop, cell phones and two books he was reading were seized. The books were Yalavarthi Naveen Babu’s “From Varna to Jati: Political Economy of Caste in Indian Social Formation” and “Understanding Maoists: Notes of a Participant Observer from Andhra Pradesh” by N. Venugopal. Is reading a crime under the law, you ask. Do democracies dictate what citizens should and should not read?

Before being jailed, Babu was an active member of the Committee for the Defence of G.N. Saibaba, another Delhi University professor who was convicted for his alleged links with Maoists and for engaging in activities the court termed “amounting to waging war against the country.” Professor Saibaba is wheelchair-bound with over 90% physical disability. He is currently serving a life sentence in Nagpur Central Prison.

Prominent Indian human rights defenders prosecuted for their work in recent times include Gautam Navlakha, Rona Wilson, Shoma Sen, Sudha Bharadwaj, Vernon Gonsalves, Varavara Rao and Arun Ferreira. The charges slapped on some of them by the regime include treason and sedition. But dissent is not treason, you say. Criticizing the administration’s anti-people policies and speaking truth to power are branded as sedition only by tyrannical regimes, aren’t they?

At the start of the searing summer of 2022, a film called “Kashmir Files” was released in theatres across India. It was also released with much sound and fury on OTT in May. Written and directed by rabid right-wing acolyte Vivek Agnihotri, the film revolves around the exodus of Kashmiri Pandits from their homeland during the height of militancy in Jammu and Kashmir in the 1990s. Under the guise of espousing the cause of the displaced Pandits, the film both distorts and omits facts, brazenly letting loose a tide of anti-Muslim sentiment. In a deeply polarized country where communal violence fanned by right-wing forces is at an all-time high, the film added fuel to the fire as intended by the ‘filmmaker.’ Many Indian states were happy to make the film tax-free. This dubious list of states includes Gujarat, Karnataka, Uttar Pradesh, Tripura and Haryana. (Alarming fact: the film was a huge box-office success and raked in about Rs. 330 crore.)

Months later, in November 2022 at the International Film Festival of India (IFFI), Goa, jury chairperson and Israeli director Nadav Lapid trashed the film, publicly calling it a piece of vulgar propaganda. He wondered how such a film could have found a place in the artistic and competitive section of a prestigious festival. Any child can answer that: thanks to government patronage, obviously.

Muslim girls and women in India have been wearing the hijab for decades and going about their business without bothering anyone. I had Muslim friends in school and college, some of whom wore the hijab on campus. Others chose not to. ‘Choice’ being the operative word here. In February 2022, some Muslim students wearing the hijab at a junior college in Udupi, Karnataka were denied entry to classrooms citing that the hijab was a violation of the college’s uniform policy. The issue sparked debate in other schools and colleges in the BJP-ruled state. Saffron goons started harassing Muslim students and teachers on the streets and at the campus gates, berating them for wearing the hijab, touting the cliched taunt, “go to Pakistan.”

The Karnataka government in all its wisdom declared that unform policy must be adhered to and an exception could not be made for the hijab. Citing this order, many schools and colleges in the state refused to let in Muslim girls and women wearing the hijab on campuses. After a petition was filed on their behalf, the Karnataka High Court pronounced the verdict: hijab is “not an essential religious practice in Islam.” The restrictions on the hijab at educational institutions in the state were not to be lifted.

Enter the Supreme Court of India. When lawyers requested an urgent hearing on the matter to ensure hijab-wearing students would not miss lectures and important exams, the then Chief Justice of India rejected the requests since he thought the matter “must not be sensationalized.” The pleas were listed for hearing in the Supreme Court as if there was all the time in the world to sort the matter out. Months later, a two-judge panel of the Supreme Court delivered a split decision. One judge went along with the Karnataka High Court judgment. The other was of the view that the High Court had ruled in error.

The “hijab row” shone the spotlight on the shrinking religious freedoms of Indian minority communities. These freedoms, granted by the Constitution, are increasingly under threat and at the mercy of a saffronized judiciary and administration. 2022 sounded the alarm on this front loud and clear.

On 7 September 2022, the Congress party launched its most ambitious mass contact program in the country in recent times. Led by former party president, Rahul Gandhi, the ‘Bharat Jodo Yatra’ started in Kanniyakumari, India’s southern tip. In 150 days, Gandhi aims to walk across 12 states, inspiring ordinary citizens, activists, celebrities, artists and students to join the march. The Congress calls the Yatra an attempt to heal the existing rifts in the country and to fight communalism, hatred, social disharmony, political centralization and rising inflation.

Whether the long march will stitch together the tattered social fabric and douse communal fires is yet to be seen. Whether it will revive the flailing political fortunes of the Congress in time for the 2024 general elections is also a big question mark. But hordes of people are turning out to walk with Gandhi and to espouse the Yatra’s cause. Despite the lukewarm coverage of the Yatra by mainstream media outlets, the crowds are swelling. Whichever state Gandhi and his team walks into, the reception has been spectacular. The public is taken up with the idea of a leader who talks of peace and unity, not war and polarization.
The Yatra has asked the Indian voter to give peace a chance. So far, the response to the call has been heartening.

And that seems like the silver lining of an otherwise bleak 2022.