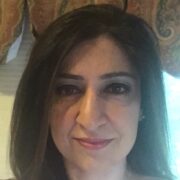 This entire Salman Rushdie attack has really disturbed me. On the one hand, Salman is a mad man. I mean, he writes a farcical novel based on his magical senses but needlessly drags our beloved Prophet Mohammed into the mix.

It’s a book about immigration and assimilation, Margaret Thatcher; good versus evil. Was there any need to go Biblical? On the other hand, violence begets violence — what happened two days ago in New York has only served those who vehemently resent Islam and Muslims. It becomes a reason to believe Islam promotes hate and violence.

The assailant is a U.S.-born 24-year-old of Lebanese descent. He won’t even know anything about what happened 34 years ago but indoctrinated by Islamic fundamentalists, no doubt (just me speculating here). Not only has he declared himself not guilty, but attacked Salman so publicly in front of hundreds of people.

He’s going to be banged up for life … but this is still the holy month of Muharram — the start of the Islamic calendar and sacred to Shias especially since it was the martyrdom of our Holy Prophet’s grandchildren — they were martyrs. So, in effect, the literary world will see Salman Rushdie also as a martyr.

Guys, can you catch my drift? I am not particularly religious, but very spiritual — Islam is embedded in logic, common sense; peace; liberalism and spirituality.

I would rather the world turn its attention to the ongoing shocking and abysmal plight of the women in Afghanistan. What is their crime for the ongoing punishment they receive?

I’ve read Salman’s work — I’ve got “Midnights Children” on my bookshelf (was a gift) and, trust me, he’s a dry and dull writer. I hold no anger towards him nor believe he deserved this attack, I am more bothered about myself — I was accosted at school when “The Satanic Verses” was published and the Muslim world went stark crazy!

I remember being frightened as ever in St. Anthony’s when 2 girls pinned me against the wall and said “what’s wrong with you Muslims … it’s only a Book!” I thought they were going to beat the living shit outta me. I cursed the avenging crazy Muslims in the streets and across the world, and I cursed stupid Salman Rushdie — the MAD MAN for writing that book.

I am all for freedom of speech but there are boundaries. Have your say, but keep all religions out of your free speech. If Salman dies through this attack — we as Muslims in the West are going to be worse off. If he magically survives the attack, he will be scared for the rest of his life. But again, Islam is only going to be seen in even more of a negative light.

Time for those Muslims to follow Islam and start using common sense.

Dr. Sairah Qureshi is the Founder and President of Action Against Bullying, LLC, which works with schools, the community, and educators, consulting on workplace bullying across New York, New Jersey, and the UK.