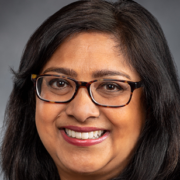 Tuesday was an amazing day. This Indian immigrant, who came to this country at eight months old with $6, was invited to the White House once again. This time I was honored to attend the bill signing of the historic Inflation Reduction Act, which includes $380 billion (with a B!) for investments in our climate. It’s extremely moving to witness such a pivotal moment that will change not only our nation but the planet. This act is the most aggressive, forward-thinking, and the most significant investment in climate to which this country (or any country) has ever committed. I hope that other countries will follow suit.

With this signing, the United States will be, once again, the leader in climate action. The creators of this act took into consideration a lot of the work that we’ve already done in Washington state. Our climate commitment act, our EV infrastructure bill (which was my bill), our investments in EV infrastructure rebates for folks to switch to electric cars. But to achieve net zero emissions, we must make greater use of electric vehicles. We need to employ green roofs. We must lead in the reduction of greenhouse gas emissions. We absolutely must invest in sustainable energy sources like solar, land-based wind, and offshore wind. And we need to stop subsidizing industries whose by-products further degrade our environment, such as coal and oil.

Furthermore, we need to limit our energy infrastructure investments to renewable resources. Renewable means that the resource is continuously available, as opposed to finite resources like oil that comes out of the ground or coal that comes out of our mountains. And yet, these choices alone will not get us to where we want to go.

Because, while we talk about saving the planet, what we need to start talking about is saving civilization. The planet will be fine. It will keep turning, keep cycling, and it will heal itself. What will not be fine is civilization as we know it. If you have children and grandchildren, they’re going to ask you, “What did you do when the impacts of climate change became clear? What did you do to preserve this planet, human civilization, and our society?”

Do you have an answer for your children’s children? I am committed to continuing my work for the environment, our planet, and our civilization, and my answer will be that I did everything within my power to make sure that climate was front and center in our nation’s priorities. To make sure that your grandchildren’s lives were taken into account, and that the next seven generations would be taken care of. That we would use renewable energy sources like wind and solar and wave technology from our rivers and oceans – unlimited resources that we already know how to harness!

I had a professor in graduate school who said something that I’ll never forget. She said, “All of the technology to solve all of the world’s problems has already been invented. We just need the political will to do so.” That was one of the moments that pushed me toward a career in public office. Political will is something that I’ve definitely brought to the legislature, and I’ve happily found legislative colleagues to join me in the effort to make climate action a more accessible endeavor for all.

On Every Mother’s Day, There’s One Memory That Reminds Me How Universal Motherhood Is

I’m honored to be invited to the White House once again to celebrate the historic passing of the Inflation Reduction Act. The $380 billion of investments in our climate will permeate all 50 states, all nations, and our globe. I am honored and excited to continue my work and my legacy of fighting for the climate, fighting for civilization – fighting for you, your children and their grandchildren.

What will you do?

Mona Das is an American politician and a member of the Washington State Senate from the 47th district.