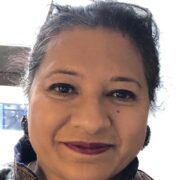 “The Kashmir Files” makes you uncomfortable, angry, frustrated and helpless. You are not actually watching a movie but witnessing the horrors of the 1990 mass exodus/genocide of Kashmiri Pandits. The pain, the helplessness of the Kashmiri Pandit families and the cold-blooded killings make you want to throw up and hang your head in shame. India as a secular democracy has failed these peace-loving people. This movie needed to be made for the catharsis of every Kashmiri Pandit who was displaced

Stories can empower or disempower people. We need to choose how we can get affected by content like this. Both my friend and I came out shaken and numb because this movie depicts what happens when majority rhetoric becomes communal. Minorities anywhere don’t stand a chance against money, might, religious fanaticism, racial supremacy and dirty political agendas. This will be one of the darkest periods of the war-torn area of Kashmir.

This film has been made with a lot of research and shows gruesome facts. The government, the media, the people failed the Kashmiri Pandits. My heart goes out to all who went through this harrowing ordeal. I couldn’t help but also think about the 1984 anti-Sikh riots and the Gujarat riots in 2002. There, too, the minorities bore the brunt of ethnic hate and polarization. So many Muslim and Hindu brothers and sisters lost their lives.

I have been a minority in India as well as a minority here in the U.S., my home for the past 30-plus years. If we proudly stand for our rights and privileges for minorities here, shouldn’t we be voicing the same for minorities in India?

A pertinent question that a Kashmiri Pandit raised in an interview I read recently was:
Do we wish to extend this trauma for all Kashmiris or together can we support a Kashmir where they all live with dignity?

I think many people have seen “The Kashmir Files.” It has generated a mass hysteria that I’ve never seen for a film. A movie or should I call it a movement that is being promoted by the Prime Minister of India definitely demands attention.

Director Vivek Agnihotri’s ideology aligns with the present government but I hope his research and hard work in making this movie brings the country together and does not incite violence and demands of ethnic cleansing because then we will only be repeating painful mistakes of our history.

I came out with a very strong negative attitude towards Muslims after watching this movie, especially the ending. I hope we check our thoughts if we feel like that. Let’s not target our anger and frustration at one community. But think how we can make a wrong done 30 years ago right. Hope the ghar wapsi or the coming home of Kashmiri families is smooth and without any more challenges.

I hope this movie becomes a springboard for peace and unity, not hate and polarization.

Namrita Yuhanna is a poet and San Fransisco Bay Area-based host of a radio talk show on Bolly 92.3fm. She believes everyone has a story to tell and the potential to enrich others through their actions.