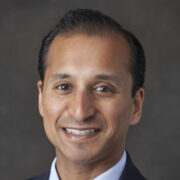 When it comes to delivering results, you would be hard pressed to find another President who has accomplished so much in just one term.

Here is a snapshot of just a few historic achievements the President achieved heading into 2020:

For the Indian American community, it is clear that the policies the President has promoted and passed has benefited us. Last fall, more than 50,000 Indian Americans attended a rally in Houston, Texas, featuring President Trump and Indian Prime Minister Narendra Modi. The symbolism of the two leaders of the world’s largest democracies on the same stage joining hands, was not lost on the American people, nor on our adversaries.

Since the Coronavirus hit our shores, the President has taken unprecedented steps to address this global pandemic, which has now affected 215 nations and territories. He instituted travel restrictions on China on January 31 and urged Congress to pass the “Coronavirus Aid, Relief, and Economic Security (CARES) Act,” which he signed into law on March 27. This $2 trillion economic relief package provided direct economic assistance to American families and small business owners. It provided $1.5 billion to states for personal protective equipment and $16 billion to replenish the strategic national stockpile (SNS) with vital medicines.

This fall, the President ensured that the SNS was replenished with 120,000 ventilators, by invoking increased production utilizing the Defense Production Act (DPA). In fact, the President invoked the DPA 78 times during the pandemic, and will provide states with more than 150 million rapid point of care COVID-19 tests this year, through a partnership between the Departments of Defense and Health and Human Services.

The President has also invested billions in rapidly developing effective vaccines, utilizing Operation Warp Speed (OWS), an interagency approach that builds upon partnerships between federal agencies, states, and our allies overseas. For example, phase 1 clinical trials for multiple vaccine candidates began in the U.S. and in European countries earlier this spring, and we have now entered phase 3 trials.

OWS seeks to produce and deliver 300 million doses of safe and effective vaccines by January 2021, which will help our nation curb the spread of the virus and ultimately defeat it. These initiatives are in addition to the therapeutics that the administration has funded and supported, which include anti-viral antibody treatments, monoclonal antibodies, and convalescent plasma given to patients hospitalized with the coronavirus.

The President has faced unfair and unending media bias and criticisms since the day he won the election in 2016, for one simple reason: he won an election he was supposed to lose. Since that day, he has endured one attack after another, yet, he continues to fight for the American people. He ran against mainstream politicians in both the Republican and Democratic Parties, he ran against the system that rewarded insiders and ignored regular Americans, and he took on the establishment. For that, he has been punished on a daily basis and attacked relentlessly.

Yet, he endures. Unlike career politicians who seek the presidency as the next rung to climb on their political ladders, President Trump is a businessman and outsider, who sought to challenge our political system and the politicians it creates, most of whom have been unable to solve the nation’s most pressing problems. The President didn’t need this position; he could have retired and spent his golden years wealthy and worry-free. He did this for the American people; every day he puts himself out there bringing on the daily political attacks, but his resilience and love of country knows no bounds.

Dino Teppara is an attorney and a member of Indian Voices for Trump.