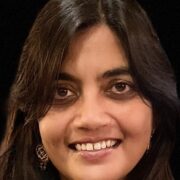 A new study by the National Contagion Research Institute (NCRI) at Rutgers University has found widespread hate against the minority Hindu religious community on numerous popular social media platforms, which disturbingly goes unrecognized in the mainstream.

Titled “Anti-Hindu Disinformation: A Case Study of Hinduphobia on Social Media,” the research maps the prolific spread of white supremacist and 4chan genocidal Pepe memes about Hindus, which are shared widely within extremist Islamist web networks and messaging services. Researchers at the NC Labs at Rutgers University used artificial intelligence to track and understand the development of disguised and coded language patterns used to disseminate hate.

A detailed discussion of the report with its key authors, Chief Science Officer and NCRI Director, Dr. Joel Finklestein and Prasiddha Sudhakar, one of NCRI’s analysts and principal authors of the report showcased the main takeaways of the research and provided a fascinating insight into the process, its findings and its real-life impact. For instance, an analysis of 1 million tweets showed Twitter accounts based in Iran spread misinformation about geopolitical events while claiming to be from Pakistan, thus actively fomenting religious tensions across the Indian subcontinent.

Dr. Finkelstein pointed out that the methodology and tools in question have been widely used to detect hate on a wide range of topics (everything from vaccine hesitancy to anti-police hate) — before they emerge into the real world. “It (Hinduphobia) is a hatred very few people have learned to detect or even believe exists. Our report shows why that might be the case — a lot of the mythology that pertains to Hindus is highly coded.” He went on to point out how the extremist language might often be dense and coded as jokes or memes that are hard for mainstream audiences to comprehend.

Recent antisemitic and anti-Asian attacks have shown how a “fever pitch” of hate speech on social media can translate to violence against people in real life. Yet, anti-Hindu disinformation rarely gets highlighted the way hate against other minority communities does. Even when it does manage to get reported, it is often dismissed as wider anti-Indian xenophobia or generalized racism. Very often, this process is led by South Asian scholars and activist groups who downplay the very Hindu-specific imagery, words and concepts used and try to rationalize the hate.

Yet, data in the report repeatedly shows genocidal memes and messages with decidedly Hindu imagery, sacred symbols, practices, and livelihoods. This is critical to keep in mind, as it is important to identify the dog whistles that target Hindus on social media. The study highlights words like “pajeet” and scatological references that present Indians as backward, dirty, perverted and unintelligent and makes the hate more Hindu specific via symbols like tilaks, bindis, the color saffron, the sacred swastika and more.

Words like “nationalist,” “extremist,” “rashtra,” and “caste” as well as a recurrent association of Hindus with Nazis, are used to portray everyday Hindus as extremists who perpetrate violence against minorities. We even see the recycling of antisemitic slurs, caricature-like imagery and tropes that target Hindus – for instance “Brahmin Occupied Government” being recycled from “Zionist Occupied Government” to relay themes about Hindu dominance and control in places of power.

‘We Always Exist On the Verge of Threat’: Do Dalit Lives Matter in America?

Online hate can lead to real-world violence – NCRI’s previous research on vulnerable and minority populations, has observed that the persistence of online hate can eventually lead to real-world acts of ethnic violence. Thus, law enforcement must unite to counter this hate before it is too late and like others, the Hindu community must take security measures to ensure its safety and the safety of the next generation.

As John Farmer, the former Attorney General of New Jersey writes in the foreword to the report, there is “unfortunately, nothing new to the bigotry and violence faced by the Hindu population…in a manner similar to antisemitism, today’s Hinduphobia exploits tropes that are centuries old to re-ignite hatred.” He adds that “hate has a long memory. While hate speech — and the acts of violence it spawns — may wane and lie dormant, it never entirely disappears. The ‘dot busters’ may no longer be active in New Jersey, but their ideology surfaced as recently as 2021 in Atlanta.”

Pushpita Prasad is a board member of the Coalition of Hindus of North America — CoHNA. She is a storyteller and communications professional with a background in working with media, technology and history. She researches and educates about topics related to India and Hinduism, decolonization, media representation and Human Rights.