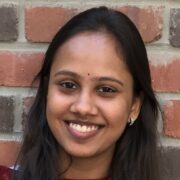 In the 1960 and 1970s when many Indians were moving to the United States in the quest of their “American Dream,” a young sociologist from Minneapolis, Gail Omvedt, came to India with her curiosity about social stratification, which she was to later term as the “cruelest exclusion” — the caste system. She came to India to research her Ph.D. dissertation, perhaps one of the first American scholars who showed genuine interest in understanding the lives of the oppressed from close quarters, but in the process adopted India as her own country and the people as hers and continued to advocate for the rights of the marginalized communities such as Dalits, Adivasis, and women. What makes her unique is that she was never an armchair scholar and combined her profound scholarship with grassroots activism — a rare combination that brings positive societal transformations.

She learned Marathi over the course of her Ph.D. fieldwork in Maharashtra, titled “Cultural Revolt in a Colonial Society: The Non-Brahman Movement in Western India, 1873-1930” which highlighted the revolutionary work of Jyotirao Phule through his organization Satyashodhak Samaj and the emergence of the non-Brahmin movement that peaked in the 1910s and 1920s before B.R. Ambedkar emerged on the social and political horizon. She later married Bharat Patankar, a doctor and an activist, to finally call Kasegaon village in Sangli, Maharashtra, her home. And thus, she became an integral piece of various social movements in Maharashtra such as those related to working-class, anti-caste, agriculture, Adivasi, environment and feminist.

As a scholar, she penned various books on diverse social subjects, taught at universities, wrote for various newspapers and journals, worked for international organizations such as the United Nations Development Programme and Oxfam NOVIB.

One of her important books, “Buddhism in India: Challenging Brahmanism and Caste,” alluded to being a “really wild book that falls in between ‘activist journalism’ and ‘expert scholarship’.” In this book, she presented the history of Buddhism through the caste lens. In her another famous book, “Seeking Begumpura: The Social Vision of Anti-caste Intellectuals,” she focused on subaltern visionaries of the anti-caste movements across India, such as bhakti saint Ravidas, Chokhamela, Janabai, Kabir, Ravidas, Tukaram, the Kartabhajas, Phule, Iyothee Thass, Pandita Ramabai, Periyar, and Ambedkar. Through the idea of Begumpura, a modern casteless, classless, tax-free city without sorrow, first propounded by Ravidas, she contrasted the Brahmanical and Hindutva narratives. In “We Will Smash This Prison,” she presented a powerful recollection of her grassroots activism for women’s rights, along with her mother-in-law Indutai Patankar, a veteran communist leader.

Along with Patankar, she translated several Marathi works such as Phule’s Marathi book “Shetakaryacha Asud” and Sant Tukaram’s abhangas into English.

Never a shrinking violet in the background, she was at the frontline of public protests, padayatras, meetings, and conferences, where she addressed people in Marathi with great gusto and patience to deliver her message across. She dissolved into India’s social fabric with great ease and received support from all echelons of the society; neither her colleagues nor authorities were hardly reminded of her foreign origins. Her accessible and accommodative nature made her the center of attraction at various events where men and women, farmers and workers, Dalits and Adivasis, all were drawn to her to express their woes.

Gail and her husband founded the Shramik Mukti Dal to organize farmers and peasants in the early-1980s, based on an ideology that was not simply based on Marxism but Marx-Phule-Ambedkarism. She was also an active member of Stri Mukti Sangarsh Chalval which works with abandoned women, and the Shetkari Mahila Aghadi, which works on issues of women’s land rights and political power.

When an activist on the streets, it was difficult for commoners to fathom Gail’s scholarly brilliance, and in her writings, it was difficult for the scholars to imagine of her hardcore grassroots advocacy work. This beautiful blend of ‘activist-scholar that she possessed made academic knowledge accessible to the masses, at the same time lived experiences became part of her scholarly work. This was the bridge between academics and activism that very few were successful at building; Gail was a champion.

In early August, her daughter Prachi Patankar had begun a series of Facebook “appreciation posts” for her on the occasion of her 81st birthday. These posts spoke of the remarkable contributions of Gail from academia to activism, Dalits to feminists, and much more. But unfortunately on 25th August 2021, she breathed her last in Kasegaon. She will be remembered forever as a person who successfully donned multiple hats as an academic, political thinker and human rights activist. She will continue to live on through her writings and her activist spirit which she channeled to several others.

Swathi P. is a concerned Indian citizen and volunteer with Hindus for Human Rights. She was the Chief Program Officer at an agri-business start-up that aims to transform farming into a profitable business for smallholder farmers. She is a Young India Fellow, Lead Like a Girl Fellow, Caux Scholar (Asia-Plateau) and GGI Impact Scholar. Her learnings from both successes and failures have inspired her to think of public policy as a career wherein she wishes to co-build solutions with marginalized communities, and wants to push for inclusive and sustainable development.