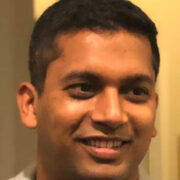 Two weeks ago, in a most shocking resolution passed by the Teaneck Democratic Municipal Committee (TDMC) of New Jersey, and signed by Alexandra Soriano-Taveras, the chairwoman of the committee, a false, brazen, and provocative attack was made on Hindu American volunteer, advocacy, and service organizations. The organizations it named include, the Hindu American Foundation, Ekal Vidyalaya Foundation, Vishwa Hindu Parishad of America and the Rashtriya Swayamsevak Sangh.

This whole episode was a shock to the Hindu community, it was like a direct attack on their principles, value system and practices. The way TDMC worded the resolution is full of false allegations, missing facts, blatant lies, and zero understanding of the good work done by these organizations, they simply played the role of pawn in the big sea. The resolution accused the community organizations of “weaponizing” bulldozer (against Indian minority communities) during an India Independence Day Parade in New Jersey.

Around 55 + large organizations with around 200,000 members in New Jersey sent the letter to all the members of Teaneck township, TDMC members and many other elected state representatives across New Jersey. The model minority community has become the target of political ideologues, religious and faith supremacists, etc.

New Jersey State Senator Vin Gopal, in a strongly worded statement of support for the Hindu American community, condemned the resolution and called for its immediate rescission. In his statement, he said, “It is unfortunate that this committee that purports to support the ideals of the Democratic Party would act in a manner that illustrates the type of bigotry and hatred that we are working hard as a country to eradicate from our society.”

Later, U.S. Congressman Josh Gottheimer released a statement “I’m deeply disappointed by the anti-Hindu resolution in Teaneck. Jersey Values are about bringing people together and celebrating diversity, and decrying extremism wherever we see it because that’s what makes our communities strong. I am committed to tackling racism, bigotry, and all forms of hate.”

After a few days, the New Jersey Democratic State Committee (NJDSC) released a statement and condemned the anti-Hindu Resolution — NJDSC Condemns Anti-Hindu Bigotry, followed by the Teaneck Councilman Keith Kaplan, Teaneck Mayor Jim Dunleavy condemned the hateful resolution and demanded the rescind. But the Chairperson Alexandra Soriano-Taveras and members of TDMC ignored the voices of its own party.

The Democratic party of New Jersey has come to a state where a small unit starts ignoring it and all its members and chairperson proceed with their own personal and hateful agenda which is against the foundation and principles on which the party was formed.

The Democratic party declares “they stand for inclusivity and diversity, for dismantling all forms of hate and bigotry”, but if they can’t even control their own small units, then how in future small communities and minorities like Hindu Americans will build trust in them?

It’s time for the Democrats to act, take a stand, and send a strong message by disbanding the TDMC or replacing the TDMC members. Truth can only sustain or prevail if everyone calls it out and stands together.

Gaurav Singhal is a Senior Principal Software Consultant at Oracle America, Inc., for the last 11 years. He enjoys adventure trips and being involved in volunteering activities.