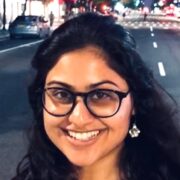 As the 2020 elections draw to a close, Sen. Kamala Harris is set to write a new chapter in history, by being the first woman of Indian origin to be elected Vice President of the United States. Simultaneously, one may also look forward to several other Indian American candidates winning races for U.S. Congress and Senate. One such Indian American candidates, Raja Krishnamoorthi, is the incumbent U.S. Representative for Illinois’s 8th Congressional District and is certain to win the re-election on November 3.

Since Krishnamoorthi’s election in 2016, he has shown his ties to the Rashtriya Swayamsevak Sangh (RSS, also known as the Sangh) — the right-wing paramilitary organization from India famous for espousing caustic views on religious freedom, casteism, women’s emancipation and Hindutva.

Hindutva, a strain of ultra-nationalism conflated with the broader goal of establishing a Hindu state in India that leaves little room for minorities to breathe. The RSS is also the ideological wing of India’s current ruling party, the Bharatiya Janata Party (BJP). The current Prime Minister, Narendra Modi, is an alum of the RSS.Although the RSS is rooted in India, it finds a set of variegated chapters in the United States and has been infamously touted as being analogous to the fascist KKK.

Aiding the RSS’s goal of a transnational alliance, the Democratic party is replete with members, staffers, and candidates that abet the Hindutva ideology. Imputations of an Indo-American RSS coalition first surfaced in September last year when Biden’s campaign advisor, Amit Jani showed explicit appreciation for Prime Minister Modi, even sharing photos of them together on his social media. Since then, several faces, both Democratic and Republican have emerged in the American electoral landscape as being Hindutva sympathizers. Krishnamoorthi’s ties to the Sangh, and its affiliates in the U.S. make him seem like a political sinecure that is aiding the RSS to implant its Hindutva ideology amongst the Hindu-American diaspora.

In September 2018, Krishnamoorthi spoke at the World Hindu Congress (WHC), hosted in Chicago and organized by the Vishwa Hindu Parishad (VHP). For a clearer context, the VHP was designated by the CIA as a militant religious organization, after being accused of inciting religious polarization. In October 2019, Krishnamoorthi participated in an event celebrating the founding of the RSS in Chicago. He shared the stage with Shridhar Damle, the Chicago-region leader of the Hindu Swayamsevak Sangh (HSS), the RSS’s international arm.

During the 2019 Howdy Modi event in Houston, Krishnamoorthi was seen warmly shaking hands with Modi on stage. Just this year, the Indian Prime Minister’s enlistment in the Times 100 Most Influential People of the Year was predicated on muzzling dissent in India and “ruling like no one else matters.” Rep. Krishnamoorti has also vocally endorsed Sri Preston Kulkarni, a congressional candidate from District 22 in Texas. Sri Kulkarni is currently embroiled in a controversy regarding his connection to the RSS.

For a lawmaker whose life was replete with the vicissitudes of an immigrant story, it is all but natural to be endowed with an anti-Trump stance. In fact, Rep. Krishnamoorthi was spearheading Trump’s impeachment probe on the House Intelligence Committee, and called for ‘thorough’ and ‘expeditious’ impeachment proceedings. Owing to this pattern of resistance against the Trump administration’s policies, Rep Krishnamoorthi’s inclination towards Narendra Modi’s ultra right wing style of governance, seems to be a complete volte-face.

A Desi Multiverse: Why Every South Asian American Must Watch Kamala Khan, aka ‘Ms. Marvel’

Rep. Krishnamoorthi’s soft-heartedness towards the RSS, and its ideology could in-parts be out of genuine predilection for Hindutva. On the other hand, one might argue that his pro-Hindutva exhibitionism could be a bid to obtain funding from Hindu-American PACs. In the run up to his 2016 run for representative, Krishnamoorthi’s campaign raised the highest amount across the House races across America. As per the Federal Election Commission records, the Hindu American Political Action Committee (HAPAC) contributed $30,000 to his campaign. The HAPAC is the same PAC that has fundraised and endorsed Sri Preston Kulkarni.

As the election histrionics in America reach their peak with the election day drawing closer, it is important for voters to know what to expect on the ballots. This is the Democratic candidate for the House of Representatives from Illinois’s 8th congressional district, Raja Krishnamoorthi — who fights fascism within the United States, but seemingly enables it elsewhere.

Mrinali Dhembla is a freelance journalist, and a student of Political Science at the City University of New York, Hunter College.