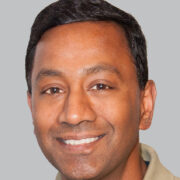 Over two thousand years ago, Plato described five types of political systems — Aristocracy, Timocracy, Oligarchy, Democracy and Tyranny. “Tyranny naturally arises out of Democracy,” he said. Margaret Atwood added recently, “The fabric of democracy is always fragile everywhere because it depends on the will of citizens to protect it, and when they become scared, when it becomes dangerous for them to defend it, it can go very quickly.”

January 6 started with historic news from the state of Georgia. Rev. Raphael Warnock and Jon Ossoff were elected as Senators in a runoff election, thereby giving control of the White House, the Senate, and Congress to the Democrats. Several hundred miles north, in the country’s capital, all the lawmakers were assembling to certify Joe Biden as the country’s next President, along with Vice President Kamala Harris, a woman of color and the daughter of immigrants.

A group of protestors had also arrived to show their support to President Trump. They believed that the election was “stolen” from them, despite no evidence of any election fraud that would change the outcome. Trump had already lost 60 cases in courts trying to prove this claim. Undeterred, the protestors listened to Trump’s demands, urging them to march down Pennsylvania Avenue to the U.S. Capitol, the seat of the Congress and the Senate. Trump had earlier told this group of his most rabid supporters to be ready for “Civil War” and had also told them in a nationally televised Presidential debate to “stand back and stand by.” This group then marched towards the majestic Capitol Hill, overpowered security, entered the building, and took it over briefly. Images were flashed worldwide of people breaking through and occupying the seats of lawmakers, including the chambers of the Senate and the House. While this would be seen as an act of insurrection or sedition, it looks hypocritical for a country that seeks to spread its version of democracy to the rest of the world.

The police did little to prevent the protesters. While that may be seen as a failure of law and order, it is good that the police did not escalate things to dangerous levels, as they did earlier in the summer of 2020. Back then, the same police had used teargas and shot rubber bullets to disperse peaceful Black Lives Matter protestors to clear the streets so that President Trump could walk across to a church for a photo opportunity. Black activists have since said, “We’re not asking you to shoot them like you shoot us, we’re asking you to not shoot us like you don’t shoot them.”

The Republican party has known all along what kind of a President their party has nominated. For the past four years, they watched helplessly as Trump hijacked their party from right under their noses, turning it into a white supremacist party. As long as he implemented tax cuts for the rich and appointed conservative judges, Republican lawmakers looked the other way. He was not considered dangerous, because he was not a threat to them. Some lawmakers even admitted that they enabled Trump to “humor” him. Before they knew it, they were riding a tiger. Some Republicans dropped out of their party and resigned from their posts early on, when they were unhappy with the direction their party was headed towards. Most continued the wild ride because it benefitted their personal political careers. After a certain point, it was impossible for them to dismount without getting eaten by the tiger.

The media played a big role in keeping the charade going. When it became hard to defend some of the actions of the President, right leaning media started to feed conspiracy theories to justify them. In a moment of amusing self-reveal, former presidential counselor Kellyanne Conway said that they do indeed offer “alternative facts.” In other words, they admitted to being complicit in enabling the President to call neo-Nazis “very fine people,” label Mexicans as “drug dealers and rapists” and praise gullible Q-Anon conspiracy theorists as “people that love our country.” After years of spewing all that hatred, the chickens had finally come home to roost.

Mary Trump, a psychologist and niece of President Trump, has said that Trump will “do anything” to stay in power. “And if all else fails,” she says, “he will burn down the house.” She also says that the remaining days before the confirmation of President Biden on Jan 20 are “potentially dangerous,” and that Trump should be removed right now. As I write this, there are calls to invoke the 25th Amendment for Trump’s removal, for him to resign immediately, or get impeached again by the House.

What Must Happen Now

One must also remember that this is not the doing of Trump alone. After all, he was democratically elected. Hitler and Mussolini were also democratically elected, until they moved towards fascism gradually. History, as far back as Plato, has warned us how this can happen. It is not enough to remove only the face of a threat to democracy. We must remove the roots of it all. In order to do that, charges must be filed against all of Trump’s enablers, in addition to Trump himself. This includes some of the most powerful lawmakers in the Republican party who were smart enough to realize what was happening before, but allowed it to happen nonetheless, and are now stepping away from the fiasco of their own making. The right-wing media, like Fox News, OAN and InfoWars, must also be charged for their spreading of misinformation, falsehoods, and propaganda.

Social media platforms like Twitter and Facebook are also guilty of not preventing the spread of lies from the President himself. Going forward, social media platforms should permanently suspend citizen Trump from their accounts for his spewing of hatred and falsehoods. Twitter has just announced that they are banning him permanently and others should also follow suit. Lastly, the media should stop covering Trump after President Biden is sworn in. A person who naturally thrives under the glare of media publicity will wither away his ideologies when that oxygen is taken away.

Even after Trump is gone, what will happen to the millions of his supporters who still falsely believe that he won? They will initially be angry and upset. But many people were also angry and upset when Trump won in 2016. In a democracy, not everyone will always be happy. That is the nature of democracy and that needs to be recognized. Deep down, a large section of Trump’s supporters is upset because they do not like to see “their country” being “taken over” by people who do not look like them. These legacy feelings from the times of slavery came back to the surface when President Obama was elected, and these same types of people feel threatened again after a white-supremacist President has just lost reelection.

However, there is reason for optimism. The younger generation is far more woke when it comes to issues of racial justice and inequality. It may take a generation or two, but as Martin Luther King Jr. said, “the arc of the moral universe is long, but it bends toward justice”.

Kaushik Pal was born in a remote college town in India and has a degree in Mechanical Engineering from IIT Kharagpur. He now lives in Canton, Michigan, with his wife and two children, and gets paid by Ford Motor Company to drive a Mustang. He amazed himself recently, when in a temporary moment of insanity, he ran a half-marathon with the only goal being to survive to be able to vote in the 2020 election.