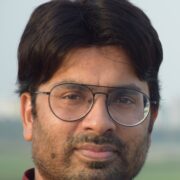 A friend of mine from Boston called me recently. He seemed to be very excited and happy. The fact that the ‘Bharat Jodo Yatra’ (Unite India March) appears to be successful was his source of joy. He kept saying that this journey will help in largely ending hatred in India. However, I responded that nothing much is going to change. Here are some reasons why I feel that way.

Images coming to us through social media regarding the Bharat Jodo Yatra of Rahul Gandhi is heartwarming. His hugging the common people, holding the hands of women and lovingly carrying children can make anyone smile and feel that at least there is one leader who is out on the streets showing people love and affection. However, the bigger question is whether this rally is going to be a game changer in Indian politics as the Congress party apparently believes.

The Congress party probably hopes that this Bharat Jodo Yatra will transform the party and the country. These hopes may be noble, but appear hollow in the face of reality. Rahul Gandhi is on a journey of 3,570 km. But the question is whether he will be able to counter the ideology which is relentlessly getting stronger in India.

It is said that the future of any country lies in the new generation. And how much Congress has been able to teach the lesson of secularism to this new generation, is well known to the people of the country. One also needs to think about whether the Congress has been able to convey its secular ideology to its own members, or if the communal ideology is growing among its workers — that Muslims, Christians, and communists are three internal enemies of this country. This is the belief that M.S. Golwalkar expressed in his infamous book “Bunch of Thoughts.”

If that is the case then Congress has no particular problem with the devotees of Godse, the assassin of Gandhi. Had there been a problem, the leader of the Hindu Mahasabha in Madhya Pradesh would not have joined the Congress in the presence of senior Congress leader Kamal Nath. Additionally, the people of Congress Seva Dal would not have praised the RSS and referred to its founder Hedgewar as a patriot. Eight legislators in Goa, along with veteran Congress leaders from across India leaving the party and joining the BJP is enough to show how successful (unsuccessful) Congress has been in disseminating its ideology to its own cadres.

How Will Ideology Flourish?

Most significantly, Congress needs to understand what kind of education is being imparted to ordinary children of this country since childhood. How is education being saffronized? And what work has the RSS done in this direction? At the government level, a lot of effort has been made to saffronize the education system. But the work of the RSS can be understood only from the fact that the Saraswati Shishu Mandir, the foundation stone of which was laid in a building rented for five rupees monthly in Gorakhpur’s Pakki Bagh in 1952, today has thousands of branches. From which lakhs of children are passing out every year.

Whereas the number of schools with Mahatma Gandhi’s ideology could not grow by even one. What is more concerning is that the children in these remaining Gandhi schools are far from Mahatma’s ideals but very close to that of Godse. The scenario is that the Alfred High School in Rajkot, where Gandhi himself studied, was also closed by the Gujarat government.

It is not as if Congress was not aware of RSS schools filling hatred when it was in power. In 2006, the Central Advisory Board for Education (CABE) clearly stated that in its report. And based on this report, the then Union Cabinet Minister Arjun Singh warned people against the ‘venom’ being injected into society by RSS-affiliated institutions. He had clearly warned – “The nation should understand the damage being done by RSS-run institutions.” But the Congress remained silent.

What Happened to Gandhi’s Schools?

I have seen the dilapidated condition of the schools opened by Gandhiji in Champaran, where the children no longer remember Gandhi but admire Narendra Modi. No prominent member of Congress visited these schools to take a look. However, all the big leaders of Congress have visited Gandhi’s Bhitiharwa Ashram, standing next to this school. The names of Sonia Gandhi and Rahul Gandhi are also included among these leaders. Most of the primary schools opened by Gandhi are now shuttered. Three more are on the verge of closure.

I have visited hundreds of schools in the tribal areas of Chhattisgarh, where in the past, at the behest of the government, Christian missionary schools were almost destroyed. Most of the existing schools have pictures of leaders like Pandit Deendayal Upadhyay, Shyama Prasad Mukherjee, Maharana Pratap, Swami Vivekananda, Veer Savarkar, and Atal Bihari Vajpayee on the walls. There are also statues of theirs in many schools. Children are forced to perform yoga, pranayama, Surya Namaskar in the morning prayer. Gayatri Mantra (Hindu chant) is also memorized by every child because they have to recite Gayatri Mantra in prayer. The slogan of victory of religion and destruction of ‘adharma’ is raised. Bhagwat Gita is chanted in the dorms.

A lot can be said about these schools. And the entire nation is in the same condition. In such a situation, Rahul Gandhi along with all the secular-minded people of the country will have to think about how hatred can be eradicated or at least be lessened. In these schools, hatred is sown in the minds of India’s new generations as they grow into full-fledged communal citizens.

If Congress really wants to fight the RSS and BJP and unite India, it will have to fight openly with the ideology of the RSS. Perhaps you cannot close their schools of hate, but you can open a chain of schools in this country, like the ones Mahatma Gandhi had opened to fight the British. Otherwise, Gandhi’s values of secularism will not take root. When the election comes, everything is forgotten. Remember how many workers of UP-Bihar were walking on the streets hungry and thirsty during the Covid-19 pandemic? But as soon as the elections came, they started saying that it is necessary to bring Modi back into power in order to save the country. All of this is done by the ideology that has been fed into their minds since childhood.

I believe Rahul Gandhi would have benefited if he had recorded the statements of victims of government atrocities and hatred of Hindutva during his visit along the lines of Gandhi. Just like Gandhiji reached Champaran in 1917 and recorded the statements of the farmers who were the victims of British oppression. The experiences and results of Gandhi’s Satyagraha altered the nature of the freedom struggle. Rahul Gandhi also has this option. He can start campaigns to educate people by highlighting what hatred has done to ordinary people’s lives and how it has harmed the nation at large. Although he is the only leader in Congress who has the spine to criticize the RSS, he needs more well-thought-out strategies and tactics to combat the ideology of hatred.

After all, when the threat to communal harmony is enormous, preparation to counter it has to be even more serious and intense. Otherwise, just like the campaigns of ‘Save Democracy, Save India,’ this journey will also prove to be a campaign to merely save the Gandhi family and Congress.

Afroz Alam Sahil is a freelance journalist and author. He can be contacted at @afrozsahil on Twitter.