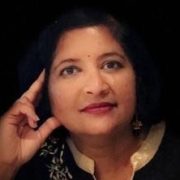 Racial inequality, police brutality, and qualified immunity are the things of the moment and I get it — it is high time we got our act together on these important issues. However, there is a lot more at stake with the next presidency, as the country starts pulling away from the stench of the Trump presidency.

Growing wealth inequality, automation replacing jobs, climate change and universal healthcare are all issues that cut across races and groups, though people of color are disproportionately impacted by these issues. In Sen. Elizabeth Warren’s own words, “Our fight is for big, structural change. This is the fight of our lives. The fight to build an America where dreams are possible, an America that works for everyone.”

Warren has a track record of championing economic justice policies and is unwavering in her support of the little gal and guy over big corporate interests. Warren has relentlessly focused on consumer protection, economic opportunity, and the social safety net. Her role in the creation of the Consumer Financial Protection Bureau, her recent proposals for expanding social security benefits, her plans to provide universal tuition free public two- and four-year college or her wealth tax on the ultra-rich should leave no doubt in anyone’s mind that we have a leader who is as empathetic as she is smart. Warren is experienced at getting things done in Washington and will hit the ground running.

This election is monumental, and Democrats need to win this. A recent poll by Politico and polls conducted by Stan Greenberg, one of the Democratic Party’s leading pollsters, indicate that a Biden/Warren ticket is the best choice to unify the Democratic Party and energize the voter base. Warren as the Vice Presidential candidate gives the best chance for a Democratic win.

Race notwithstanding, Elizabeth Warren is the right pick for Vice President. According to a letter written by Mark Green, a New York Democrat and signed by over 100 activists and delivered to the Biden campaign and a copy obtained by ABC News says:

“Race must be on the scale of judgement but not be the only weight on the scale — and meaning no disrespect to the incredible other women on the apparent shortlist, I thought for a couple of years that Elizabeth Warren was a once in a lifetime talent, irrespective of gender and race, and has presidential level skills and temperament like a Bill Clinton and a Barack Obama.”

Pallavi Pyreddy immigrated to the U.S. from India in 1994. She has been involved with the hi-tech industry for the last 23 years in Silicon Valley. She is an avid traveler and a globetrotter.  She is also a mom to a high school senior, and an adorable 3-year-old pup.