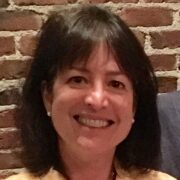 My name is Rani Bagai, and I am the granddaughter of the late Kala Bagai. My grandmother tried to make Berkeley her home a century ago, only to be driven out of the city because of her race. But if all goes well, Berkeley’s City Council might be welcoming her back by naming a two-block stretch of Shattuck Avenue after her.

Our family, now scattered up and down the West Coast, has been touched to see the “Kala Bagai Way” proposal receive support from hundreds of Berkeley residents, and get unanimous endorsements from the city’s Naming Advisory Committee and Public Works Commission.

I was also moved to read the gracious statement of support from Lisjan/Ohlone Tribal Chair Corrina Gould, who wrote: “When the opportunity to participate in the Shattuck Avenue name change came up, the Tribe wholeheartedly supported the name change to Kala Bagai Way, because we want to acknowledge that there have been, and continue to be, people who come to our territory, who have faced and resisted oppression, and whose stories should be lifted up and remembered.”

This reaching out by a friendly hand, this noble and supportive gesture, would have moved my grandmother to tears. Because it is exactly the kind of gesture that she would have made herself, for someone else.

For some people, Kala Bagai might be a historical figure, but for me and my family, she was a real person, our “Jhaiji,” as we called her…and this is her story.

In 1915, my grandmother was one of only a handful of women from what was then colonial India in California. When she and her husband Vaishno Das Bagai arrived by steamship through Angel Island, the Bay Area must have seemed galaxies away from the world she left behind. She delighted in seeing a city newly rebuilt from earthquake ruins, touring the marvels of the Panama-Pacific Exposition, and walking on a sandy beach, things she’d never experienced in India.

While she learned English, she entrusted her small children with a German family, something unheard of during World War I. And feeling lonely in a strange land, she started her tradition of welcoming other new Indian immigrants and visitors with a home-cooked vegetarian meal and instant friendship.

So, you can imagine the shock to Kala when she and Vaishno bought a home in Berkeley, only to be physically barred from moving in by racist neighbors. While horrified by their actions, she chose to remain in the Bay Area, raising her family, and supporting her husband’s work for India’s independence and freedom. In 1921, the family joyfully celebrated Vaishno becoming naturalized. Now, they thought, we are as American as anyone here!

That did not last long, as two years later, the Supreme Court and federal immigration policy nullified Vaishno’s citizenship due to Indians being recategorized as non-white. Sadly, this openly racist act drove her husband into depression, and later, suicide.

But Kala Bagai refused to be defined by this loss as well. She put her three sons, including my father, through college. She flouted her cultural norms by marrying again, to another Indian activist and a graduate of UC Berkeley, Mahesh Chandra. She reinvented herself, attending night school, wearing Western dresses, and even learning tennis. She had many close American friends and never went on a social visit without a gift box of See’s candy. In 1946 through the Luce-Cellar Act signed by then-President Truman, she was finally granted the U.S. citizenship denied to her for so long.

But mainly, it seemed to be my grandmother’s personal mission to create a welcoming community to other immigrants arriving in this land, where she herself was once a stranger, and to show the kind of generosity of spirit to them that had been denied to her and her family.

Working with both American and South Asian immigrant women like herself, she went on in the 1950s and 1960s to become an active community builder in Southern California, hosting Indian American cultural events, receptions, and benefits at community halls, theaters, and homes. She built bridges wherever she could between her adopted American culture and the great diversity of Indian culture.

As a little girl, I recall meeting South Asians from every walk of life at these functions—filmmakers, politicians, classical dancers, yoga teachers, authors, priests and lecturers—as well as from every origin—Gujaratis, Bengalis, Punjabis, Tamils, Sikhs, Muslims, Buddhists and Parsis. All were her friends, and frequently, at her dining room table. As the pace of the immigration stream picked up, so did the South Asian-American community grow and flourish. And Kala, being one of the oldest Indian immigrant residents, was at its heart until her death in 1983.

Berkeley residents may have driven Kala from the city a century ago, but this street naming would be a homecoming. It would be a way to not only address the hurt that she and others like her must have felt being pushed out, but a way to honor her for the positive force she ended up being for her community as she organized with neighbors and new immigrants, choosing to ignore hate, and focus on inclusiveness, friendship, and our global commonality.

It gives me great pride, at a time when many call to exclude certain “others,” limit citizenship, or shut borders, that Berkeley residents would consider honoring my grandmother for the role she played for so many years in both the Bay Area and Southern California South Asian American communities. I also wish to offer my heartfelt appreciation to the Lisjan/Ohlone community for their support, and recognition of Kala’s struggle and her resilience.

I can think of no better person to symbolize a city of both sanctuary and welcome. Thank you for considering renaming the two-block stretch of Shattuck Avenue as Kala Bagai Way.

This story was first published on Berkeleyside.

Rani Bagai spent most of her life in Los Angeles, working as an engineer in aerospace. She is currently retired, residing with her spouse in Seattle.