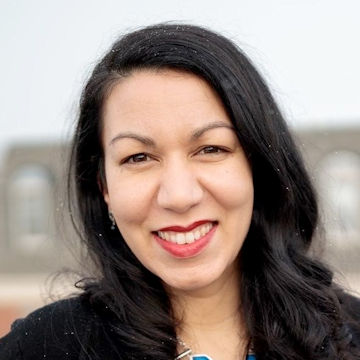 This past August, I married the love of my life on the shores of Lake Champlain in a beautiful celebration that spanned our Hindu, Jewish, Congregationalist, and French Canadian upbringings. My husband Jacob’s father was a prominent Republican dairy farmer in Charlotte and his mother grew up speaking French in the Northeast Kingdom. My Punjabi immigrant father and Jewish American mother ran an Irish pub in Los Angeles. It was surreal and special to see our families and chosen community bridge political, cultural, and social divides for the one thing that makes us the most brave — love.

This gathering was made all the more meaningful because it revealed the best of Vermont’s and our nation’s values against the backdrop of great discord and division. According to the U.S. Census, only ten percent of marriages in the country are multiracial, and recent reporting in The Atlantic highlights that nearly half of Americans would be upset if their children married someone of a different political party. This figure is up from just five percent in 1960 and reveals a growing cultural divide that goes beyond policy disagreements.

More alarming still, the rise of efforts to narrow the diversity and honesty of our educational curriculum across the country is revealing nativism and xenophobia that we must acknowledge and uproot. We have seen this before when proposed school textbooks in California allegedly contained negative and factually inaccurate portrayals of India and Hinduism.

The ‘us versus them’ narrative now is being driven into the heart of our education system under the guise of attacking Critical Race Theory, a field of legal study that seeks to identify and address the root causes of racial bias in the application of the law. In my home state of Vermont, a statewide tour is attracting small but passionate crowds who are instead celebrating white pride and making false and painful statements about our nation’s history, such as saying to applause: “Colored people stayed in the South because they weren’t that badly treated.”

Attempts at the erasure of our history and silencing of our educators will only hurt our communities and our ability to address the issues we face today. This is not what we stand for. The lessons that our children are taught in our schools will impact the decisions they make in the future. It is our job to arm them with the ability to seek truth, compassion, and honest introspection not just for careers, but for a lifetime of deep relationships and true happiness in a multicultural democracy. While we cannot undo the wrongs of history, we can learn from them and commit ourselves to a different, more equitable, and more welcoming path forward.

Vermont is already the whitest state in the country, and these sentiments may be coming from a fractional minority of residents, but they have an outsized impact on the public perception of our state and the time spent dispelling falsehoods rather than helping our students through a pandemic. Giving the best education to our young people means making them open, empathetic, and honest as they strive to be ready for citizenship, college, and the changing realities of our nation.

Underneath all of it, these political forces are trying to divide us because it allows them to take over school boards and governance systems, and then take away the freedom and resources owed to our teachers to provide an honest, world-class education for our students. Fomented anger and division, if unchecked, will ultimately lead to lower school budgets, fewer curricular offerings, and students who feel more isolated for holding marginalized identities.

Femicide in Pakistan: The Decapitation of Noor Mukadam, Daughter of Ex-Diplomat, Terrifies the Nation

When Jacob and I looked each other in the eyes and said, “I do,” it was made all the richer by knowing and embracing each other’s differences and having our beloved Vermont community embrace our love. In our histories, we had victims and perpetrators of injustice, ancestors who may have frowned upon our union, and strongly held beliefs that could tear us apart unless we examined them and recommitted to our common values. We hope we are fortunate enough to raise children here who can celebrate all of the pieces of who they are as Vermonters.

Choosing to hold all of these truths and still love each other is the bravest act of all. So I ask of you, be vocal about your support for an honest and multicultural education, center love and courage in your conversations, and do not be a bystander in a moment of false division.

Kesha Ram Hinsdale is a Vermont State Senator. She is the first woman of color elected to the Vermont Senate.

Tagore’s Girls: A Spellbinding Portrayal of the Kaleidoscopic Beauty of Bengali Women