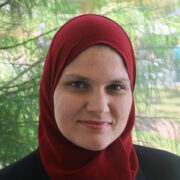 My daughter turned 3 this week. We felt every inch of her being two. The fits. The rage. The laughter. The joy. The jumping. The darting. The crashing. The cries. The shrieks. The smiles. The tears. The squeals.

She currently has a small bruise on her left cheek. She says it was acquired flying into a window. She jumps off the sofa. The coach. The bed. The chair. With very little regard for how she will land. Anytime I tell her not to, she becomes more emboldened.

We tried the tactic of telling her we love her very much and don’t want to see her hurt.  She told us not to worry.

When she potty trained in early spring, she was so proud and pleased of her independence that she packed up a bag and said good-bye. I gave her a kiss and asked where she was going. She said she was off to the moon and Mars, and she would be going by herself. She marched off to the front door and turned back, because she couldn’t open the door. I guess that Mission to Mars is on hold.

This is a child conceived the month Trump won the election and born the weekend of the Charlottesville protest. I went to the hospital for my delivery, and the whole world had shifted. During her first year she grew and began to walk. And in her movements were resistance. She is every bit the resistance of the world she was brought into.

We watch her in wonder and awe. This is a girl who we have only to stay out of her way.

She walks around saying, “I want a revolution.”

If things don’t go her way, she is singing, “Get up! Stand up! For your rights.”

When her siblings told her she wasn’t doing any work during the pandemic. She said, “I work hard outside with dad with the plants. I do a lot of work outside.”

Last August after a Kashmir protest, we heard her chanting, “Cheen ke lenghe azaadi,” with the gusto only a two year old could have.

I never quite imagined her first four syllable word would be “cheen ke langeh,” which is actually three words, but she says it as one and impeccably so. I don’t have to worry about my daughter’s broken Urdu/Hindi. If she just knows the utterance and can feel it, proper pronunciation is unessential.

We call her our “azadi baby.”

Kamla Bhasin popularized the azadi slogan at Jadavpur University in Kolkata at a women’s studies conference in 1991. A group of women led by Bhasin chanted: “Meri behane maange Azadi, meri bachhi maange Azadi, naari ka naara Azadi… (My sisters want freedom, my daughter wants freedom, every woman’s slogan is freedom).” Bhasin said she learned the azadi chant from Pakistani feminists. She told the Hindustan Times of the different dimensions of the term: “From patriarchy: Azadi; from all the hierarchy: Azadi; from endless violence: Azadi; from helpless silence: Azadi.”

To push past the communalism and denial of female education.

Girls without bounds. Girls who can channel their rage for change.

May ALL the world be yours.

Nadia B. Ahmad is an associate law professor at Barry University School of Law, Orlando, Florida. She was recognized by the Orlando Business Journal as a 40 Under 40 honoree for her community involvement and leadership.