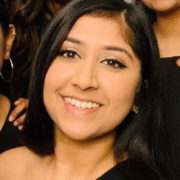 Sex is not a typical topic of discussion in South Asian homes. The matter of sexual assault and sexual harassment is also considered taboo. It’s time to unpack what makes us so uncomfortable about discussing and educating ourselves on pertinent issues that have the power of shaping who we are.

The South Asian community in America puts emphasis on modesty and aims to look perfect without coming to terms or breaking down real life problems behind closed doors. It is not appropriate to learn about an act of affection let alone an act of pleasure. When we are not taught about these intimate moments, how will anyone know when the line is crossed or is about to be crossed?

Around a month ago, thousands of people took to sharing their own painful sexual assault experiences on Twitter, using the #iwas hashtag. This hashtag stood for “I was x years old” when I was sexually assaulted or sexually harassed. The outpouring of women and men coming forward surpassed every boundary. People of all ages, color, and in different languages, were finally finding their voice to speak up about what held them down. They were finally able to narrate their own story.

In 2018, after Prof. Christine Blasey Ford came forward with the sexual assault allegations against Brett Kavanaugh, thousands of women flooded Twitter with the #WhyIDidntReport hashtag. The Me Too movement founded by Tarana Burke in 2006, really began to gain traction in October 2017 as a hashtag when an actress came forward to share her story of sexual assault against a movie producer.

This movement, these hashtags, it has been all around us, but we haven’t been willing to look.

For me, there was a difference in what I saw in 2017 to 2018 to 2020. Today, I saw an increase in South Asian girls who came forward with the #IWas hashtag. With so much going on in our country at the moment, with the fight for racial equality, and a global pandemic, it seems there is a window of opportunity for people to educate themselves on the injustices that go on around them, such as sexual violence. I believe my generation is working on breaking the stigma in how sexual assault is addressed in the South Asian community; with no shame and full accountability. It is our duty as humans to consciously speak to what is happening in our own society.

The social stigma of having your life together and keeping everything under wraps is a predominant way of life in the Desi community. Hasan Minhaj created an entire Netflix special around “Log Kya Kahenge”,a stringent mentality on basing your life around what people will say. Instead of lifting one another up to move our community further, we are in constant competition against one another. The burden of outward perceptivity and how it looks to other people has hindered our mental, and emotional growth as a community.

Knowingly or unknowingly this mentality is passed down from generation to generation, but it is important it be made known that survivors should not be silenced due to how their trauma makes others feel. It goes down to the basic level of dismissing these topics within your own home. If it is seen as a topic that will not be taken seriously, or as a light hearted subject, who can really feel comfortable coming forward? If your own community says it doesn’t happen to many South Asian people, will you not feel alienated? How will you feel supported enough to tell someone what has happened?

When South Asian survivors create that space for themselves, the spotlight is not on what has occurred, but on how we cover this up before anyone else finds out.

It is also a fear in the South Asian community that what adolescents are taught about sex, they will immediately follow. To try and make sure this doesn’t happen, and to keep young adults from being sexually active, it’s not spoken about at all. If it is spoken about, a fear tactic is implemented. It’s considered that sex education will lead to a damaging change in the youth’s actions.

Instead of teaching kids and young adults of consent, awareness of sexual abuse, and positive gender roles, these topics are shut out in hopes that they won’t engage in such inappropriate acts. This stigma pushes more under the umbrella of what we don’t talk about as a community. Education on sex would cover a much broader spectrum on one’s relationships, gender identity, intimacy, and even mental health.

When deprived of basic information, the youth is left to resort to information that may not be true, or may be depicted in a violent manner. Sex education from magazines, books, TV shows, and even pornography is not proper education. Many of these avenues romanticize domestic violence, and misconstrue gender roles which in turn propagate this behavior in adolescents.

To address that sexual violence including sexual assault and harassment happens in the South Asian community, it is also to be addressed that it is being done by people within the South Asian community. This may be the toughest pill to swallow. There is no instruction manual on how to process that someone you love has hurt someone else. But, to turn the other cheek and ignore the situation at hand only perpetuates the probability of it happening again.

If it happens within your family, you didn’t see it, so it didn’t happen. If you hear about it outside your family, it’s a private family matter and not to be discussed, or even not to be associated with. Maybe the issue is brought up, but it’s talked about without really being talked about. Sexual assault and sexual harassment are tiptoed around constantly. Without properly educating ourselves on what boundaries and respect are we are accessories to what is happening in our own community.

This is a topic that many parents don’t realize affect their own kids. Or even worse, they may know, but cannot approach. It’s also a topic that many kids don’t know how to bring to their parents. If the older generation was not formally taught about sex education, it’s impossible for them to feel comfortable teaching their children. It’s imperative to educate ourselves on sex education so we can foster an environment where people can come forward without fearing the backlash of their community or family.

My fellow South Asian peers, it’s important we start with ourselves. It’s important to hold your own accountable, and to listen to survivors when they share their stories. When you don’t, you allow room for it to happen again. It doesn’t have to happen to your sister, your mother, or your cousin for it to matter to you. There should be no apprehension when listening to someone speak their truth, and when condemning their assailant.

Will this just be a burden that we silently bear because that’s how it has generationally been handled? Or will we, as a community, hold ourselves to a higher standard?

Aditi Sinha is an avid reader who is determined to champion positive change, especially for women’s health. New Jersey based Adity loves learning new ways to help her community. And she loves dancing and watching movies. @aditixsinha