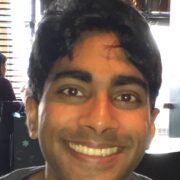 I am back. I moved into this Northern Virginia suburban house with my family in 2004, and here I am now, making yet another appearance at 25. An age most would agree is far too old to be still living with one’s parents, and for the record, I would agree. Ever since earning my bachelor’s at Cornell in 2019, I have moved in and out of my parents’ house. The various non-profits that I appended to my identity in these past few years are Urban Teachers, AmeriCorps, Literacy Lab. Finally, I started a degree in elementary education at the University of Virginia and just dropped out. I am transferring to another master’s degree program (that starts in summer) at the same university that is geared towards careers working with youth outside the classroom setting and based on my past experiences of working with the 4H program in Ithaca, I think it is a safe bet, even though proclaiming that seems artificial in light of my crippling indecision to finally figure out what I want to do. But lately, I have been thinking about the whole business of “figuring out what I want to do,” a process that besieges young adults, especially Indian American youth, as I will explain.

It is an incredibly privileged experience, this searching for purpose. Most people in the world enter the workforce after having received a basic education, but even that education isn’t guaranteed before they are out on their own. I am reminded of my favorite book, Salman Rushdie’s “Midnight’s Children,” in which the privileged protagonist practically broke himself searching for meaning in life, while his poor Hindu counterpart, Shiva, mercilessly berated him about it. He told him that searching for meaning was rich folk’s business; the poor had to focus on basic survival first and foremost before contemplating the bigger questions. Rushdie was making a statement on the privilege of even being philosophical while so much of the world quite literally can’t afford to.

This dynamic has implications for the Indian American experience, especially that of Indian American youth. My experience. It’s no secret that Indian Americans are high-earners. Some of it has to do with the privilege Indian migrants already had among those immigrating to America after 1965, but it is undeniable that another part of it is how that first generation of Indian Americans internalized what it means to be an immigrant. As an immigrant, the mantra is to work hard in this country, and opportunities will soon present themselves, especially to your children. This sentiment has been passed down from our parents to us, but one thing that has changed is the expansion of opportunities for us to realize the American Dream. For our parents’ generation, those opportunities largely lay in the STEM field. Migrants who had STEM backgrounds were given a leg-up in the immigration process because at the time the U.S. needed them to bolster its scientific manpower. My dad is part of this cohort, having completed his Ph.D. in microbiology at the University of Florida on a student visa, and then served in the United States Department of Agriculture for the past 20 years.

Even though STEM still holds a foothold in terms of jobs that pay a modest amount, there are new developments afoot among the jobs available, or rather, purposes. Young Indian Americans are infiltrating all fields nowadays. This is largely due to the fact that young Indian Americans have a generational privilege and are now in a position to pursue careers that have them feeling like they are making a real difference in this world. The only problem is when one decides to make the world a better place without having experienced its worst. Inevitable friction and struggle are bound to meet that individual, as it met me.
This friction is essentially why I left the elementary education program. Because of my parents’ sacrifices, I was allowed to believe that I am capable of making a significant difference in this world.

At the beginning of the program, I was wide and bright-eyed, idealistic. I was a big-picture thinker, and a big part of that had to do with privilege. I never had to deal with the nitty-gritty that characterizes hard-knock lives, and therein lay the friction. My idea of working with youth was based on my perception of what they needed, or rather, what I needed to sate my ego as someone who identifies as a change agent. I neglected my classes that taught the crucial knowledge of how to teach 3 + 3, as well as how to take the “b” away from “boat.” I viewed these concerns as too minuscule and, frankly, boring. What I set out to do was “collective” liberation. I bleated a lot for years about how we must work with people, work with youth, and realize a mutual consciousness that Paulo Freire would be proud of, but even that outlook itself can spell out false paternalism if one isn’t reflective enough. I was in a teacher education program, and I wanted to do everything besides the direct work of teaching the fundamentals, which is amply important in elementary education.

While I was underperforming in my classes, I proposed a project of teaching nonviolence to the students and asked the program coordinators if I could pursue such an endeavor (this is when they realized becoming a teacher was not right for me). I was well-intentioned in this request of mine. I wanted to make a difference. But a serious blind spot in my plan existed, and that was my neglect of working with students so that they may simply exist in this world, teaching them basic computations, reading and writing. While I was focused on “liberating” them by imposing dialogue about non-violence on them (heady stuff for third graders, I now admit), true teachers at heart would be first and foremost concerned about whether their students are grasping the curriculum before moving on to any extracurricular projects. This is because true teachers are in sync with the basic needs of their students and didn’t get in the job to indulge a savior complex. I did, and that was my downfall.

Even though I am sure many young adults struggle with finding purpose, I imagine this is a particular struggle of Indian American young adults like myself. We are told that we have the resources and even intellect to make positive changes in the world, but never reflect on whether our idea of positive change is the same as that of the people we intend to work with. We may pay lip-service to them but are ultimately dissatisfied when it comes to dealing with the everyday lives of people because of our lofty ideals of social justice that are frankly steeped in power, especially since we gleaned these ideals at the selective colleges we worked so hard to get into as high schoolers.

What we need, what I need, is a revolution in consciousness. A substantive and genuine one. I need to scale down the picture through which I envision my future and my purpose and focus on smaller-scale change. Having this perspective will meld my interests in social justice with what social justice actually means to the youth I will end up working with through this next program, and by grounding myself in the daily lives of people and their immediate needs is when I will truly become radical. That is when I will truly learn. Indian American youth are high-in-the-sky at the moment, high on our supposed power, and it’s about time we (I) came down to earth. I contacted a non-profit in Charlottesville called International Neighbors, a grassroots refugee services organization as a potential community partner (part of this new program I am in requires that I work with a community organization that serves local youth, which I am happy to do). My lofty mind immediately went to the many ways I could “liberate” the refugee youth, what with my Ivy League education and privileged background (a joke).

With Friends Like These: How Corporations are Betraying Our Trust and Undermining Our Rights

Then I had the thoughts that compose this essay, and upon speaking with program staff, said I would be willing to work with the youth based on the assistance they need, not the assistance I need in upholding social justice, “make a difference” identity. The main thing they spoke about was helping with schoolwork and possible English lessons. Grappling with these realities is the best education someone like me can hope for and may finally serve to ground my passion in real-world experiences. In short, I am done looking for “purpose,” a privileged enterprise in itself. What I am looking for has been with me all along, and that is the human ability to immerse myself in community work based on what that means to the community.

Even though I dropped out of the elementary education program, this is the crucial lesson I took away from it. As of right now, it is merely mental, but I hope to realize it when I head back to campus. As my psychiatrist said, neither I nor my parents are getting any younger. It’s time to “decide,” and by “decide,” I mean actually leveraging my privilege, and by doing so, undermining it and becoming closer to people that have been through a lot more than me. This is now my modus operandi, and I can pray to God that I stick with it, but that is ultimately up to me. With this newfound wisdom, I think I finally will. Let’s hope so.