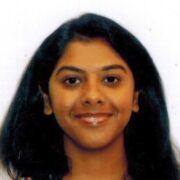 The reverberating sound of the dhaks (large drums) and the resonance of the conch shells herald the advent of the Ma Durga (Mother Goddess Durga) on her annual visit home with her children, Saraswati, Lakshmi, Ganesha, and Kartika. Durga Puja, a veneration to Goddess Durga, is the most anticipated festival for Hindus in eastern India. In other parts of India, notably the west and the south, this period is celebrated with great pomp and splendour as Navratri, or the festival of nine nights, which are dedicated to the nine avatars of Goddess Durga, and finally Dussehra, the 10th day, celebrating the victory of good over evil.

Skirts swishing in a  riot of colors, hands clapping to the beat of music, and nimble feet dancing in circles — communities come alive to the Garba and Dandiya raas during Navratri. For four days, millions of devotees throng to community festival venues all over the country, both in India and the United States, celebrating these festivals with great fervor, dressed in their finest attires. 2020 is a different story, virtually.

It’s 7:00 pm during Navratri week at IT professional Pujal Patel’s home in Los Angeles, California. As in the past years, Patel and her two daughters are ready to dance the garba, dressed in their finest chaniya cholis (ethnic Indian attire), sporting the complete Navratri look. Normally, they would head over to community venues to dance the evening away. This year, they are in their living rooms, connected to friends and family, all equally bedecked, via Zoom, the video conferencing platform. Instead of live bands, there is the home stereo system playing rhythmic music. “Dancing the garba is in my soul. Even the pandemic can’t take it away from me.” Patel is emphatic about the need to keep traditions alive, especially in 2020 when there are so many impediments to the normal way of life. “In a year filled with so much chaos and tragedy, our celebrations give us strength, hope and happiness.”

In Redmond, Seattle, Deepa Shah Gangar, a preschool teacher is usually extremely busy around this time with garba workshops and choreographing dances for the community. This year, things are a tad bit different. Just like her preschool, her virtual garba training sessions are also being hosted online from her home. Dancers perform to music in their backyards along with friends and family in the “social bubble.”

In San Jose, California, the Leland High School Parent Club hosts the annual Dandiya night, a major fundraiser for the school. Not to be outdone by the pandemic, the organizers decided to Zoom the event. With live music and over 60 families participating, all from their own homes, it was a success. Sujatha Seetharaman, President of the Leland Parent’s Club, says, “the idea was to get the community involved in a safe way, and simultaneously raise some funds to support some of the programs at the school.” Mona Shah, a Leland parent who choreographed the performances, sent out training videos on YouTube and did some rehearsals via Zoom. Like Patel, she too performs socially-distanced garba. At her home during Navratri, Seetharaman, a devout Tamilian, keeps a display of Golu (dolls) to celebrate Bommai Kolu. She hosts feasts and prayers with 40 to 50 guests coming in. This year, it is to be an online aarti and darshan.

Rajni Navin Chander, a Bay Area based IT executive who hosts similar Golu festivals, is also going the Zoom way this year. Her invitation exhorts people to dress in their finest for the “virtual Amman Aarti.” Eight to ten singers will be performing and friends will be joining in from different cities across time zones. “While I would love to host people at home,” she says, “this year I have the pleasure of friends from other places joining in”.

Navratri, Durga Puja, and Dussehra are all festivals dedicated to the idea of Shakti, strength in the divine feminine. That strength is now directed at battling the dreaded Coronavirus. In Kolkata, every year Durga Puja venues compete with each other for creative designs themes inspired by current events. This year, the theme of the pandemic dominates. Two idols especially have wowed people, with images that have gone viral on the internet. The first is Durga as a physician, with the Coronavirus itself representing the demon Mahisasura. The traditional vermillion sari, jewels and crown are replaced by a white medical coat; her spear, the injection syringe. She arrives on an ambulance instead of the lion, with her children as a part of the medical team. The other, more poignant one, is of Durga as a migrant worker with her young children, Saraswati with her swan, Lakshmi with her owl, and a young Kartick, in the arms of the mother. The imagination of idol artist Pallab Bhaumick of the Barisha Club Durga Puja Committee of Behala, Kolkata, also captured the imagination of devotees the world over.

In Kolkata, India, Durga Puja 2020 mood is at a fever pitch, despite the severe restrictions on celebrations. The city is raging with Coronavirus cases, yet, there are about 34,000 registered community Puja associations which have sought permission from the State to hold festivities. The Kolkata High Court finally intervened by passing an order banning visitors’ entry inside any of the venues, citing “uncontrollable” surge in covid cases. The Bench stated, “When students… have been prevented from attending educational institutions for more than six months and several students stand to lose a year, it is rather incongruous that Puja festivities would continue as in the previous years.” So, most venues are now live streaming the Pujas for their patrons, via YouTube, Facebook Live or their own websites.

In Mumbai, the Bengal Club (established 1922), and the Bombay Durga Bari Samiti (established 1930), were the earliest  associations of Bengalis to celebrate Durga Puja (Bengal Club began  in 1935). Over the years, such Puja organizations mushroomed over the city and suburbs, feeding millions of people through donor run community kitchens, for a period of four days. This year though, no food can be served anywhere due to health orders. Joy Chakraborty, President of the Bengal Club, explains the arrangements, “those who want to offer Puja have to pre-register online. They can watch the live stream of the ceremonies from the safety and comfort of their homes. Prasad comprising non-perishables will be delivered to them via courier.” Cultural programmes and entertainment, which form a big part of the Puja festivities, will have to be missed.

Why Some Telugu Groups in America are Opposed to Providing English Education to the Poor in Andhra?

It’s a similar story in the U.S. too. The oldest Durga Puja in North America, the East Coast Durga Puja Association (ECDPA), located in New York, is celebrating its 50th anniversary this year. While all the regular live events are cancelled, it is now virtually offering “sankalpo (a resolution prayer) on behalf of all members”. In New Jersey, the Bharat Sevashram Sangha, is offering the option of pre-registration for limited in-person Puja offering within the temple premises “following CDC guidelines and N.J. Covid regulations.” Utsov, another New Jersey Bengali association, is offering live-streaming of the puja rituals, including the opportunity to offer pushpanjali.

San Francisco Bay Area based club, Prabasi, is holding its 46th Durga Puja celebrations through a “hybrid model.” Members of the club can pre-register to offer in-person Puja at an open air amphitheater in Milpitas — currently 180 members have booked — while non-members can watch a special video production of a Kolkata puja in the setting of a traditional mansion. Prabasi typically attracts huge crowds due to performances by celebrity artists from India. Since that is missing this year, it has also impacted memberships and donations. As Samita Sen, Prabasi treasurer puts it, “We have been trying to find multiple ways and solutions to keep the Pujo spirit alive even during the pandemic. It’s a matter of preserving the heritage.”

Among others who are offering in-person puja with prior bookings in the SF Bay Area are the WomenNow Durga Utsav and the Fremont Hindu Temple. The latter has about 200 bookings of 15 minute slots each, spread over 4 days. Puja will be offered in an open air area with “contactless offering of flowers, sealed prasad boxes, and a guided entry-exit system.” For all others, there is live-streaming of all the rituals and evening devotional music sessions. Lipika Sur, IT executive and organizing committee member, feels “very blessed to be able to do this” but explains that “there are likely to be some unknown challenges even though footfalls are restricted.”

Zoom artis, face masks, temperature checks, hand sanitizers, social distancing protocols and contactless prasad service. These are the hallmarks of the 2020 festival season. Yet, the festive spirit is indomitable. No matter what the challenges are, Indians can keep up the cheer and celebrate to make the best of any situation.

Nandita Bose is a journalist, writer and editor. In the past, she has worked at magazines like India Today and Society, among others. She has been Executive Editor at Schoolnet India Ltd., an education infrastructure company. Since moving to the United States, she has been a freelance communications professional.