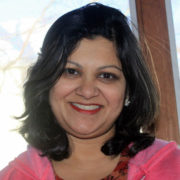 As the myriad realities of the new world emerged, the blessing began to reveal its rather mixed nature. It is difficult to get into stores, without long lines. Even in the stores, items were sparse and things were not always readily available. So much for my dreams of untampered cooking and experimenting through the quarantine. The reality of cooking for everyone while managing work and home schooling also weighed in on me. I missed teaching my classes. Everything seemed less than perfect, in fact, they seemed all topsy turvy.

About two weeks into the quarantine, I gave up feeling dejected and paused to adapt to the new normal. I began to get back to the basics. I also realized that I had more odds and ends in my pantry, than one could imagine. Instead of looking outside to try and fuel my need to work on new things, I decide to work on cooking down my pantry so to speak. This I reasoned with myself would serve my need to create new recipes, and clear out some of the items that would not be needed in a while. I hate running out of things, and at least some of this is serving me well. I am not out there panicking as I see the last box of pasta in a very empty food aisle. And for those classes, while not quite the same I am realizing that zoom can be used for more than those office meetings.

And, lastly, it would keep me from panicking. I have realized that all said and done we human beings are more resilient than we give ourselves credit for.

As I adapted to a new normal, I found myself turning to comfort foods on repeat. The simple things that are often overlooked in the ongoing hustle of life. Simple lentils, but taking the time to drizzle a little homemade ghee while serving. Making a simple creamed spinach with paneer, aka palak paneer, but taking time to make the paneer the way my daughter likes it. The value and power of simple pleasures kept me comforted. And, right along there several variations of my spiced banana bread. To my surprise, I realized that

Well, anything I make inevitably gets an Indian touch. This can be from adding cardamom instead of cinnamon in an apple cake, substituting Garam Masala instead of pumpkin pie spice, well I think you get the idea. This version of Banana Bread, is what we have settled on for our official Quarantine Banana Bread. It is somewhat healthy-ish. And its formal name is Crackling Wholesome Banana Bread. I had tasted a lemon cake sometime earlier with seeded whole millet seeds and loved what it had done for the cake and so I added that into the mix. And, since my pantry had loads of millet flour, I used that for some of the flour in this banana bread. The result here is a moist, dark and flavorful loaf. The only caution I would offer is that this cooks and browns quicker than your traditional loaf and depending on your oven, check on it a couple of times.