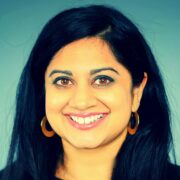 Indian American Couple in Calif. Charged With Human Trafficking in Another Instance of Exploiting Migrants

With the upcoming Diwali festival, let’s not forget our furry family members as we celebrate. Growing up in the United States as Indian Americans, most of the immigrant Indian families that we know did not have a pet, especially dogs. I knew many Indians who were scared of dogs and finding families who had a furry family member was rare.

Fast forward, in 2020, dogs are much more common in Indian American homes and even in homes in India. With the rise of the hypoallergenic (I know that no dog is totally hypoallergenic, but the dander is less), low-shedding mixed breed dogs, I believe the hypoallergenic poodle mixes have helped increase the presence of dogs in Indian American homes. These breeds have been popular with many Indians who have had allergies, and the fact that these dogs have low or no shedding, and ability to train easily.

Two years ago, I adopted a mini goldendoodle. I chose that breed because I had several family members, including my sister, uncle, and cousins who had the same breed. I felt like our family had embraced the goldendoodle breed and I was eager to continue that tradition.

After getting my puppy, I found many Indian families and Indian singles, both born and raised in the United States and those that have immigrated from India, have dogs and consider them family members, and treat them like children.

Last year, I attended my first ever dog puja (worship services to get blessings from God). When my dog was a pup, he was having some health issues and a friend of my mom’s alerted us to a dog puja that was being promoted at the Sri Bhaktha Anjaneya Temple (SBAT) temple in Maryland.

Growing up Hindu, I never ever heard of a dog puja and I was intrigued. I learned that in Hinduism, there are two commonly known references to dogs in relation to the Hindu gods. The first reference is in the Mahabharata, there is a reference to Bhairava, which is the Avatar of Lord Shiva, who uses a dog (Shvan) as his vahana (or vehicle).  Second, the Hindu god that is most associated with dogs is Lord Dattraitya, who is associated with four dogs and considered to symbolize the four Vedas. For the puja I attended, the SBAT temple was promoting a dog puja for devotion for Lord Dattraitya.

Blessings were given to the dogs through performing puja by the pandits by chanting mantras outside the temple. The dogs receive blessings for good health, and good behavior by throwing of rice and flower petals. In order to prepare for the dog puja, the temple consulted with a veterinarian on what food to provide as prasadam and also how to conduct the puja with so many dogs.

The dogs were fed warm carrot puree and warm peeled potato mash. With regards to liability, the dogs were not vetted prior to registration so it was on the owners of the dog to make sure they were well behaved and did not bite other people or other dogs.  About 10 dogs came for the puja along with their pet parents and pet families, which was considered a good showing for the first ever dog puja. All the participants were excited to have their furry family members participate. A small donation for the temple was also requested.

Turkey: My Cruise Through Greek, Roman, Christian and Islamic Civilizations and Empires

In addition to the Hindu temple pujas, I have also seen Hindu families performing a puja at the front door of the home once a new puppy or dog is brought home for the first time. The puja is done with a bhajan (Hindu hymns) and aarthi, a Hindu religious ritual, in which light (usually from a flame) is offered to one or more deities and putting a red sindhoor on the dog’s forehead, known as a Tika. Many Hindu families have posted these ceremonies on social media, which I think is a great new tradition.

With Diwali approaching, there is also a special Nepalese Hindu festival of Tihar, which is a week-long festival and the second day is known as the “day of the dogs” or Kukur Tihar.  The dogs are celebrated and blessed with flower garlands and a Tika. The animals are also giving food and treats.

As an Indian American dog owner, it brings joy that the Indian culture and Hinduism is embracing dogs as a member of our families.

Chetana ‘Tina’ Rao is a South Asian health care attorney and is currently working in a legal role for a publicly traded company in the Washington D.C. metro area. She has a passion for dogs and is an advocate for diversity, equity and inclusion.